Cristiano Ronaldo scored two penalties to tie the overall men’s scoring record with 109 goals and Portugal advanced to the round of 16 at the European Championship after a 2-2 draw with France on Wednesday.

Karim Benzema scored both of France’s goals, his first ever at the tournament after failing to find the target at Euro 2008 and 2012. 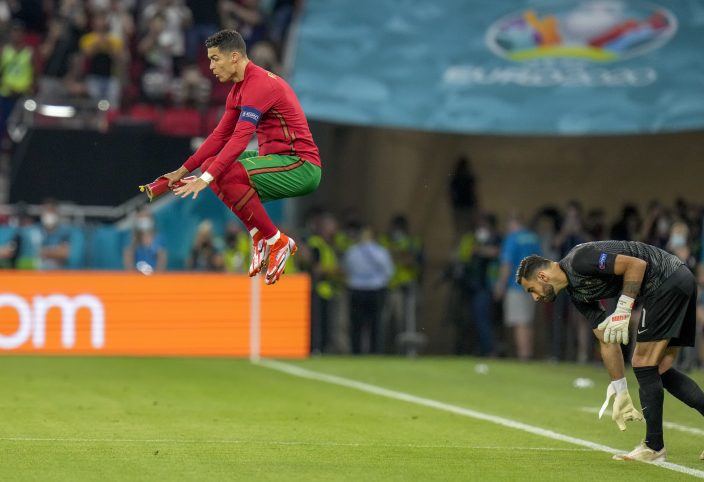 Portugal's Cristiano Ronaldo leaps in the air as he runs onto the pitch for the Euro 2020 soccer championship group F match between Portugal and France at the Puskas Arena, Budapest, Hungary, Wednesday, June 23, 2021. (AP PhotoDarko Bandic,Pool)

Defending champion Portugal finished in third place in the group, one spot behind Germany. France, which had already qualified, was first.

Ronaldo scored the opening goal in the 31st minute and then equalized from the spot in the 60th after Benzema put World Cup champion France ahead 2-1 shortly after halftime.

Benzema also scored a penalty in first-half injury time after Kylian Mbappe was fouled. It was Benzema’s first international goal in nearly six years after losing his place in the team following a fallout with coach Didier Deschamps. 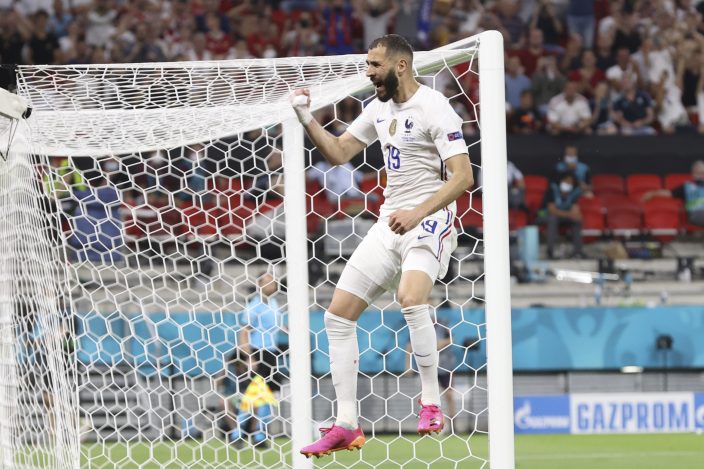 The French will next face Switzerland in the next round while Portugal will take on Belgium.

An embarrassing own-goal by Slovakia goalkeeper Martin Dúbravka in the first half put Spain on its way to a 5-0 victory. 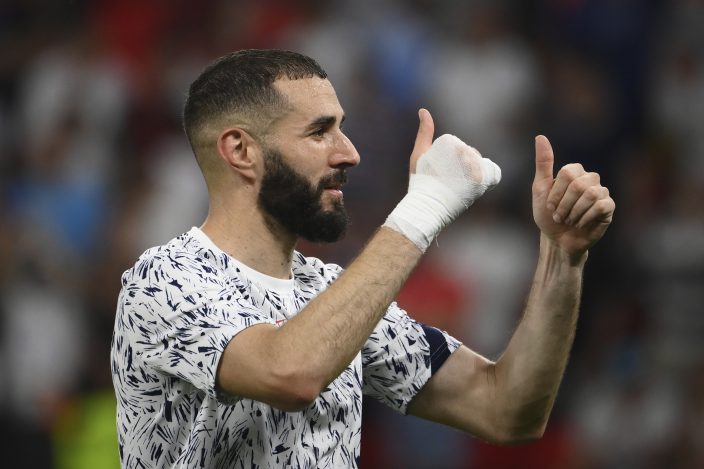 France's Karim Benzema gestures to the fans at the end of the Euro 2020 soccer championship group F match between Portugal and France at the Puskas Arena in Budapest, Wednesday, June 23, 2021. The game ended in a 2-2 draw. (Franck Fife, Pool photo via AP)

Dúbravka saved an early penalty from Álvaro Morata but then clumsily knocked the ball into his own net after it ricocheted high into the air off a shot by Pablo Sarabia in the 30th minute.

Aymeric Laporte added to Spain’s lead before halftime, and Sarabia, Ferran Torres and another own-goal in the second half made it five for “La Roja,” which had been facing elimination in front of its own fans.

The victory allowed Spain to advance in second place in Group E with five points. The team will next play Croatia in Copenhagen on Monday. 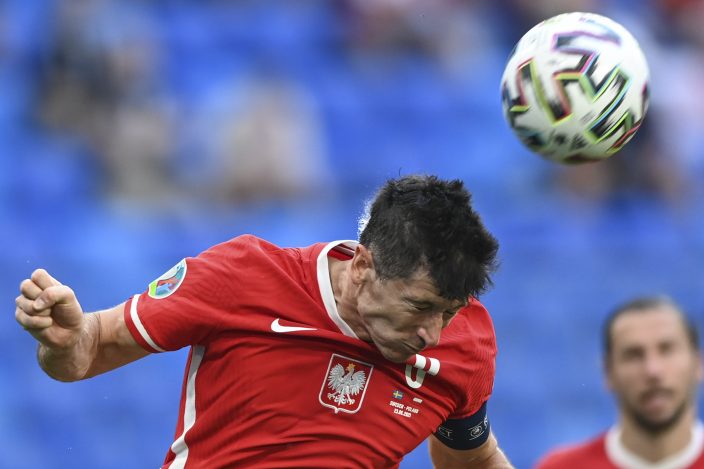 Leon Goretzka scored late to keep Germany in the European Championship after a 2-2 draw against Hungary.

Jamal Musiala made an immediate impact after coming on in the 82nd minute, eluding three defenders to give Timo Werner room to shoot. Werner was blocked but the rebound fell for Goretzka, who shot past goalkeeper Péter Gulácsi in the 84th. 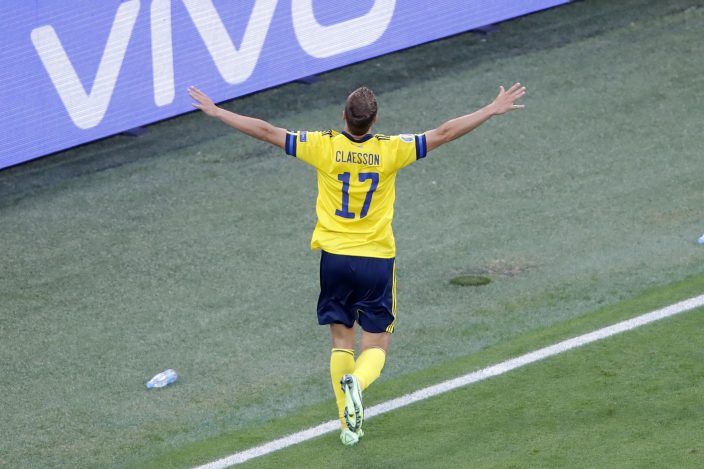 It had looked like Ádám Szalai was going to drag his team into the round of 16. The Hungary captain scored one goal early against the run of play and set up András Schäfer to make it 2-1 right after Kai Havertz had equalized for Germany.

Germany finished second in the group with four points and will next face England at Wembley Stadium on Tuesday. 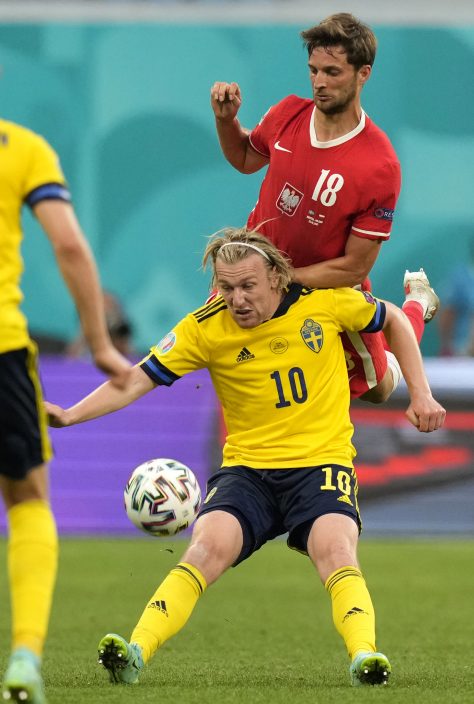 Viktor Claesson scored in the fourth minute of stoppage time to give Sweden a 3-2 victory over Poland and first place in Group E.

After heading a corner off the crossbar, the ball rebounded straight back to Lewandowski but he could only head the ball onto the same part of the goal frame. Then the ball got trapped between his legs and then went through the legs of Poland teammate Grzegorz Krychowiak, too.

Emil Forsberg had already scored for Sweden by then, after 81 seconds for the second quickest goal in the tournament’s history. He added a second in the 59th on a counterattack.

Sweden will next face Ukraine in Glasgow on Tuesday.

Lewandowski leaves Euro 2020 with three goals, his best haul at a World Cup or European Championship.