José Altuve silenced the booing fans at Camden Yards with a two-run homer, José Urquidy pitched seven innings of three-hit ball and the Houston Astros stretched their winning streak to 10 games by breezing past the Baltimore Orioles 13-0 Wednesday night.

Yordan Alvarez, Abraham Toro and Chas McCormick also homered for the Astros, who outscored the lowly Orioles 26-3 during a three-game sweep. Houston's 10-game run is its longest since May 2019 and two short of the club record.

Altuve was greeted with jeers every time he stepped to the plate during the series, mostly because he was the Most Valuable Player during a 2017 season in which the Astros won the World Series but were later found to have been stealing signs. The Astros leadoff man has heard boos from opposing fans in almost every stadium this season, but Altuve has nevertheless hit 17 home runs, including a drive in the fourth inning off Thomas Eshelman (0-1) that made it 6-0. 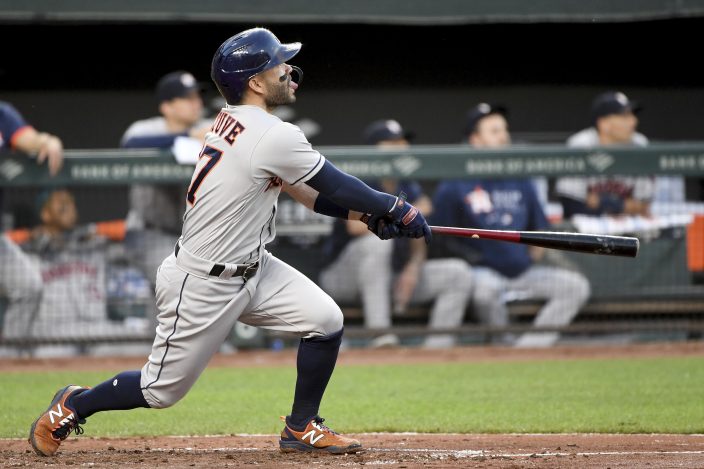 Alvarez and Toro connected in the seventh off knuckleballer Mickey Jannis and McCormick added a solo shot in the eighth.

Urquidy (6-3) didn't need to be dominant on a night in which the Astros banged out 17 hits, but the right-hander nevertheless struck out six, walked one and permitted just one runner past second base. He's won six of his last seven decisions and gone seven innings in three straight starts.

Baltimore has lost 13 of 14 and Thursday will seek to snap a 19-game skid on the road in Buffalo against the Toronto Blue Jays. 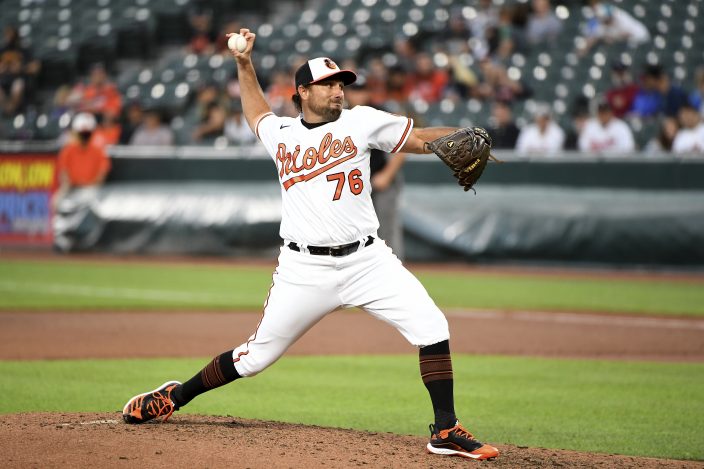 Jannis launched his big league career by striking out Alvarez, but ended up yielding seven runs and eight hits over 3 1/3 innings. The 33-year-old righty is the eighth Oriole to make his debut this season. 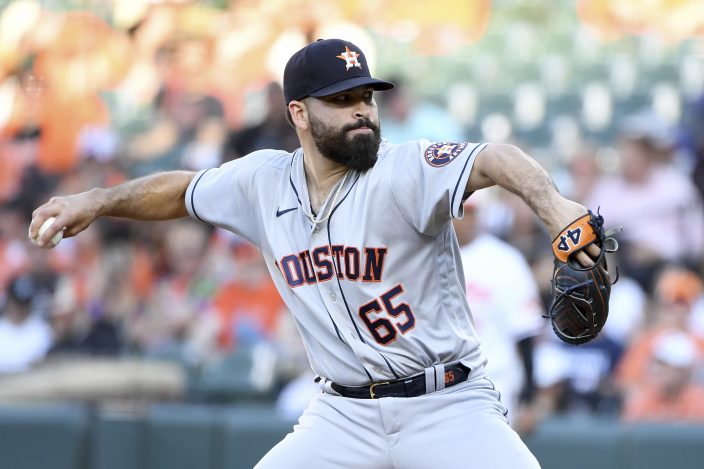 In an effort to get MLB batting leader Michael Brantley to take a load off his feet, Astros manager Dusty Baker started Alvarez in left field and used Brantley as the designated hitter. While conceding that Brantley is the better outfielder, Baker was willing to make that sacrifice on behalf of a player who was sidelined from May 25 to June 7 with tightness in his right hamstring.

“It has more to do with Michael, the workload on Michael’s legs,” Baker said. “Don’t forget he’s coming off that hammy. You’ve got to pick your poison. Do I give up some defense or do I take a chance on losing Michael? I’m more worried about that. We’re trying to protect Michael and keep his bat in the lineup at the same time."

Brantley went 2 for 4 to raise his batting average to .356 before leaving for a pinch hitter. 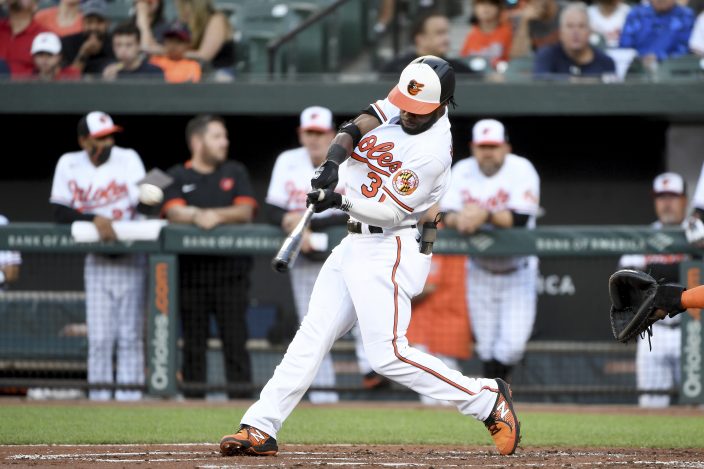 Baltimore Orioles' Cedric Mullins hits a double against the Houston Astros in the first inning of a baseball game, Wednesday, June 23, 2021, in Baltimore. (AP PhotoWill Newton)

Astros: Tucker was activated from the 10-day injured list following an unspecified illness. Houston made roster space by optioning C Garrett Stubbs to Triple-A Sugar Land. ... 3B Alex Bregman, who strained his left quad on June 17, probably won't be back until after the All-Star break. “It’s going to be at least two to three weeks or more,” Baker said. “These things don’t heal that quickly.”

Orioles: OF Anthony Santander was back in the lineup after missing two starts with a tender left ankle, an injury that will be monitored on a daily basis for the foreseeable future. “Right now he has good days and bad days,” manager Brandon Hyde said. “We're trying to manage it as best as we possibly can.”