Robbie Ray allowed one run in six innings, and three relievers completed a five-hitter as the Toronto Blue Jays earned their fourth victory in a row, beating the Miami Marlins 3-1 Wednesday night to complete a two-game sweep.

Ray (5-3) struck out six to increase his season total to 103 in 79 2/3 innings. Jordan Romano pitched around a leadoff double in the ninth for his fifth save in six chances and second in two nights.

Bo Bichette had two hits, an RBI and a run scored for the Blue Jays, who improved to 13-2 in interleague play, including 4-0 against Miami. 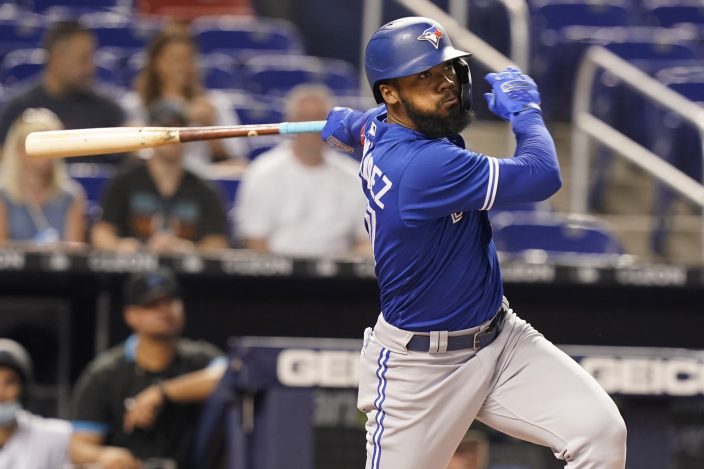 Toronto Blue Jays' Teoscar Hernandez hits a double during the first inning of a baseball game against the Miami Marlins, Wednesday, June 23, 2021, in Miami. The hit allowed the first run of the game. (AP PhotoMarta Lavandier)

Starling Marte hit his sixth homer in the sixth for the Marlins. They've been outscored 7-2 in their past three games, all losses.

Trevor Rogers (7-4) went five innings and gave up three runs, the most he has allowed since May 2, raising his ERA to 2.08. The left-hander struck out six and became the first Marlins rookie to fan 100 batters in his first 15 games of a season. 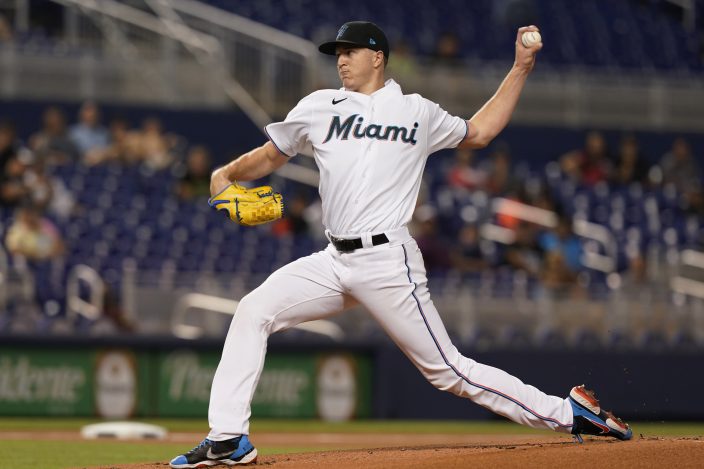 Bichette singled home a run in the fifth to make it 3-0.

First base umpire Ryan Wills had two calls overturned by replay in the first inning. Each time he ruled the batter beat out a grounder to the first baseman, with the pitcher late covering the base. Each time, replay determined the batter was out. 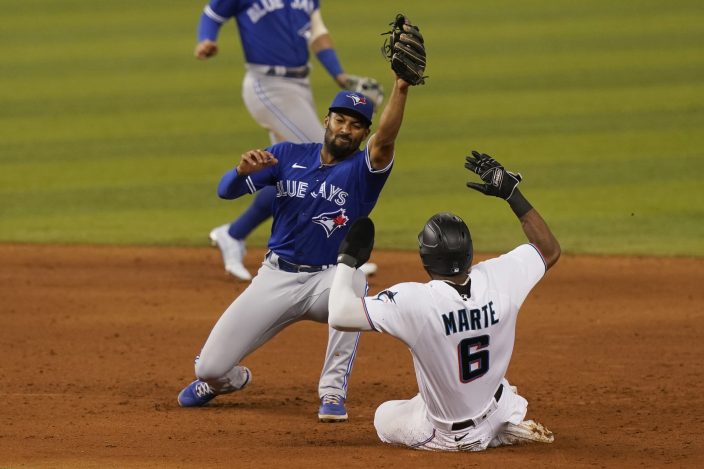 Wills also had a safe call reversed in the eighth.

Blue Jays: They begin a 10-game, 11-day homestand in Buffalo, New York, on Thursday, when LHP Anthony Kay (0-2, 6.43) is scheduled to start against Baltimore. 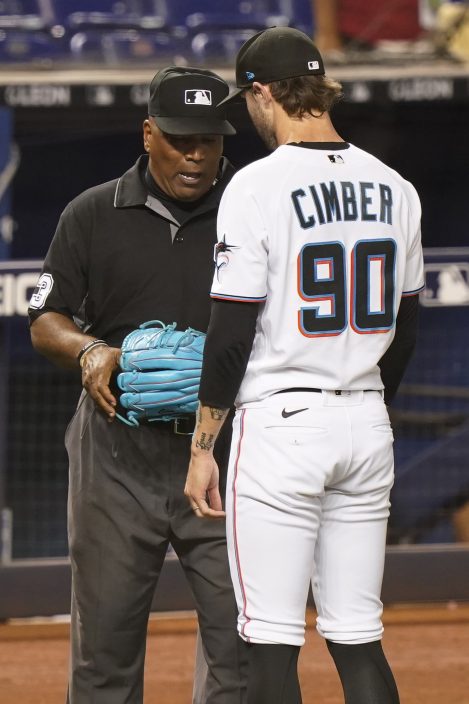 Marlins: They begin a four-game series Thursday at home against Washington, with RHP Cody Poteet (2-2, 3.90) scheduled to start.