Rich Hill (6-2) struggled with his command but limited the Red Sox to one run over five innings. The 41-year old lefty, who threw 58 of 97 pitches for strikes, gave up three hits, five walks and had five strikeouts.

Rays rookie Wander Franco, who hit a three-run homer in his big league debut Tuesday, went 0 for 3 and walked twice. 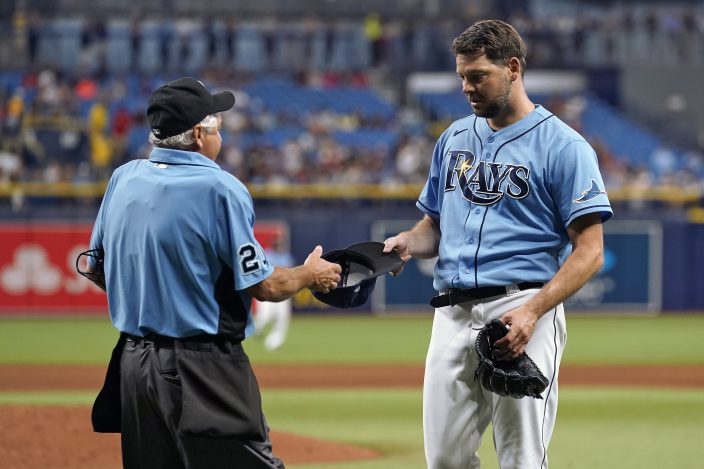 The umpires had Rays reliever Diego Castillo change his hat before he pitched the ninth after meeting near the mound. All four umpires met with Boston manager Alex Cora on the field right after the game ended.

There was no immediate announcement why the hat exchange was done. Major League Baseball instructed umpires to begin cracking down on the use of sticky foreign substances by pitchers on Monday.

Xander Bogaerts and Christian Vázquez had RBI singles for the Red Sox, who had their lead over the Rays cut to a half-game. 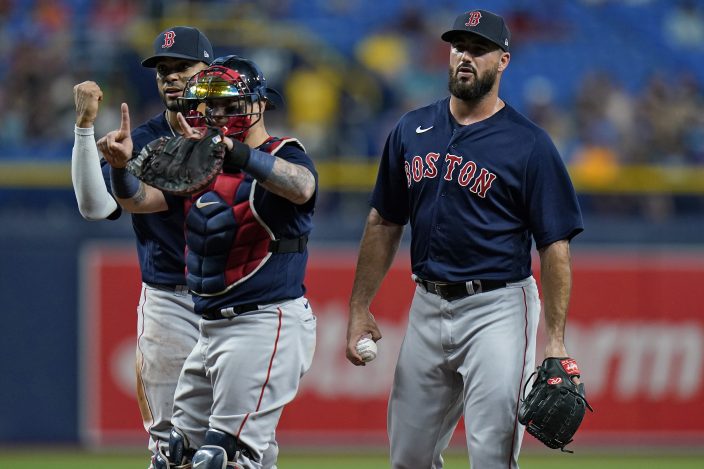 Boston's Garrett Richards (4-5) struggled again, allowing five runs, three hits and four walks in 1 2/3 innings. He has given up 15 runs over 11 innings in last three starts.

Zunino connected on his 15th homer, a two-run drive, during a three-run second as the Rays took a 5-1 lead.

Franco displayed his speed when he reached safely on second baseman Kiké Hernández’s error on a routine-looking grounder in the second that allowed Lowe to score. Hernández bobbled the ball and spiked a throw to first with Franco moving quickly down the line. 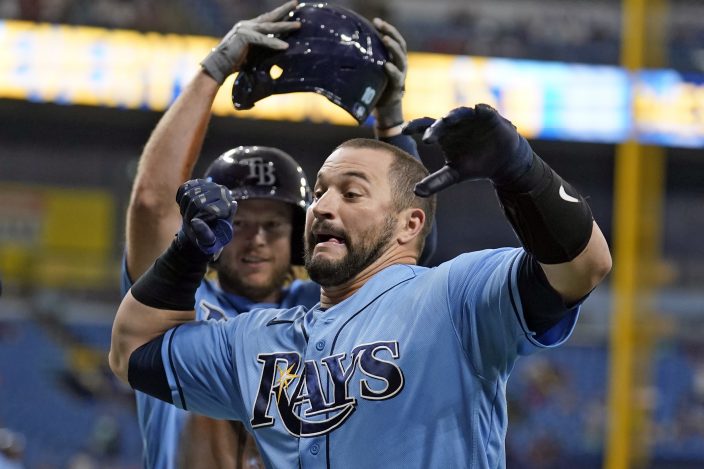 Franco drew a two-out walk in the first before Meadows made it 2-1 on his 16th homer.

The 20-year old Franco was briefly checked by a trainer in the first after his helmet came off, hit the ground and then struck under his chin as he dove back to first on a pickoff attempt.

Lowe’s three-run homer off Matt Andriese put the Rays up 8-1 in the seventh. 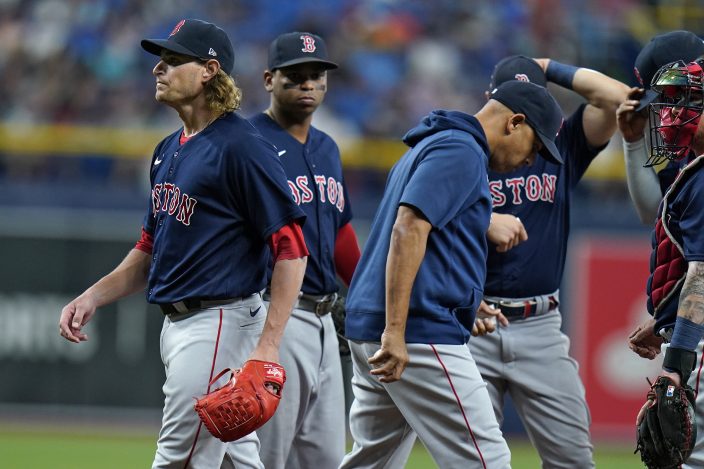 Cora, who served a one-year suspension stemming from the sign-stealing scandal by the Houston Astros, doesn’t envision himself asking umpires to check for a sticky substance. 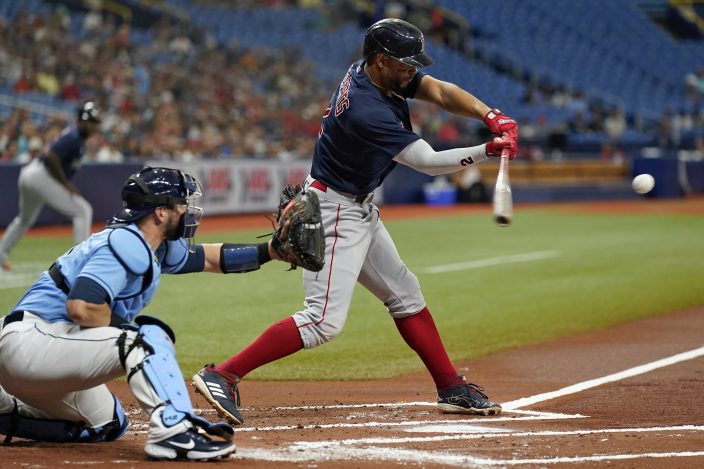 “Obviously I’m coming from a different situation than 28 other managers,” Cora said. “At one point, if we have to do it because it’s just out of control and we see it, then we’ll address it, but as of now I don’t see it.” 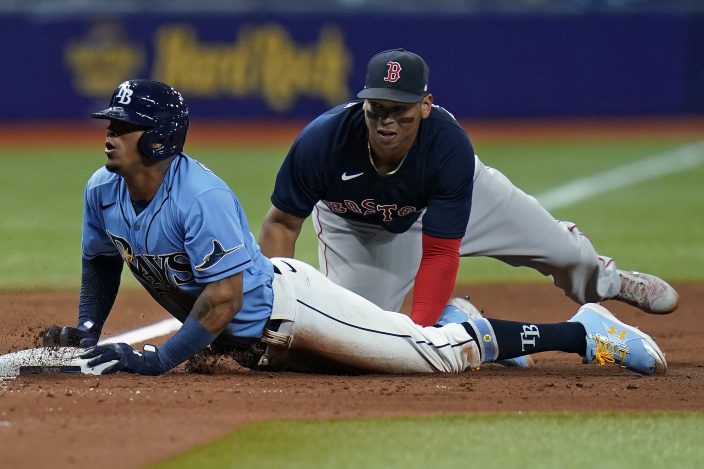 Tampa Bay Rays' Wander Franco, left, slides in safely to third base ahead of the tag by Boston Red Sox's Rafael Devers during the sixth inning of a baseball game Wednesday, June 23, 2021, in St. Petersburg, Fla. Franco went from first base to third on a single by Austin Meadows. (AP PhotoChris O'Meara)

Red Sox: INF Christian Arroyo (right shin bone bruise) is still sore and was out of the lineup.