Raúl Ruidíaz scored on a penalty kick in the 88th minute and the Seattle Sounders ran their franchise-record, season-opening unbeaten streak to 10 with a 2-1 victory over Real Salt Lake on Wednesday night.

Anderson Julio’s handball in the penalty area set up Ruidíaz’s penalty kick for the Sounders (7-0-3) in their second consecutive victory. The Galaxy set the MLS record in 1996 with a 12-0 start.

Albert Rusnák tied it for Real Salt Lake (3-2-2) tied it in the 79th, converting a penalty kick following a handball by the Sounders’ Stefan Cleveland. 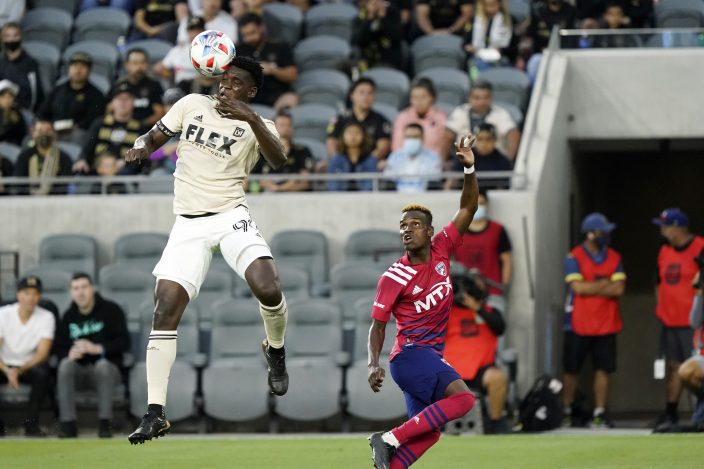 Cristian Roldan opened the scoring for Seattle in the 58th minute. He scored off a rebound on a save by goalkeeper David Ochoa following an attempt by Will Bruin. 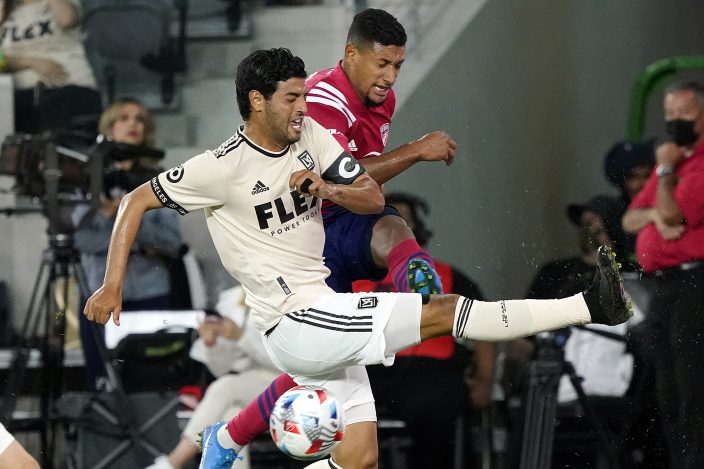 Patryk Klimala and Andrés Reyes scored for the Red Bulls. 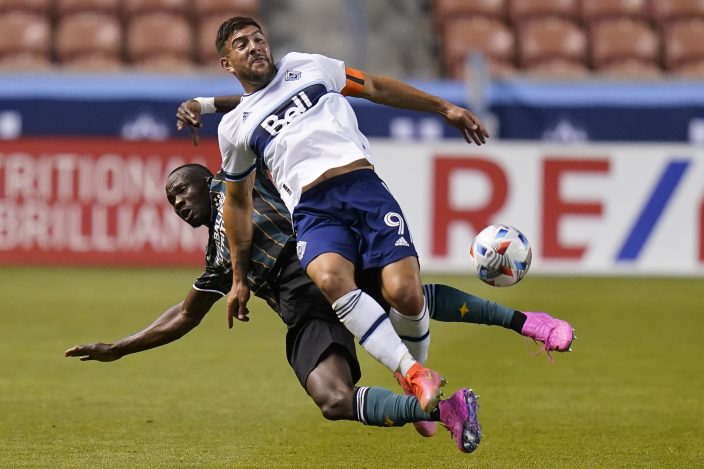 Jamiro Monteiro scored in the 24th minute and Philadelphia beat Columbus to extend its unbeaten streak to seven games.

The Crew’s Vito Wormgoor attempted to clear Olivier Mbaizo’s cross with a header, but Monteiro chest trapped it at the top of the penalty area and finished a left-footed strike into the center of the goal for his second goal of the season.

Andre Blake preserved his sixth shutout of the season for the Union (5-2-3) with a save of Marlon Hairston’s shot in the 82nd minute.

Jeremy Ebobisse scored in stoppage time to give Portland the tie with Houston.

Ebobisse headed home a wide cross from Larrys Mabiala, capping the second-half comeback for the Timbers (4-4-1). It was the forward’s first goal of the season.

Dairon Asprilla pulled Portland within one in the 50th minute, gathering a lead pass from Claudio Bravo and placing a chip shot over the goalkeeper.

The Dynamo (3-3-4) opened the scoring in the 15th minute on Fafà Picault’s close-range header. Tyler Pasher extended the Houston lead in the 33rd, curling home a right-footed shot from the top of the penalty area.

Tajouri-Shradi scored in the 69th minute. Keaton Parks intercepted a pass near midfield and delivered it to Valentin Castellanos, who sent it past the defense for Tajouri-Shradi’s calm finish.

Haakenson tied it in the 83rd with a close-range finish after C.J. Sapong knocked down a header into the area. Haakenson gave Nashville (3-1-5) the lead in the second minute of stoppage time, finishing the Nashville break with a right-footed shot from 15 yards into the left corner.

Clément Diop had five saves for his third shutout of the season and 10-man Montreal held on for a scoreless draw with D.C United.

Montreal (3-3-3) went down a man when defender Zorhan Bassong was sent off in the 45th minute, receiving his second yellow card for a hand ball near midfield that halted a D.C. counter. Bill Hamid had one save to earn his third shutout in as many starts this season for United (4-5-1).

Sallói converted on a center from Johnny Russell at 14 minutes to open the scoring. In the 34th, he took a pass from Hernandez and rifled in a short blast. The homegrown Hernandez took a give-and-go from Sallói to make it 3-0 at the 64th.

Barreal bent a shot around the wall on a free kick in the 50th minute. Goalkeeper Bobby Shuttleworth got two hands on it but it bounced off the inside of the post and went into the goal.