German Chancellor Angela Merkel said Thursday that Europe is “on thin ice” in its battle against the coronavirus, as the highly contagious delta variant threatens to undo progress made in reducing infections.

In what may be her last government declaration to the German parliament, Merkel said the further response to the pandemic would be a main topic of discussion among European Union leaders at a meeting in Brussels on Thursday.

She noted that the number of COVID-19 cases in the 27-nation bloc continue to decline, while vaccination rates climb. 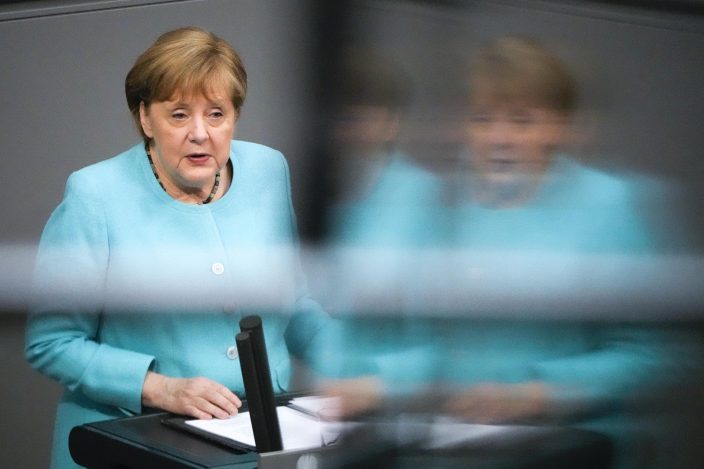 “But even though there is reason to be hopeful, the pandemic isn't over, in particular in the world's poor countries,” she said. “But in Germany and Europe we're also still moving on thin ice.”

“We need to remain vigilant,” Merkel added. “In particular the newly arising variants, especially now the delta variant, are a warning for us to continue to be careful.”

EU health officials predicted Wednesday that the delta variant will make up 90% of all cases across the bloc by the end of August, showing the need for as many people to be fully vaccinated as possible.

In Germany, the delta variant now makes up about 15% of new cases, according to the country's disease control agency.

The country has pressed for EU countries to form a joint position on quarantine for travelers from areas where variants of concern are particularly prevalent. This includes England, where the delta variant — first detected in India — already makes up a majority of cases.