Not so long ago, Tadej Pogacar was a just a promising outsider still learning the ropes of cycling's biggest race.

His rise to become the second-youngest winner of the Tour de France in September last year has changed everything: the 22-year-old returns to the three-week event as the odds-on favorite to defend his title.

Going from an ambitious Tour rookie to defending champion in such a short time could have been an unsettling experience.

But Pogacar has perfectly dealt with his sudden rise to stardom, linking his Tour triumph with victories this season at the UAE Tour, Tirenno-Adriatico and the prestigious one-day classic Liege-Bastogne-Liege.

Since his remarkable feat on the slopes of the Planche des Belles Filles where he snatched the coveted race leader’s yellow jersey in a high-drama time trial, Pogacar has kept improving. He looks even stronger this year, backed by a powerful squad entirely at his service.

“We can’t wait for the challenge,” he said ahead of Saturday’s opening stage in the western Brittany region. 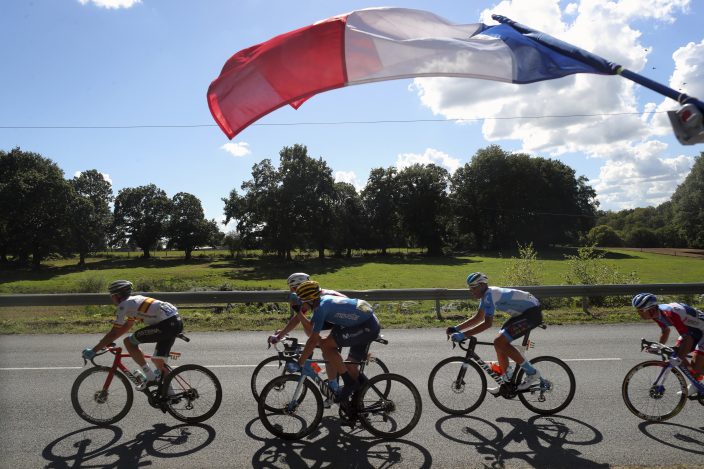 FILE - In this Sept.10, 2020 file photo, a French flag flies over riders in a breakeway during the stage 12 of the Tour de France cycling race over 218 kilometers from Chauvigny to Sarran. (AP PhotoThibault Camus, File)

Contrary to last year, when he started the race with no personal ambition and rode with minimal support in high mountains during his incredible fairy tale, the UAE-Team Emirates leader will be surrounded by a bunch of solid sidemen — Davide Formolo, Rui Costa, Rafal Majka, Brandon McNulty — tasked to pace him in altitude.

“Our aim for this year is clear: we are going to try and defend the title which Tadej claimed last year, so we have built a team around him,” said team manager Joxean Matxin Fernandez. “Obviously we’ll be heavily marked by the other teams and it’s not going to be an easy task.”

Pogacar's biggest rival last year was another rider from Slovenia, Primoz Roglic. The Jumbo-Visma team leader wore the yellow jersey for 11 days on last year’s Tour and had victory in sight only to crack on the eve of the final stage in a spectacular reversal of fortunes. 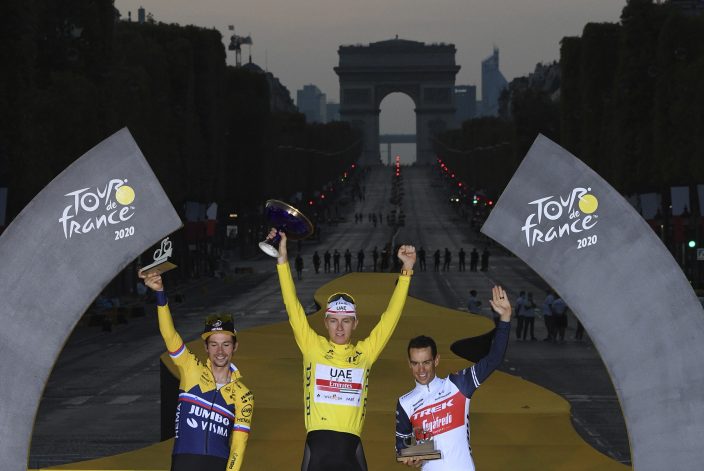 Such a turnaround could have undone his morale for good. But Roglic has recovered in style, very quickly, and is once again among the top contenders.

Right after the Tour last year, he won Liège-Bastogne-Liège and the Spanish Vuelta. In April he was stronger than Pogacar at the Itzulia Basque Country and has privileged training at altitude in recent weeks in order to arrive fresh on the starting line, ready to tackle the 3,414 kilometers (2,121 miles) of three-week odyssey across France. 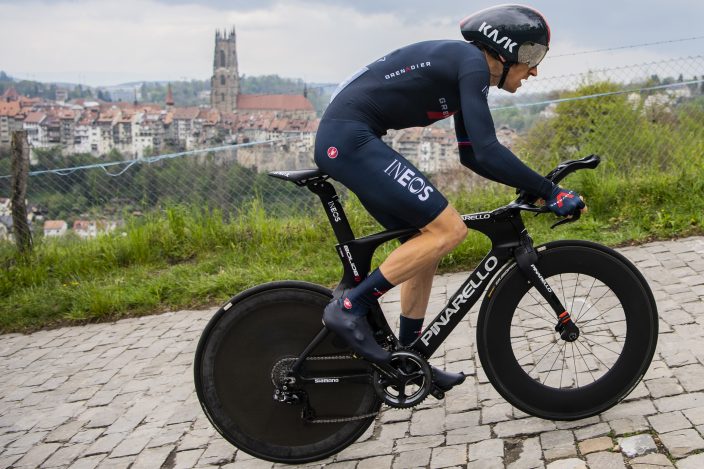 FILE - In this May 2, 2021 file photo, Geraint Thomas of Britain of team Ineos Grenadiers competes during the fifth and last stage, a 16,2 km race against the clock at the 74th Tour de Romandie UCI ProTour cycling race in Fribourg, Switzerland. (KEYSTONEJean-Christophe Bott, File)

Jumbo-Visma has arguably become cycling's strongest team, knocking Ineos Grenadiers off its perch last year. But the British outfit managed by Dave Brailsford has not given up its past luster and supremacy for good. Ineos-Grenadiers won the Giro this spring with Egan Bernal and will be starting the Tour with strong credentials.

With three Grand Tour winners leading the team — Geraint Thomas, Richard Carapaz and Tao Geoghegan Hart — and a bunch of “super-domestiques" to ride in support, Brailsford's squad has the collective strength to reclaim cycling's pole position.

“We won’t win this tour by sitting in the wheels. We have the team to make it a racers’ race, take the initiative, seize every opportunity and make our opposition focus for every kilometer of every stage," Brailsford said. “We have changed our race philosophy this season to being more open and aggressive." 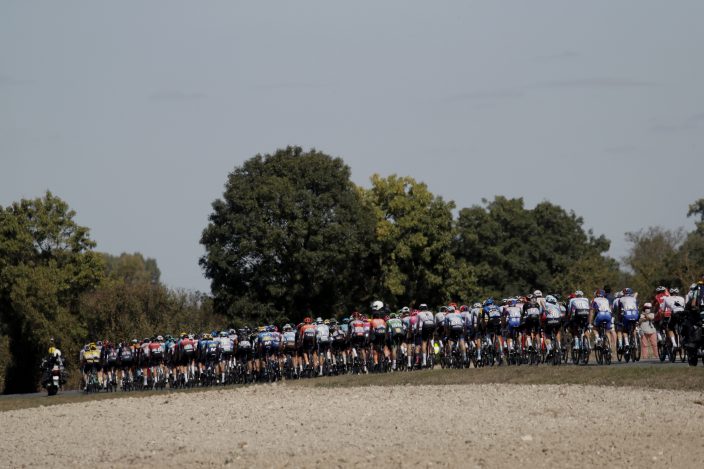 FILE - In this Sept.9, 2020 file photo, the pack rides during the eleventh stage of the Tour de France cycling race over 167 kilometers (104 miles), with start in Chatelaillon-Plage and finish in Poitiers. (AP PhotoChristophe Ena, File)

On July 7, the peloton will tackle an unprecedented double ascent of the famed Mont Ventoux on the same stage, halfway through the race.

The Ventoux is a daunting trek known for its lunar-looking landscape when exhausted riders eventually reach the top. On Stage 11 of 21, the riders will tackle the mountain from two different entry points for the first time before a long downhill to the finish line.

Delayed by a few months last year due to the COVID-19 pandemic, the Tour starts one week earlier than usual so as not to clash with the Olympic Games in Tokyo. The race was initially set to start from Copenhagen, with Denmark hosting its first-ever start. But Copenhagen has been pushed back to 2022 because of the pandemic. 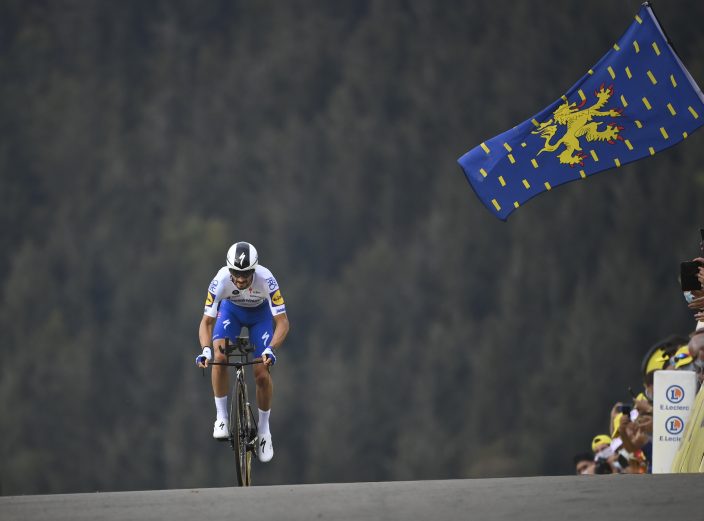 However, some extremely tough ascents in both the Alps and the Pyrenees are on the program, notably on Stage 17 featuring the Col de Peyresourde and another tough climb on Val Louron-Azet before ending up Col du Portet — a 16-kilometer (10-mile) slog with a gradient close to 9%. 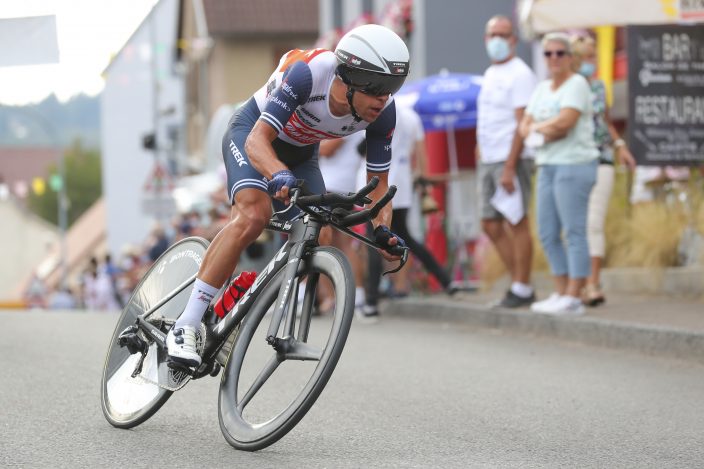 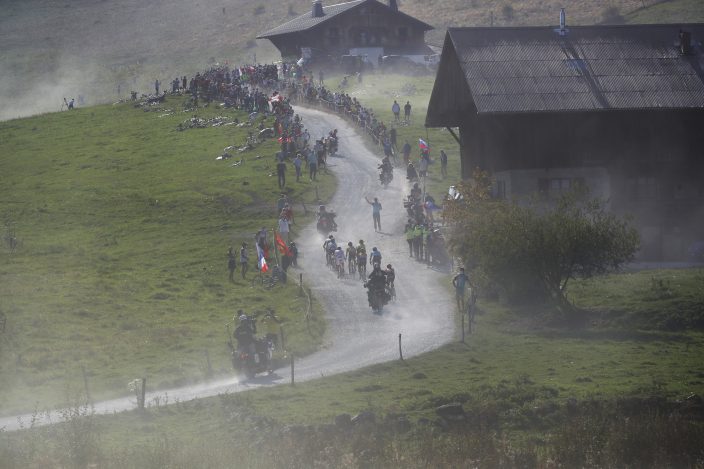 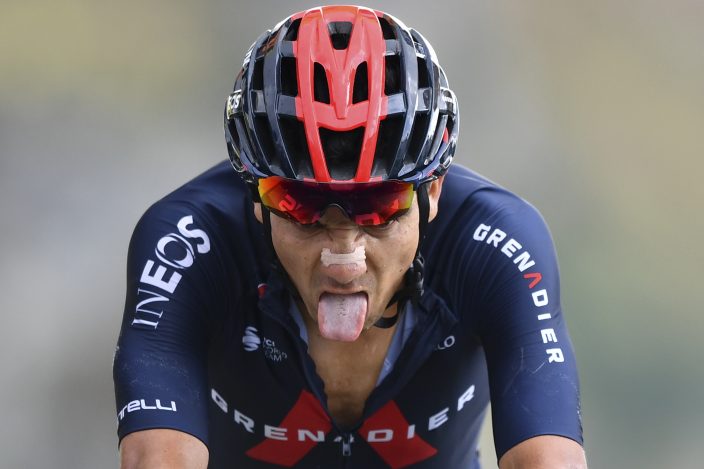 FILE - In this Sept.16, 2020 file photo, Richard Carapaz of Ecuador who was in the breakaway for a large part of the race rides towards the finish line of stage 17 of the Tour de France cycling race over 107 kilometers (105.6 miles) from Grenoble to Meribel Col de la Loze, France. (Stuart FranklinPool via AP, File) 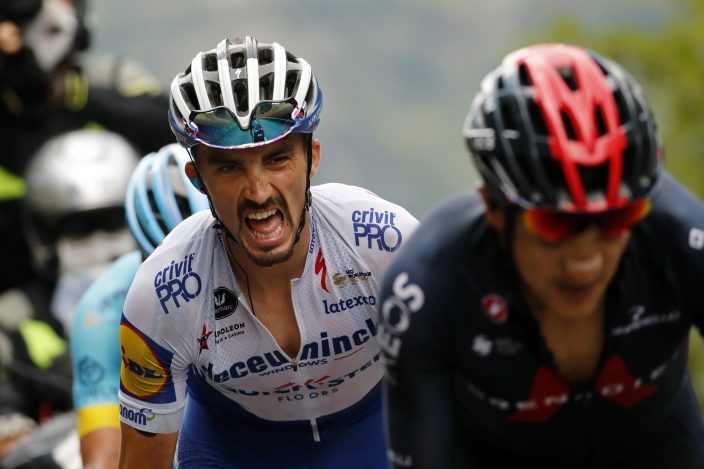