The Seattle Kraken hired Dave Hakstol on Thursday as head coach of the expansion franchise that will begin play this fall.

Hakstol will lead the first-year organization in his second head job in the NHL. He coached the Philadelphia Flyers for three-plus seasons from 2015-19 and spent the past two years as a Toronto Maple Leafs assistant.

“Dave possesses great experience, a strong work ethic, a solid technical understanding of the game and the remarkable ability to communicate clearly and effectively,” general manager Ron Francis said. “I look forward to working with Dave as we strive to build a team our fans will be proud of.” 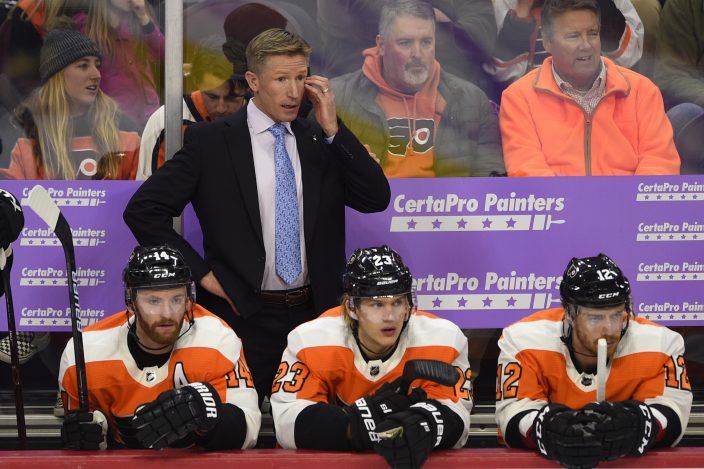 FILE - Philadelphia Flyers head coach Dave Hakstol is shown during an NHL hockey game against the Ottawa Senators in Philadelphia, in this Tuesday, Nov. 27, 2018, file photo. The Seattle Kraken hired Dave Hakstol on Thursday, June 24, 2021, as head coach of the expansion franchise that will begin its first NHL season in the fall. It’s his second NHL head-coaching job after three plus seasons with the Philadelphia Flyers from 2015-19. (AP PhotoDerik Hamilton, File)

The 52-year-old Hakstol coached the Flyers to two playoff appearances but both were first-round losses and he was fired midway through his fourth seasons. He coached at the University of North Dakota for 11 years and was an off-the-board hire six years ago for then-Philadelphia general manager Ron Hextall, just as he is for Francis this time.

“I am honored to be joining this tremendous group,” Hakstol said. "When I first saw the arena, I was blown away. It is such a unique venue. I am looking forward to being a part of the group that builds a team that plays with pride, passion and selflessness for the city of Seattle.”

The expectations for the Kraken are success from the start and the team will join the Pacific Division with the Arizona Coyotes shifting to the Central. 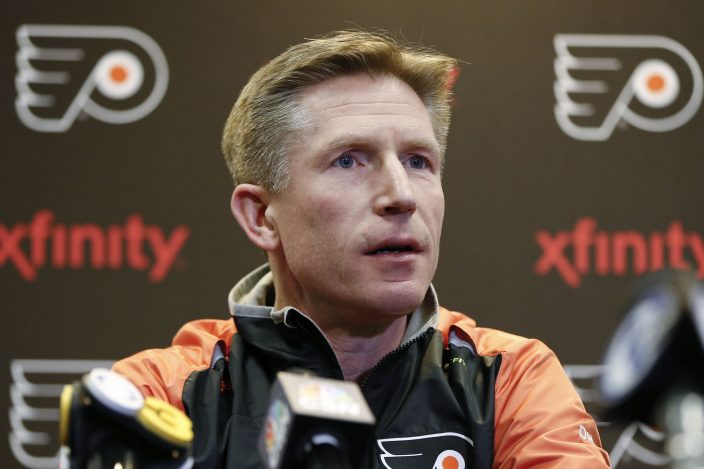 FILE - Philadelphia Flyers head coach Dave Hakstol speaks with members of the media during a news conference in Voorhees, N.J., in this Monday, April 11, 2016, file photo. The Seattle Kraken hired Dave Hakstol on Thursday, June 24, 2021, as head coach of the expansion franchise that will begin its first NHL season in the fall. It’s his second NHL head-coaching job after three plus seasons with the Philadelphia Flyers from 2015-19. (AP PhotoMatt Rourke, File)

Hakstol's task will be significant, trying to equal the success of the the league's last expansion franchise, however unrealistic it might be for the Kraken to match the Golden Knights. Vegas reached the Stanley Cup Final in its inaugural season and has made the playoffs in all four years since its inception.

The hiring fits the timeline Francis set out from the start of wanting Seattle’s coaching search settled before the end of June, well before the July 21 expansion draft and July 23 NHL draft when the Kraken will have the No. 2 overall selection.

Hakstol got the job over former Arizona coach Rick Tocchet and others who interviewed multiple times. Francis, Hakstol and Seattle assistant GM Jason Botterill were together with Canada's team at the 2019 world championship.

While Hakstol ended up with the job, he may not have been the initial favorite.

Gerard Gallant seemed the obvious option for Seattle due to his experience leading Vegas through its record-setting first season that ended with a loss to Washington in the final. Gallant opted for the chance with the New York Rangers over potentially taking on the challenges of another first-year franchise.

The Kraken are expected to begin training camp in September with the season likely to begin in mid-October.