The Latest on U.S. track and field Olympic trials (all times PDT):

With potentially record temperatures about to reach the Pacific Northwest, parts of the U.S. track and field trials are being rescheduled to try to beat the heat.

This weekend's 20-kilometer race walks and the women's 10,000 and men's 5,000-meter finals have all been moved to earlier time slots. The walks will start at 7 a.m. Saturday, two hours before originally scheduled. 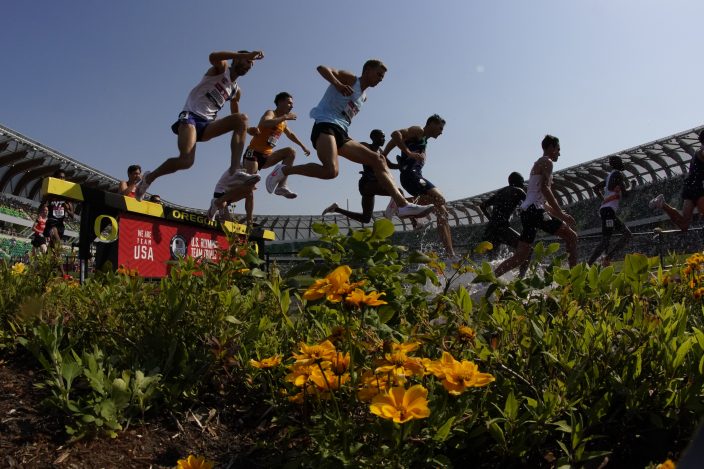 After a two-day break, action at Hayward Field resumes Thursday with finals in the women's shot put and women's steeplechase. In that race, Emma Coburn is seeking her ninth national title and third trip to the Olympics.

Also competing in preliminaries Thursday are hammer thrower Gwen Berry and sprinter Sha'Carri Richardson, who will try to qualify in the 200 after winning the 100-meter title last week.

The Latest: Scantling takes lead after Day 1 of decathlon