A 13-year-old Colorado boy who disappeared in 2012 was angry and upset when he discovered compromising photos of his father, damaging their relationship, the boy's brother testified at the father's murder trial.

Mark Redwine stands trial in the killing of his son Dylan, who disappeared in November 2012 in the Vallecito area near Durango during a court-ordered visit over Thanksgiving break. Redwine told investigators he left Dylan alone at home to run errands and returned to find him missing.

Prosecutors argued this week that Redwine killed Dylan over photographs that triggered a fatal rage. On Wednesday, Dylan's older brother, Cory Redwine, testified that the accidental discovery of photos depicting their father dressed in women’s underwear, wearing a diaper and eating feces ruined Dylan’s relationship and image of his father, The Denver Post reported. 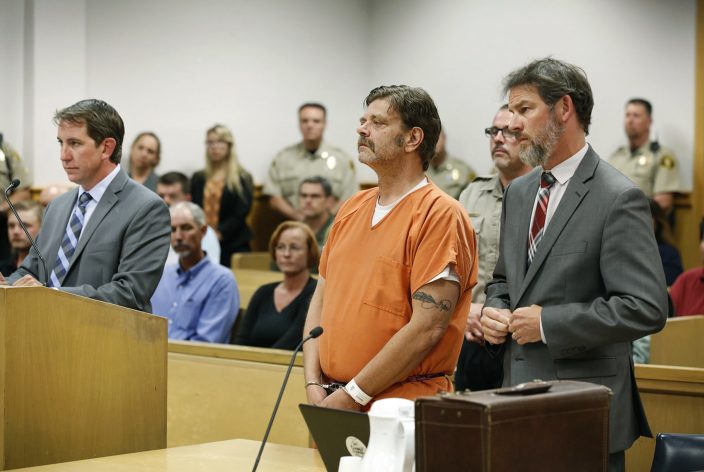 FILE - In this Aug. 15, 2017 file photo, Mark Redwine makes his first appearance in district court in Durango, Colo. Opening statements are expected sometime Monday, June 21, 2021, in the delayed trial of a man accused of killing his 13-year-old son in southwest Colorado nearly a decade ago. Dylan Redwine disappeared during a court ordered Thanksgiving visit in 2012 and his remains were later found. (Jerry McBrideThe Durango Herald via AP, File)

“Dylan lost any reason for him to look up to Mark that day,” Cory Redwine said.

On Monday, Fred Johnson, special deputy district attorney, suggested that on the night he was killed, Dylan may have mentioned or shown his father the photographs, triggering a violent rage in Redwine. His defense attorneys said the photos have no connection to Dylan’s death and suggested the boy ran away from home. His remains were found a few miles from his father’s house in 2013.