After reaching the knockout stage of European Championship, Germany is looking at ways to cut down on mistakes.

Not just for the next game against England, but the games after that, too.

“I'm convinced that we'll manage to improve in the next games and that there will be more games. Also beyond the England game,” Germany midfielder Joshua Kimmich said ahead Tuesday's match at Wembley Stadium in London in the round of 16. 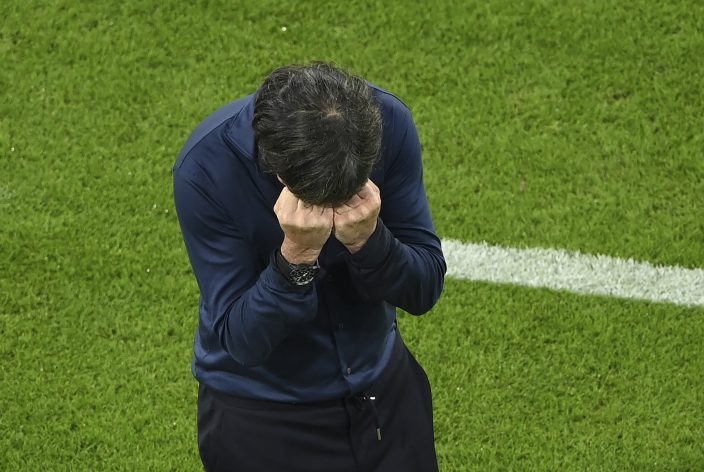 However, the German team remains a work in progress for Joachim Löw in his last tournament as coach.

The Germans just about squeezed into the round of 16 on Wednesday after Leon Goretzka scored a late equalizer in a 2-2 draw against Hungary. It didn't look likely until Löw took an all-or-nothing gamble to avoid another first-round exit at a major competition.

With less than 10 minutes remaining, Löw sent on 18-year-old Jamal Musiala and another attacker in Kevin Volland.

“We had to simply get the ball into the penalty area and we had to get as many people in there as possible,” Löw said. “With full force and all our strength, somehow fighting for every meter forward.”

Musiala, making his first appearance at Euro 2020, provided the key when he eluded three Hungary defenders in the buildup to Goretzka’s goal — a deflected shot past goalkeeper Péter Gulácsi in the 84th minute.

Löw praised his team’s morale, though it was clear he would have been happier if it hadn’t been so dramatic. 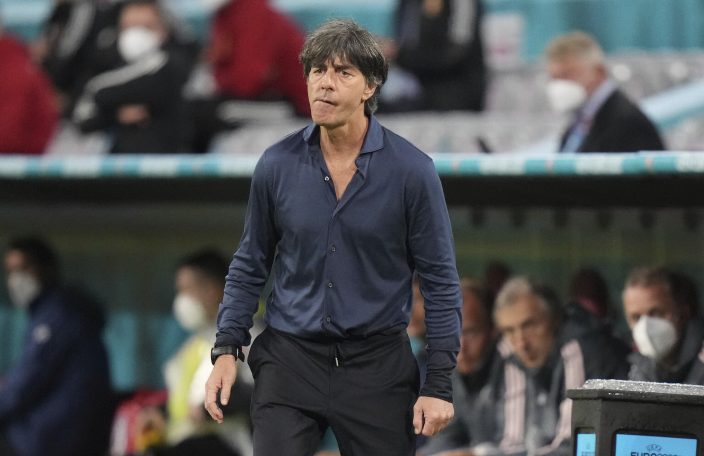 France’s 2-2 draw with Portugal in the other group game meant Germany needed at least a point.

“It was one of the hardest games altogether,” said Löw, who won the World Cup title in 2014 but saw his team eliminated from the group stage in 2018. “But we expected it to be like that.”

Hungary’s defense had already impressed despite a 3-0 loss to Portugal, when the visitors only made the breakthrough late, and in a 1-1 draw with World Cup champion France. 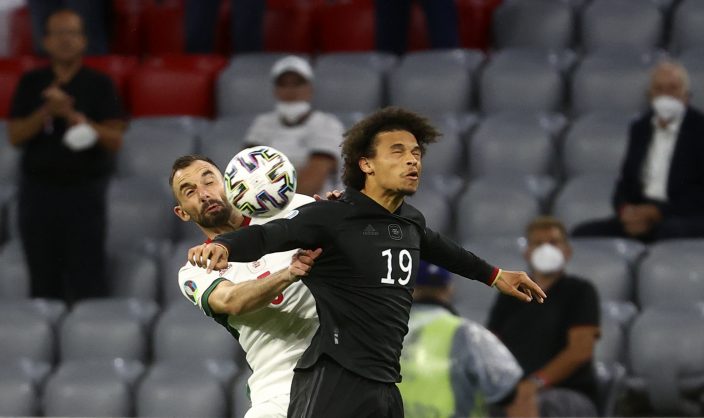 Löw knew how the Hungarians would play — defensively and hoping to break on counterattacks — but still his team had no answers. Germany was vulnerable in defense and showed little in attack. Again.

Germany had also struggled in its opening game against France, a 1-0 loss, when the French always looked more likely to score.

Against Portugal in the next game, the Germans conceded first — with Cristiano Ronaldo scoring. But they then found gaps in the Portuguese defense and won 4-2. 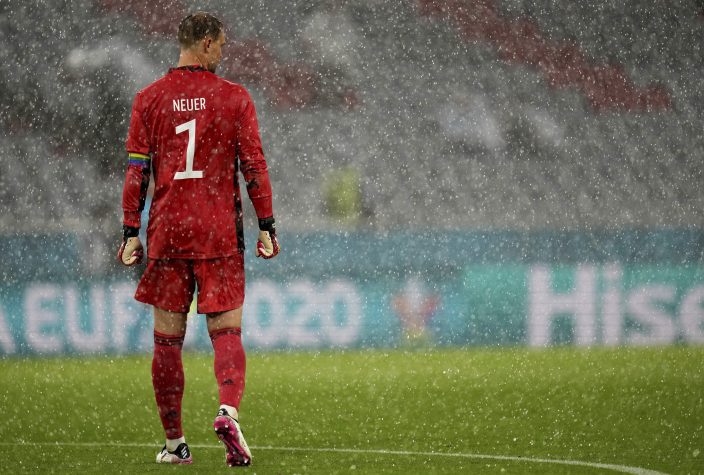 The German team lacked that urgency against the Hungarians. Ádám Szalai scored early and then set up András Schäfer to make it 2-1 right after Kai Havertz had equalized for Germany.

“There were of course a few mistakes that we made,” Löw said. “I’m thinking of the goals we conceded. They can’t happen in the next games.”

The Hungarians ran more, and they seemed to fight more than the Germans, too. Robin Gosens, the UEFA man of the match against Portugal, was ineffective on the left against Hungary, while Leroy Sané produced a forgettable performance on the right.

“There was hardly any free room, also not for the two wingers. That’s why it was more through the middle today,” Löw said. “But we also didn’t find the right ways through the middle, there were no gaps. Everything was closed, and after they went in front, then they pulled even further back and defended.”

Löw will need to find answers to breaking down opponents’ defenses in time for Tuesday’s match against risk-averse England, which has yet to concede a goal at the tournament but has only scored twice.

“Now it’s all or nothing, that’s also a good situation,” Löw said. “We’ve had some shaky performances in this group stage. We know, when the chips are down, what we can do.”

Germany’s defenders — Mats Hummels in particular — will be wary of England forward Jadon Sancho, though he’s been given only six minutes of playing time by England coach Gareth Southgate.

Sancho, who plays for Borussia Dortmund, has already shown in the Bundesliga that he’s capable of causing Germany’s defense serious problems, but he’s being kept out of the England team by the likes of Phil Foden, Raheem Sterling, Marcus Rashford and captain Harry Kane.

“It will be a whole other game, because the English certainly have to be more attacking at home. It will be an open game, more open than it was now, and logically we’ll have to correct a few things,” Löw said. “There are no excuses anymore. We’ll have to do things much better there now.”