The highest scoring team in the Bundesliga is about to face the club with the tightest defense.

Bayern Munich, unsurprisingly, leads the league and has scored a record 38 goals for this stage of the season. The defending champions will put their scoring prowess to the test on Saturday against third-place Freiburg, the only unbeaten team in the league.

Freiburg, which traditionally sells its best players every year to stay financially secure, has won six games and drawn four this season and has only conceded seven goals in those 10 matches. 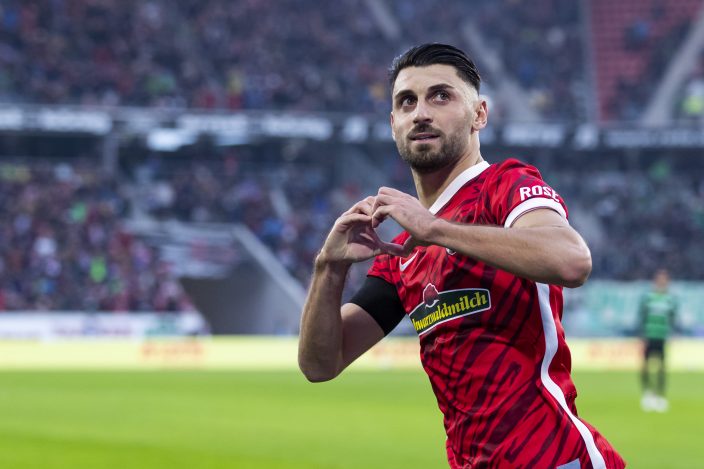 Bayern's defense, conversely, has been a weakness. The team has conceded nine goals in its last three games in all competitions, including a 5-0 loss at Borussia Mönchengladbach in the German Cup.

Freiburg coach Christian Streich expects “a lot of force and a lot of quality” in Munich.

“I hope we can also respond with force and quality to the best of our ability,” Streich said. 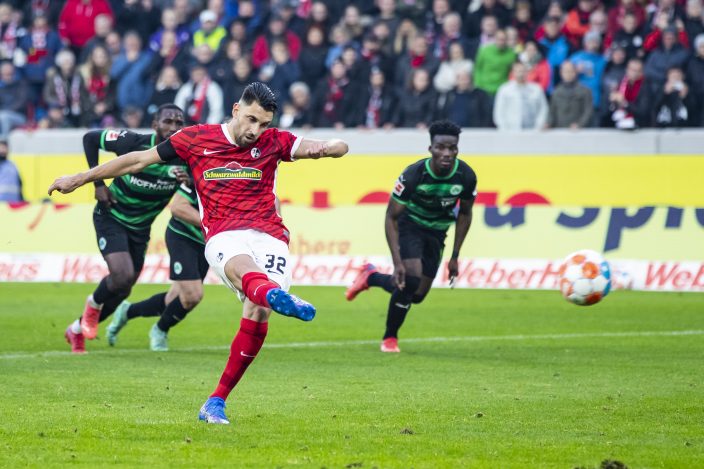 Freiburg has never beaten Bayern in Munich. The team managed a 1-1 draw in November 2018, getting an 89th-minute goal from Lucas Höler. Earlier draws came in 1997 and 1995.

“We’ll fight and play, and then we’ll see what result comes out of it,” said Streich, who referred to his team’s comfortable position in the standings. “It’s super that we can go there without the pressure being on.”

Ominously for Freiburg, Bayern forward Robert Lewandowski seems to be in the form of his life. The 33-year-old Poland striker scored a hat trick in his 100th appearance in the Champions League on Tuesday, and has racked up 20 goals in 15 games for Bayern this season. 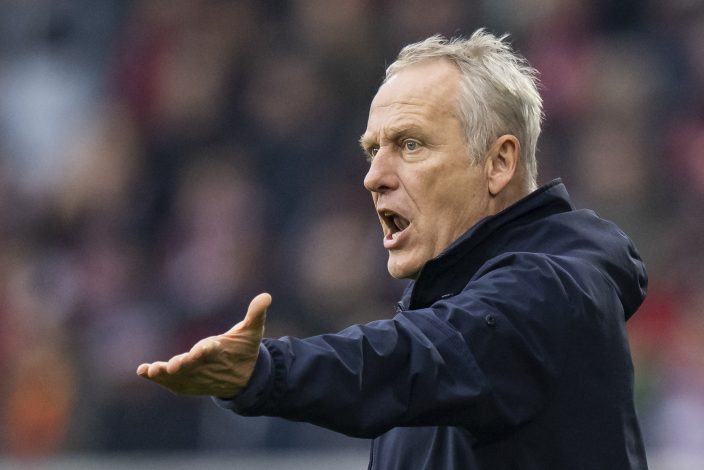 Lewandowski broke Gerd Müller’s Bundesliga record by scoring 41 goals in the league last season and is playing with the conviction of someone who wants to do it again.

Bayern has only dropped points twice in the Bundesliga so far, in a surprise loss to Eintracht Frankfurt and in a draw with Gladbach. The 5-0 loss to Gladbach in the German Cup will help coach Julian Nagelsmann motivate the team for many games to come.

Freiburg could be next in line after Union Berlin and Benfica both conceded five goals in Bayern’s two games since the loss to Gladbach.

“We’re realistic enough to know who we’re playing and how the game normally goes,” Freiburg midfielder Nicolas “Chicco” Höfler said. “Still, we’re rightly full of confidence at the moment and we’ll take that into the game in Munich. We want to throw everything in to be as successful as possible. And if that doesn’t work out, we want to take at least a point.”

Leipzig in empty stadium as virus bites back in Bundesliga