Robert Lewandowski scored his 60th goal of the year as leader Bayern Munich won 2-1 against previously unbeaten Freiburg in the Bundesliga on Saturday.

Lewandowski knocked the ball in from close range in the 76th minute after stretching to redirect Leroy Sané's attempted shot. Of his 60 goals in 2021, 51 have come for Bayern and nine for Poland. Lewandowski had set a new single-season scoring record for the Bundesliga with 41 goals in 2020-21.

Leon Goretzka gave Bayern the lead in the 30th off a slick team passing move and could have scored more in the second half, when he hit the post with one shot and clipped the crossbar with another. 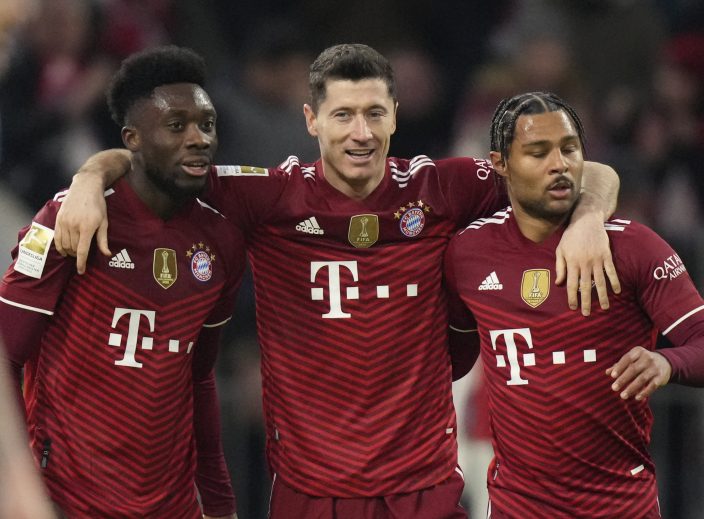 Janik Haberer ensured a nervy finish when he scored for Freiburg in added time as Bayern conceded its 10th goal in four games in all competitions.

A day after getting his first call-up to the German national team, striker Lukas Nmecha scored the only goal of the game in Wolfsburg's 1-0 win over Augsburg. 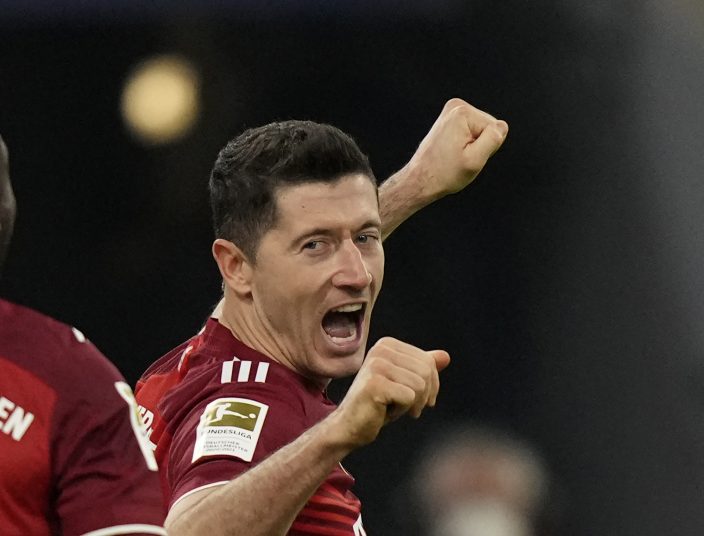 Nmecha headed in off Paulo Otavio's cross in the 14th to score in his third successive game in the Bundesliga and Champions League. That kept up new coach Florian Kohfeldt's winning start at Wolfsburg after a 2-0 win at Bayer Leverkusen last week and a 2-1 defeat of Salzburg in the Champions League.

Both goalkeepers tried to score goals as Bochum beat Hoffenheim 2-0, but neither made it work. 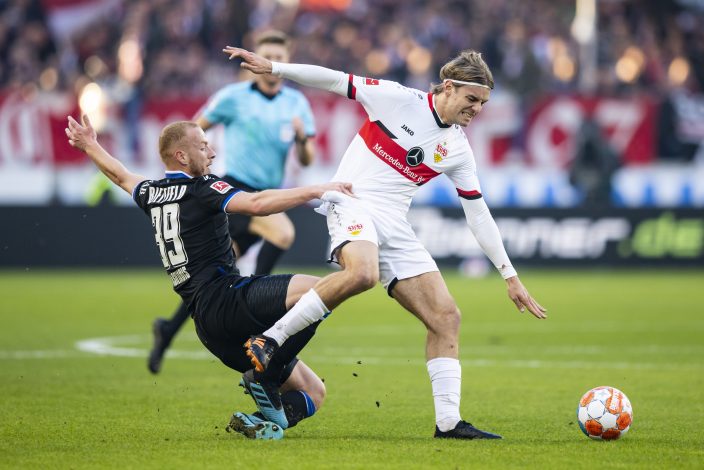 Bochum was already leading 1-0 from Soma Novothny's goal when it won a penalty and selected goalkeeper Manuel Riemann to take it, but he blasted the ball far off target.

Deep in stoppage time, Hoffenheim goalkeeper Oliver Baumann went up to the opposing penalty area for a corner, allowing Bochum's Miloš Pantovic to score into the empty net from inside his own half on the counterattack.

Relegation-threatened Arminia Bielefeld got its first league win of the season, beating Stuttgart 1-0 thanks to Japanese winger Masaya Okugawa's goal on the counter.