The Palestinian prime minister warned Israel on Wednesday that its refusal to accept a two-state solution to the century-old conflict would perpetuate a system of “apartheid” and eventually result in a one-state reality in which Israel loses its Jewish character.

The Israeli government sworn in last June consists of parties from across the political spectrum, including supporters and opponents of Palestinian statehood. Prime Minister Naftali Bennett is opposed to the creation of a Palestinian state and has refused to meet with Palestinian officials.

At a press conference with foreign reporters, Palestinian Prime Minister Mohammad Shtayyeh accused Bennett of “three no's”: No to meeting with Palestinian President Mahmoud Abbas, no to peace negotiations and no to a Palestinian state. 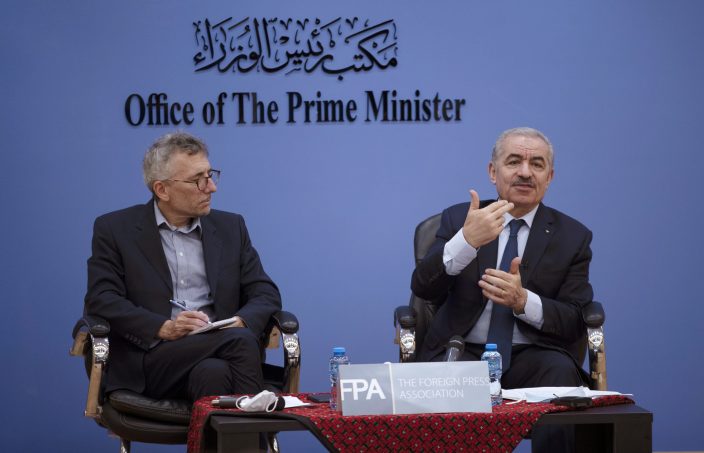 “If you have three no's, what are your yes's?" Shtayyeh asked.

It appeared to be a reference to the famous “Three No's” adopted by the Arab League after the 1967 war: No peace with Israel, no recognition and no negotiations. Since then, Egypt and Jordan have made peace with Israel and an additional four Arab countries recognized it last year.

Shtayyeh reiterated the Palestinians' longstanding demands for a negotiated peace agreement that would create a Palestinian state in east Jerusalem, the West Bank and Gaza, territories Israel seized in the 1967 war. He called on the United States and the international community to do more to revive the long-dormant peace process. Israel says it made generous offers to the Palestinians in past rounds of peace talks going back to the 1990s, while the Palestinians say those proposals fell short of their rights under international law. The two sides have held no substantive peace talks in more than a decade.

Israel rejects allegations of apartheid made by two prominent human rights groups earlier this year, accusing them of bias and of unfairly singling it out.

The current government says that because of its divisions it has adopted a middle-ground in which it will neither annex territory nor establish a Palestinian state. 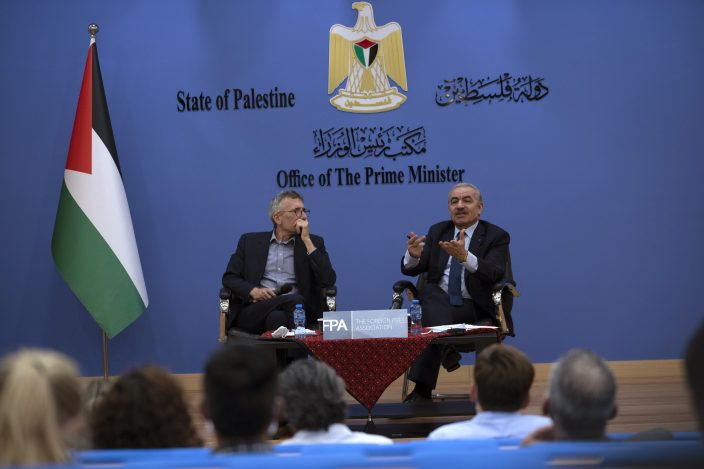 But it is actively expanding Jewish settlements in the West Bank and east Jerusalem, which the Palestinians and much of the international community say undermines any hope of an eventual partition. The government has also taken some steps to improve life in the occupied territories.

Shtayyeh said Palestinians now outnumber Jews in Israel and the occupied territories, with 6.9 million Palestinians and 6.7 million Jews between the Mediterranean Sea and the Jordan River, without providing a source. Israelis and Palestinians debate the exact figures, but experts generally agree that the populations are approaching parity.

Advocates of a two-state solution of Israel and Palestine living side by side — which is still seen internationally as the only realistic solution — have long warned that if Israel does not create a Palestinian state it will soon rule over a Palestinian majority, forcing it to choose between being a democracy and a Jewish state.

“If we lose the two-state solution we are slipping into a one-state reality,” Shtayyeh said, echoing remarks made by Abbas at the U.N. General Assembly in September.

“Israel is an apartheid state today and Israel will continue to be tomorrow as well," Shtayyeh said. "If they think that we are losing tomorrow, they will be losing after tomorrow.”