The Latin Grammy for best new artist is often one of the most coveted awards, as it can only be won once in a lifetime and can open many doors.

This year’s nominees include 11 contenders of various genres, genders, countries and ages. Most are youngsters just starting out, but there's also some veteran musicians.

The best new artist will be crowed when Las Vegas hosts the 22nd Latin Grammy Awards on Thursday. Here’s a look at this year’s contenders: 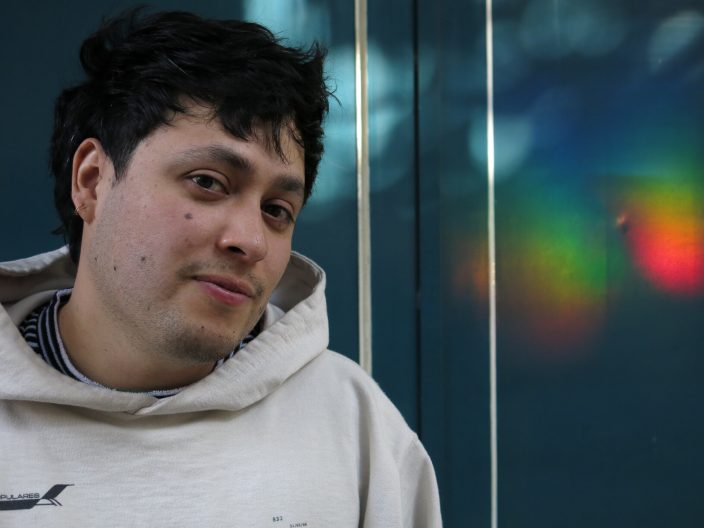 Mexican singer and songwriter Marco Mares poses for portraits in Mexico City, Nov. 9, 2021. Marco Mares is nominated to best new artist at the Latin Grammys, to be presented on Nov. 18 in Las Vegas. (AP PhotoBerenice Bautista)

GIULIA BE: This 22-year-old Brazilian pop singer-songwriter signed with Warner Music Brasil in 2018 and released the song “With You” with Brazilian DJ Zerb. The following year she had her first success with “Too Bad,” the main theme of the telenovela “O Sétimo Guardião,” and appeared on Portugal's music charts with “Menina Solta.” Last year she released the EP “Solta.”

MARÍA BECERRA: Before she became one of the most popular Argentine singers of the last year, Becerra was a YouTuber whose funny videos generated millions of views. But her true passion was music and in 2019 she made her debut with the single “222.” This year she released the EP “Animal, Parte 1” followed by the album “Animal.” Her recent hits include “Wow Wow” with Becky G, “Antes de ti” with Rusherking, “Mal Acostumbrao” with Mau & Ricky and “Qué más pues?” with J Balvin.

BIZARRAP: Also nominated for best urban fusion/performance (“Nathy Peluso: BZRP Music Lessons, Vol. 36”), best rap/hip-hop song (“Snow Tha Product: BZRP Music Sessions, Vol. 39”) and producer of the year, Bizarrap seems a favorite in the category. The 23-year-old Argentine producer and DJ, who specializes in urban genres such as trap and rap, has been on the charts with his “Musical Sessions” with Nicky Jam, Nicki Nicole and Anuel AA, among others. 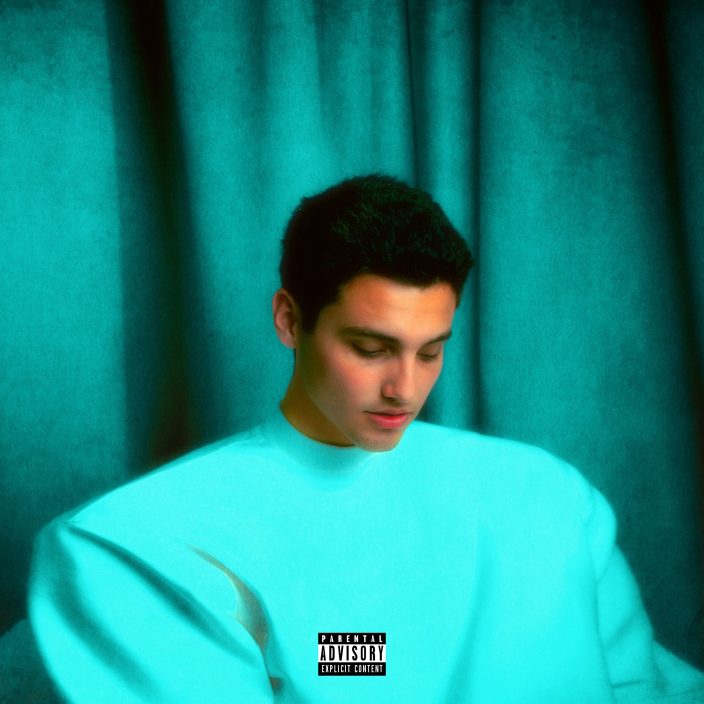 BOZA: Growing up in the La Meri neighborhood of Panama, Boza did not have a musical career in mind, much less reaching the Latin Grammys. His hit “Hecha pa' mí” earned the nomination for the 24-year-old urban musician, who began his career at 17 fusing dancehall and R&B with the Panamanian “canela” after a difficult adolescence. With songs that also include “Ella,” “En la Luna” and “Perreito Salvaje,” Boza has said that music saved him from a life of crime and vices in his barrio. The video for “Hecha pa' mí” has more than 100 million views on YouTube and this month he will release “Bucle,” his second album.

ZOE GOTUSSO: Zoe Gotusso stepped out of her comfort zone by leaving a rising duo in Argentina to continue as a solo artist in what she calls the most difficult time of her life. Her instincts, however, led her to one of her greatest joys. The 24-year-old singer-songwriter received two Latin Grammy nominations for her debut album, “Mi Primer Día Triste,” including a nod for best pop-rock song, for “Ganas.”

HUMBE: The 21-year-old Mexican singer-songwriter made his debut in 2017 with the album “Sonámbulo” and three years later released the EP “Soy Humbe,” but it was “Entropía,” released last March, that earned him the recognition from the Latin Recording Academy. Humbe started playing the piano at 9 and as a teenager he knew that he wanted to pursue music professionally. In recent days he released “Aurora,” his second full album in 2021. 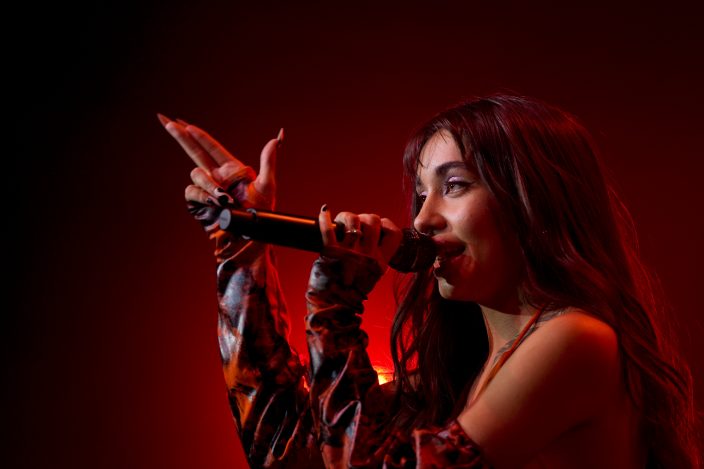 RITA INDIANA: At 44, Indiana is the oldest of the group. The Dominican musician and writer returned to the music scene after a decade with 2020's “Mandinga Times.” Author of six novels and several books of short stories, she made her music debut in 2010 with the praised album “El Juidero.” She reappeared last November with her “apocalyptic” album produced by former Calle 13 member Eduardo Cabra, in which she addresses everything from unpunished corruption to the taboo around homosexuality through rhythms like dembow, heavy metal, merengue, traditional gaga, electro-boogie, punk and rap.

LASSO: After he wasn't nominated in 2020 for a series of EPs that together make up his album “Cuatro Estaciones,” Venezuelan singer-songwriter Lasso was aware that 2021 was his last chance: The maximum number of full-length albums to be able to compete for best new artist are three, and at 33 he already had 2016's “Sin Otro Sentido” and 2017's “El Exilio Voluntario de una Mente Saturada.” Lasso, who comes from a family of artists, was inspired by Vivaldi’s “Four Seasons” for his album about a relationship that progresses through the year, with 21 songs that include two collaborations with Danna Paola and one with PXNDX’s José Madero.

PALOMA MAMI: Paloma Mami is one of the Latin urban performers of the moment thanks to songs like “No te Enamores,” “Qué Rico Fuera” with Ricky Martin and “QueLoQue” with Major Lazer. The 22-year-old Chilean-American singer, whose music naturally blends Spanish and English, began rapping at 17 and soon met the producers with whom she recorded her first song, “Not Steady.” This year she released her debut album, “Sueños de Dalí,” with hits including “For Ya”, “Religiosa” and “Traumada.”

MARCOS MARES: The 28-year-old Mexican singer-songwriter poured out the pain of a heartbreak in a five-song EP that earned him the nomination. “curitas,” his third production after the 2019 album “Estas Canciones me Recuerdan a Ti” and the 2014 EP “Para Ella,” mixes musical styles such as ranchera, cha-cha, bachata, pop, R&B and trap, and the word “curita" (Band-Aid) appears in songs like“ amable” and “bebé.” Raised in a musical family, he studied on a scholarship at Berklee in Boston, where he began writing his own songs. In 2017 he had a viral hit, “Flaquita.”

JULIANA VELÁSQUEZ: Velásquez found refuge in music writing songs about topics in her life that she did not dare to speak about. The cathartic exercise led to an album and netted her first Latin Grammy nomination. With a “retro” style that she attributes to her love of mariachi and a sublime voice full of inflections and emotion, the 23-year-old Colombian singer-songwriter, who began her career as a child on television, officially debuted in music with “Juliana.” The 11-track album begins with “Montaña Rusa,” which she created in the midst of the pandemic with the help of her fans on Instagram, and includes the singles “Dolor Anticipado,” “Juro” and “Presiento.”