Lille striker Jonathan David consolidated his position as the top scorer in the French league by netting twice in a 2-2 draw with Monaco on Friday as defending champion Lille stayed in the bottom half of the table.

Monaco rallied from a two-goal deficit to salvage a point despite having a player sent off and provisionally moved into seventh place, four points outside the top four spots.

David converted a penalty in the fifth minute after Strahinja Pavlovic stomped on Xeka’s foot while blocking a shot from the Lille midfielder. He then doubled the lead in the ninth minute by notching his 10th league goal. David chased a ball over the top from Tiago Djalo and held off Ruben Aguilar before beating Alexander Nübel from close range. 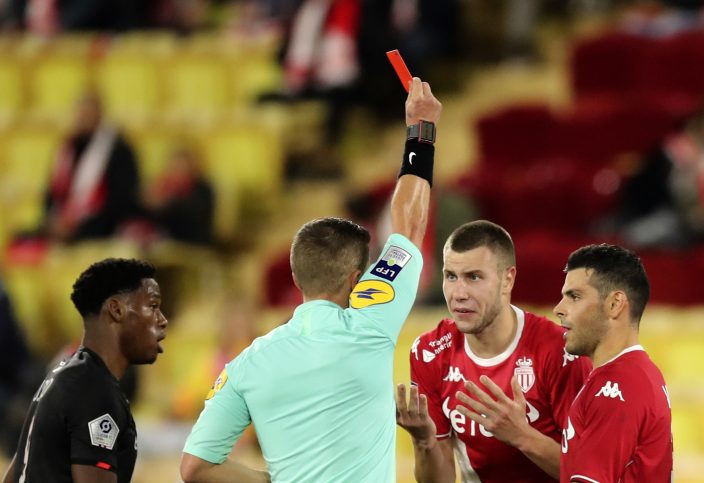 The Canada striker could have completed a hat trick after collecting a through ball from Jonathan Ikone in the 39th but was denied by Nübel.

Senegal winger Krepin Diatta pulled one back for the hosts by firing a powerful strike into the bottom corner in the 41st.

Monaco nearly equalized in the 49th after a mix-up between Domagoj Bradaric and Lille goalkeeper Ivo Grbic, but Djalo cleared Kevin Volland’s flick off the line. 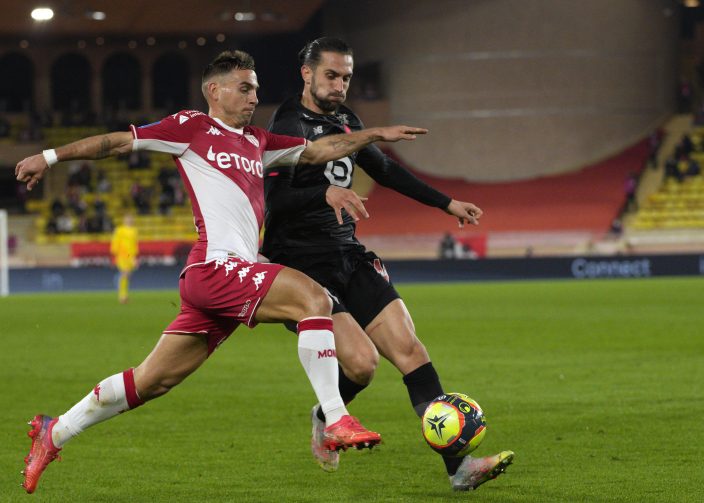 Monaco's Ruben Aguilar, left, duels for the ball with Lille's Yusuf Yazici during the French League One soccer match between Monaco and Lille at the Stade Louis II in Monaco, Friday, Nov. 19, 2021. (AP PhotoDaniel Cole)

Grbic protected Lille’s lead by stopping Volland’s header in the 74th and Aurelien Tchouameni’s low drive in the 76th.

Monaco was down to 10 men in the 78th after Pavlovic received a second yellow card for a stamp on Ikone, but substitute Wissam Ben Yedder still netted the equalizer with an angled shot in the 83rd.

Review: A generic modern fairy tale in 'The Royal ...