Eintracht Frankfurt’s revival under new coach Oliver Glasner continued Sunday with a 2-0 win at third-place Freiburg in the Bundesliga.

It was Freiburg’s first defeat in its third league game in its new stadium, and its second straight in the league after a 2-1 loss at leader Bayern Munich before the international break.

First-half goals from Jesper Lindström and Filip Kostic gave Frankfurt its third successive win across all competitions and its third altogether from 12 league games so far. 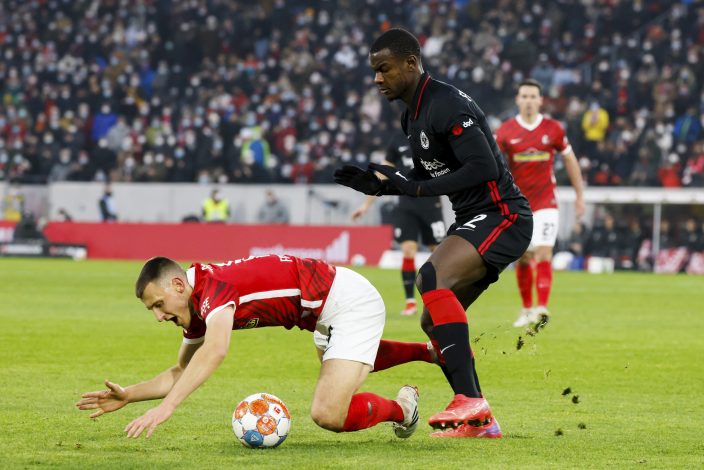 Frankfurt climbed to 11th in the 18-team division ahead of the late game between Mainz and visiting Cologne.

Glasner, who joined Frankfurt after leading Wolfsburg to the Champions League last season, had endured a difficult start to his tenure when Frankfurt was knocked out in the first round of the German Cup before going seven league games without a win.

Freiburg had drawn with Leipzig and beaten Greuther Fürth in its previous games at the new Europa-Park-Stadion. 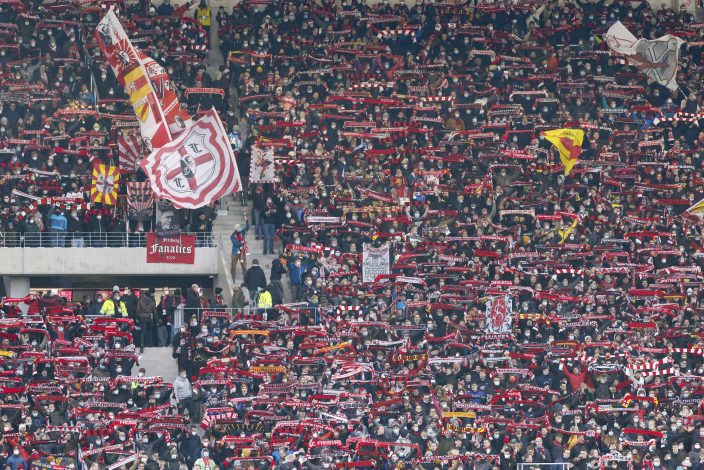 The stands are packed with supporters prior to the German Bundesliga soccer match between SC Freiburg and Eintracht Frankfurt in Freiburg, Germany, Sunday, Nov. 21, 2021. (Philipp Von Ditfurthdpa via AP)

Christian Streich’s team had the better chances early against Frankfurt, but the visitors had luck on their side as Freiburg’s Lukas Kübler inadvertently set up Lindström for the opener in the 34th. Then a free kick from Kostic was somehow missed by teammates and defenders alike before it bounced inside the top corner in the 43rd.

Freiburg remains third, but Bayer Leverkusen is just a point behind and Union Berlin and Wolfsburg are just another point further back.