The photographer’s assistant, Alana (Alana Haim), strides up and down a long line of students waiting in the sunshine outside a gymnasium. She’s barely looking at any of them, but one makes himself noticed. Gary Valentine (Cooper Hoffman) locks eyes with her and doesn’t let go, even as she does all she can to ignore him. He’s a 15-year-old actor, she’s in her 20s, but his attempted pick-up — sweetly direct, with a not entirely put-on maturity — makes her smile begrudgingly.

“You’re like a little Robert Goulet or Dean Martin,” she says.

This image released by MGM shows, from left, Bradley Cooper, Cooper Hoffman, and Alana Haim in a scene from "Licorice Pizza." (MGM via AP)

Anderson’s camera circles them as they walk, and though few moments quite match the magic of that opening, “Licorice Pizza” never stops pinballing to a sunny, infectious groove. Anderson’s ninth film, his shaggiest, most affectionate and maybe the one I most wanted to watch again immediately after it was over, is a charmingly loose love letter to the Valley of his youth, an ode to a bygone, pre-digital era, and a complete hoot.

“Licorice Pizza” takes its name from a regional record store from the time which never actually appears in the film. But the vinyl store’s absence only enhances the feeling that the light air of Anderson’s film belongs to a disappeared time. It was fairly recent, I think, that the ’70s didn’t seem so very long ago. But that decade is now almost half a century removed from today — the same distance from the ‘70s to the flappers and speakeasies of the '20s.

With lush detail, oodles of verve and a soundtrack featuring David Bowie and Blood, Sweat & Tears, “Licorice Pizza” conjures a gentler, more shambolic time. It’s nostalgic, for sure, but laced with reminders of that era’s shortcomings, too. The spell of that opening shot, for example, is broken with a butt slap from an older man. 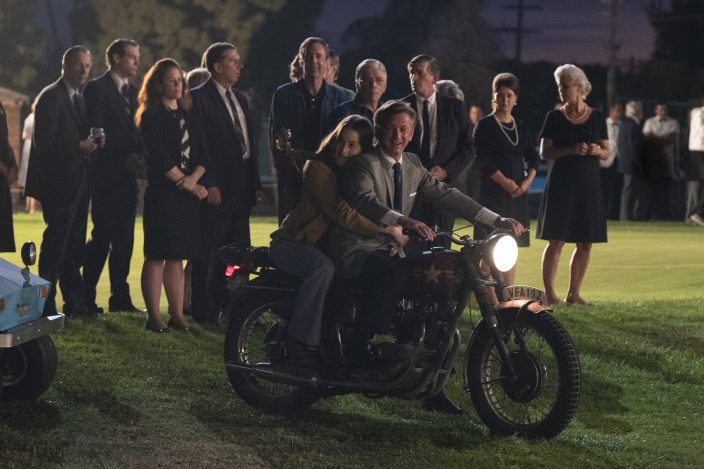 Against hallmark events of the era, like the gas crisis and the dawn of the water bed, Anderson follows the crisscrossing relationship between Gary and Alana. Alana refuses to accept Gary as a boyfriend but they have a hard-to-articulate bond — friends, business partners, maybe soul mates — that keeps them circling back to one another despite the awkward gap in age. In such a richly '70s specific film, their romance, like any love, exists out of time.

The whole film, shot in 35mm, feels like an assortment of memories and old, probably embellished tales. “Licorice Pizza,” full of comic set pieces and digressions, is based on the anecdotes of Gary Goetzman, a producer and actor best known as Tom Hanks’ producing partner. That Hollywood is just over the hill is a constant source of intrigue and farce. Sean Penn pops up as a stand-in for William Holden. A wonderfully over-the-top Bradley Cooper feverishly plays a Jon Peters, boyfriend to Barbra Streisand. Benny Safdie joins later as a local politician Alana volunteers for. As portraits of older men to Alana, they make Gary seem only more of a sweet, genuine exception.

As an amiable, sometimes satirical odyssey populated with outsized characters, “Licorice Pizza” reminded me of an Elaine May film. It’s a golden detour for Anderson, who rarely strays outside California but whose attraction to a subject, mood and tone is endlessly unpredictable. As a love story, it’s not too different from his previous film, “Phantom Thread,” or the earlier “Punch Drunk Love” (which featured Cooper’s late father, Philip Seymour Hoffman, an Anderson regular, selling mattresses — a tender connection to the water beds hawked by his son in “Licorice Pizza”). The self-promoting Gary, too, could be a junior version to some of the hucksters of Anderson’s past films: Philip Baker Hall's gambler in “Hard Eight”; Mark Wahlberg's porn star in “Boogie Nights”; Daniel Day-Lewis' oilman in “There Will Be Blood.” 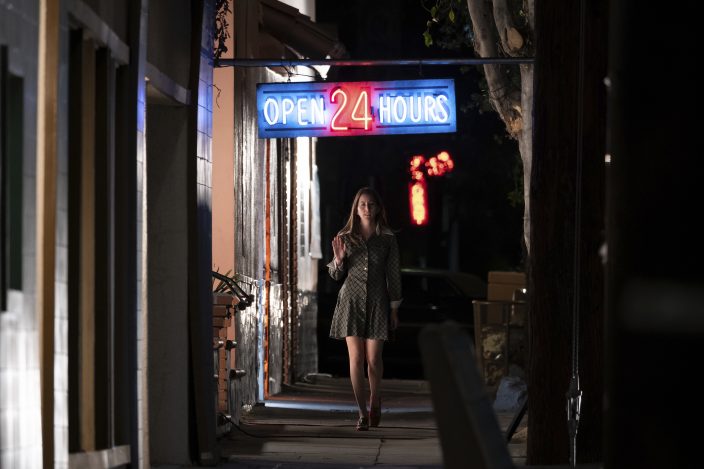 This image released by MGM shows Alana Haim in a scene from "Licorice Pizza." (Melinda Sue GordonMGM via AP)

But “Licorice Pizza” feels like something different, like the culmination of a deconstructionist phase for Anderson — a virtuoso filmmaker who since his most sprawling epics ("Boogie Nights," “Magnolia,” “There Will Be Blood,” “The Master”) has moved increasingly toward humble, organic little movies. Always a personal filmmaker, Anderson has seemed to steadily pare away. His fingerprints on his films are less emphatic but more ubiquitous. (As he did on “Phantom Thread,” Anderson here serves as his own cinematographer, this time alongside Michael Bauman.) “Licorice Pizza,” which includes cameos from Maya Rudolph (Anderson’s wife), John C. Reilly and others, may derive from Goetzman’s tales but it feels almost like a home movie for Anderson, made with friends and family.

“Is this lines or this real?” asks a dazed Tom Waits, as filmmaker Rex Blau, after an impromptu stunt outside the Tail o’ the Cock bar-restaurant in Encino.

But it’s the performances of Haim and Hoffman that most lend “Licorice Pizza” its authenticity. Neither has acted in a film before and their fresh-faced presences electrify the film. There's obvious poignancy to Hoffman, 18, starring in a film by Anderson, but he has an sincerity all his own. Even more of a revelation is Haim, the youngest of the three San Fernando Valley sisters who make up the band Haim. (Anderson, a fan, has shot several music videos for them.) Gary already knows himself, but Alana is figuring it out. Just what Haim is capable of — including steering a daring backwards escape in a moving van — seems to only expand as “Licorice Pizza” winds its joyful way home. 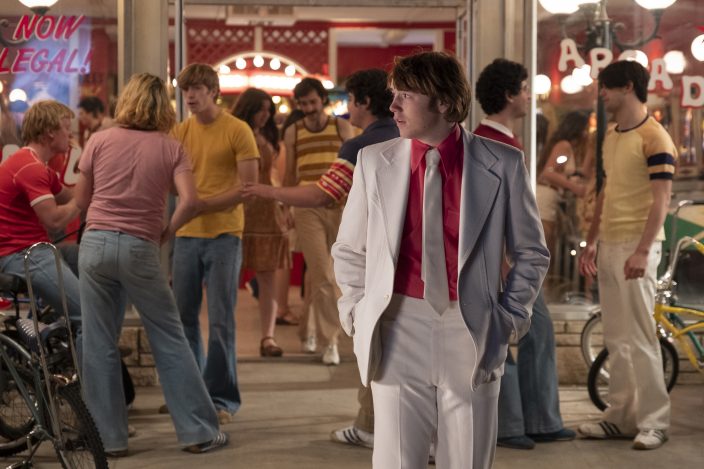 This image released by MGM shows Cooper Hoffman in a scene from "Licorice Pizza." (Melinda Sue GordonMGM via AP)

“Licorice Pizza,” a MGM release, is rated R by the Motion Picture Association of America for language, sexual material and some drug use. Running time: 133 minutes. Four stars out of four. 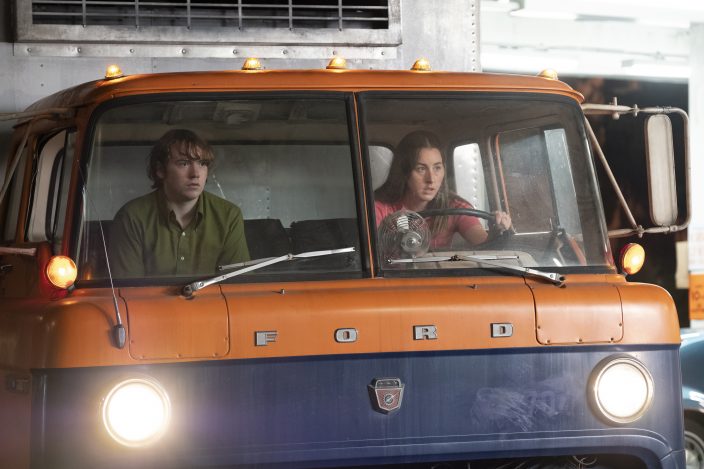 This image released by MGM shows Cooper Hoffman, left, and Alana Haim in a scene from "Licorice Pizza." (Melinda Sue GordonMGM via AP)