No Rafael Nadal. No Carlo Alcaraz. No problem for defending champion Spain so far at the Davis Cup Finals.

Forty-year-old Feliciano Lopez gave Spain an early 1-0 lead over Ecuador in Group A with a 6-3, 6-3 win over Roberto Quiroz at home in Madrid.

The United States, meanwhile, got off to a rough start against host Italy in Turin, where Lorenzo Sonego beat Reilly Opelka 6-3, 7-6 (4) in his home city to open their series in Group E. 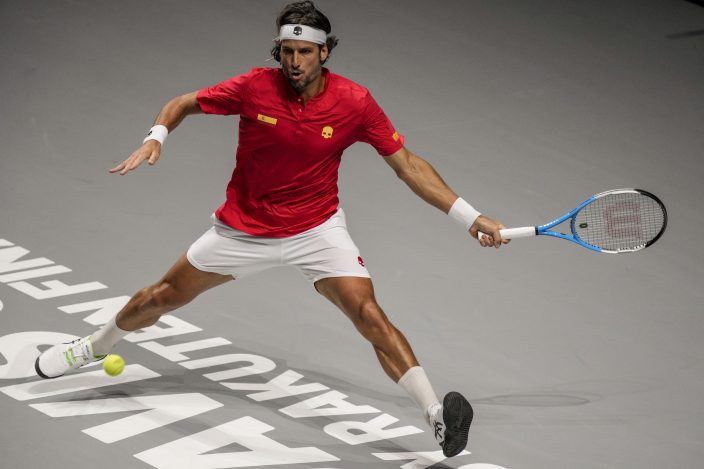 Also Friday, top-ranked Novak Djokovic was slated to play both singles and doubles for Serbia against Austria in Group F in Innsbruck.

Each matchup on indoor hard courts is a best-of-three series featuring two singles and one doubles match. The six group winners plus the two second-place teams with the best records based on sets and games will advance to the quarterfinals.

The semifinals and final will be played in Madrid. 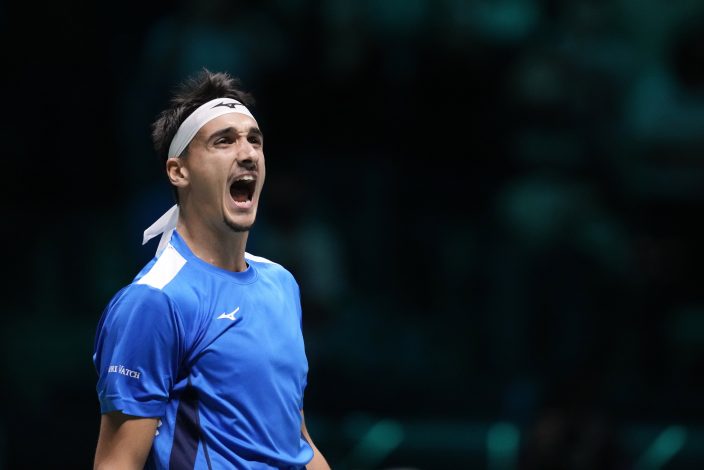 Lopez was thrust into singles action when Alcaraz, the Next Gen ATP Finals champion, tested positive for the coronavirus and was dropped from Spain’s squad on Thursday. Nadal isn’t playing because of a left-foot injury that ended his season early.

With 19th-ranked Roberto Bautista Agut having also left Spain's team earlier this week because of an abdominal injury, the opening match was handed to Lopez. 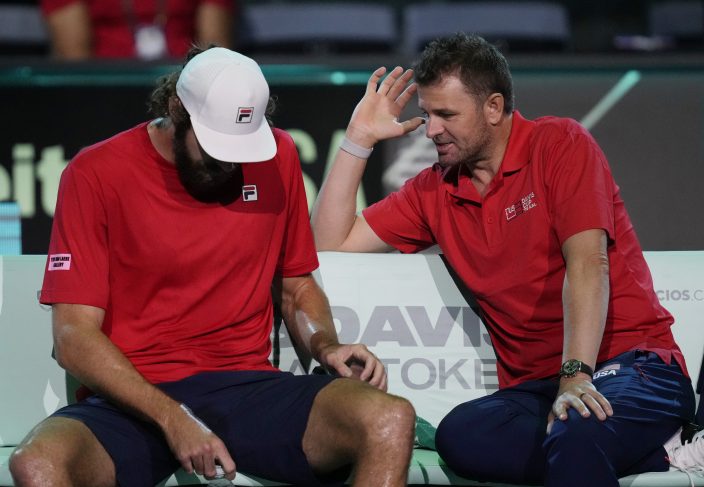 Up next in the best-of-three match series was Pablo Carreno Busta against Emilio Gomez.

Lopez, who was once ranked as high as No. 12, has fallen outside the top 100 in both singles and doubles. His career has gone on for so long that he has already started his post-playing career, having been named the Madrid Open tournament director.

“I still have the passion for the game. This is obvious,” Lopez said. “I’ve been waiting for an opportunity like this. I didn’t expect to be playing but many things happened this week. … I ended up playing a great match.” 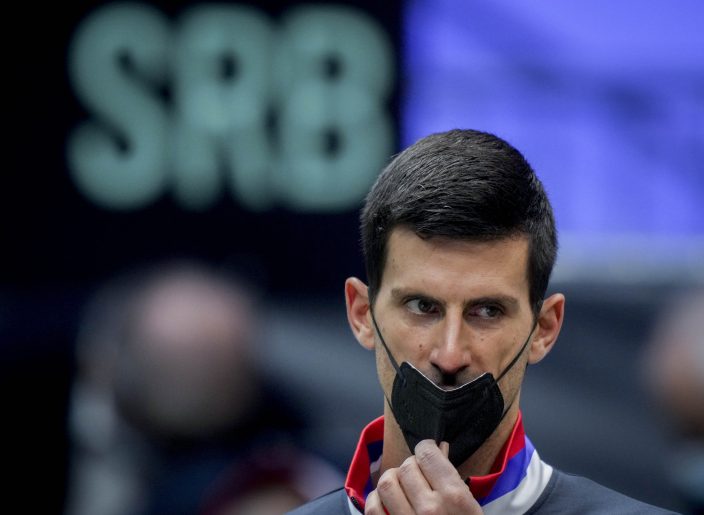 Serbia's Novak Djokovic wears a face mask as he listens to the national anthems prior to a Davis Cup group F match between Serbia and Austria in Innsbruck, Austria, Friday, Nov. 26, 2021. (PhotoMichael Probst)

The big-serving Opelka double-faulted to hand Sonego the only break of their match and then made a few more errors in the tiebreaker as the Italian closed it out with a volley winner on his first match point.