Diogo Jota celebrated his early goal by sitting on the Anfield turf, crossing his legs and pretending to play on a gaming console.

Liverpool simply toyed with Southampton in the English Premier League on Saturday.

In another masterful display by the best attack in the league, Liverpool swept to a 4-0 win. It has scored at least two goals in its last 17 games in all competitions. 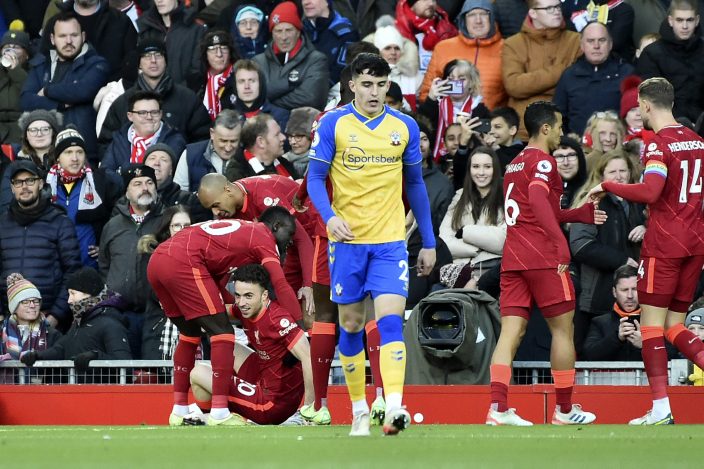 Liverpool's Diogo Jota, on the ground, reacts after scoring the opening goal during the Premier League soccer match between Liverpool and Southampton at Anfield stadium, in Liverpool, England, Saturday, Nov. 27, 2021. (AP PhotoRui Vieira)

Needless to say, Jürgen Klopp’s ruthless team is comfortably the top scorer in the Premier League with 39 — no other side is within eight — and the latest victory pulled Liverpool to within a point of leader Chelsea, which doesn’t play until Sunday against Manchester United.

Jota led Liverpool with two goals — the first coming inside two minutes, with his celebration perhaps a nod to his off-field penchant for gaming. Indeed, he won a FIFA 20 tournament played by Premier League players while soccer was suspended last year following the coronavirus outbreak. 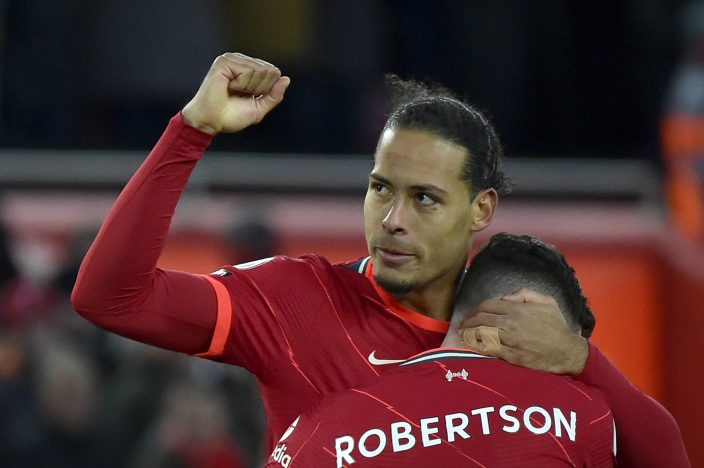 Liverpool was 3-0 ahead after 37 minutes and could easily have doubled its final goals tally.

Liverpool's front-foot style is something Eddie Howe is trying to bring to Newcastle after taking over at the Saudi-controlled north-east club, but it might take some time.

A 2-0 loss at Arsenal extended Newcastle's winless start in the league to 13 games and the last-placed team fell further adrift on Saturday, with next-to-last Norwich drawing at home to Wolverhampton 0-0. 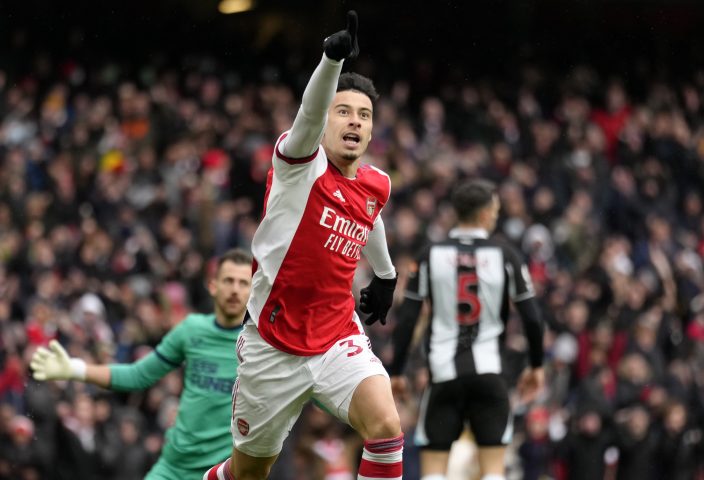 Aston Villa has two straight wins under Gerrard, the latest 2-1 at Crystal Palace. 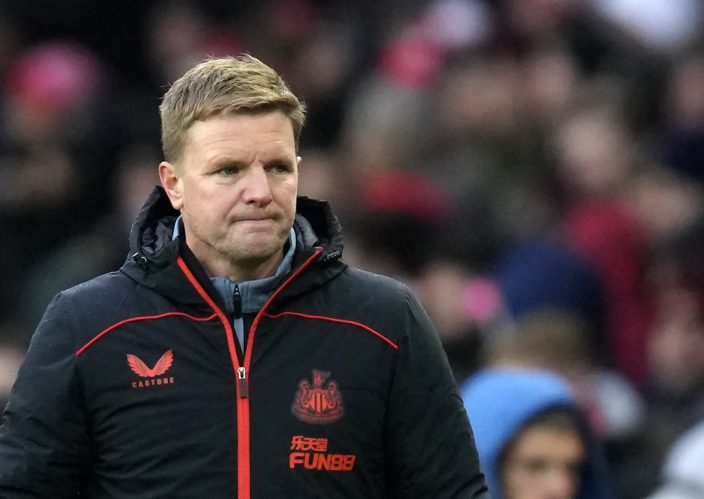 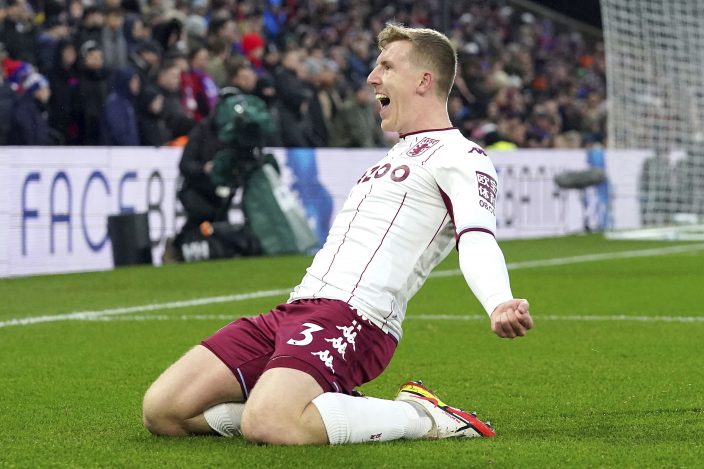 In kids' book, Sotomayor asks: Whom have you helpe ...

'Minor incursion' by Russia could complicate ...

Short of an all-out invasion, Russ ...

Tottenham, Liverpool come from behind to avoid FA Cup upsets