Tariq Lamptey kept setting up chances for Brighton. His teammates kept missing them.

Neal Maupay was the biggest culprit in the 0-0 draw at home to Leeds in the English Premier League on Saturday.

Lamptey is back fit after nine months out injured and the former Chelsea right back was a constant danger with his pace and delivery, creating five opportunities in the first half alone at Amex Stadium. 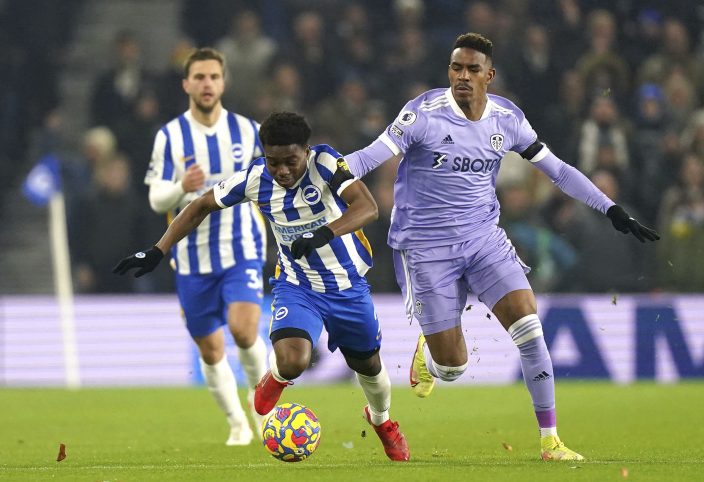 Maupay squandered two of them, shooting over from inside the six-yard box with the goal at his mercy and then volleying wide at the near post. The French striker was starting after three straight games on the bench but trudged off after being substituted in the 68th.

Substitute Solly March struck the post in the 89th for Brighton, too.

Leeds stayed in 17th, one place above the relegation zone, while Brighton was eighth and hasn't won any of its last eight league games.

Spotify says it will grant Young's request to remo ...

Neil Young's music will be removed ...

The Biden administration on Wednes ...