The New York Jets placed rookie running back Michael Carter on injured reserve with a high ankle sprain, sidelining him for at least the next three games.

Carter, who leads the Jets with 430 yards rushing and four TDs, was expected to miss at least two weeks after suffering a low-grade high ankle sprain against Miami last Sunday. He'll be eligible to return for the Jets' rematch with the Dolphins in Miami on Dec. 19. 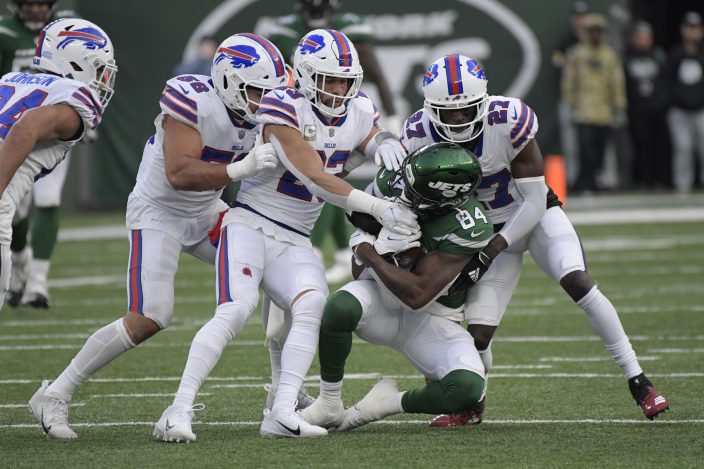 Davis was injured during practice Wednesday and sat out the next day, but was limited Friday. Coach Robert Saleh was optimistic Davis, who has 32 catches this season, would be able to play.

Quarterback Josh Johnson was elevated from the practice squad and will serve as the backup to Zach Wilson, who is returning after missing four games with a sprained knee ligament. Backups Joe Flacco and Mike White are in the COVID-19 protocol.

The team announced senior offensive assistant Matt Cavanaugh was also placed in the COVID-19 protocol Saturday and will not coach Sunday. Quarterbacks coach Rob Calabrese will handle Cavanaugh's duties, which include closely working with the quarterbacks.

Also elevated from the practice squad were running back Austin Walter and defensive ends Ronnie Blair and Jabari Zuniga.

In the pantheon of figure skating ...

Ammendola out, Kessman in as Jets make change at kicker