Britain, Kazakhstan and Croatia each advanced to the quarterfinals of the Davis Cup Finals by winning their groups on Sunday.

Britain beat the Czech Republic 2-1 to win Group C in Innsbruck, Austria, setting up a quarterfinal against either Serbia and top-ranked Novak Djokovic or a Germany team missing No. 3 Alexander Zverev.

Kazakhstan shut out 2019 runner-up Canada 3-0 to win Group B in Madrid, setting up a quarterfinal against a group runner-up. 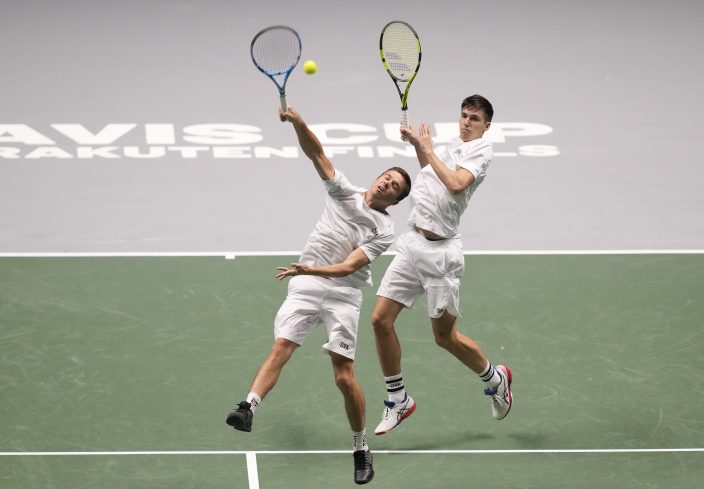 Croatia beat Hungary 2-1 to win Group D and set up a quarterfinal against host Italy in Turin.

Each matchup on indoor hard courts is a best-of-three series featuring two singles and one doubles match. The six group winners plus the two second-place teams with the best records based on sets and games will advance to the quarterfinals.

The semifinals and final will be played in Madrid. 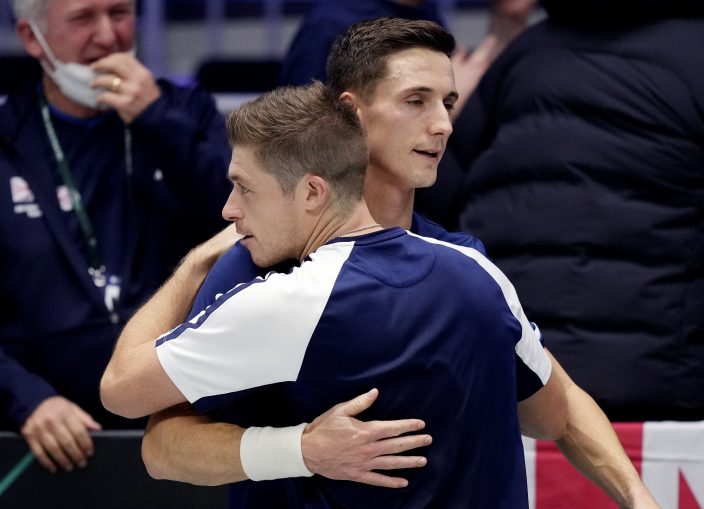 Joe Salisbury and Neal Skupski beat Jiri Vesely and Tomas Machac 6-4, 6-2 in the decisive doubles match to give Britain the 2-1 win. 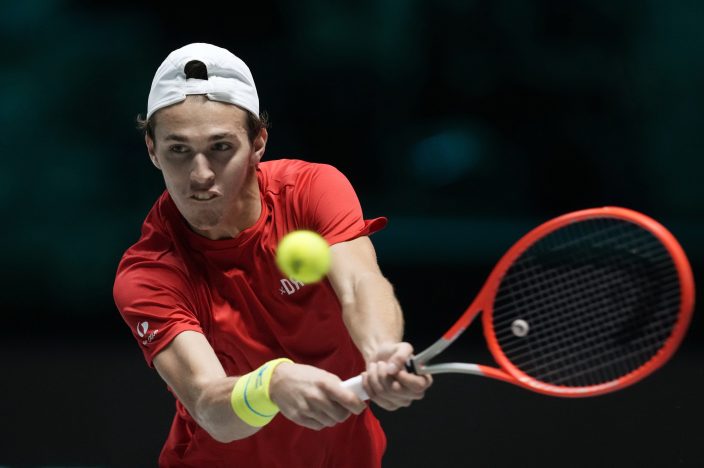 “Today was tough. You look at the rankings and a lot of people would think it’s going to be straightforward but it’s never like that,” Britain captain Leon Smith said. "The Czech team played really well today, they are a very good young team. Machac looked like he had suddenly turned into a top-20 player overnight.”

Still regaining in form after a series of physical issues, Andy Murray opted not to play for Britain. 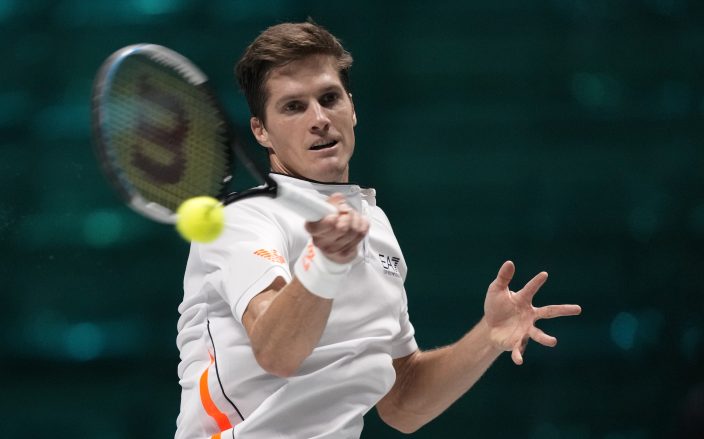 Britain won the group, France finished second and the Czech Republic was third.

Mikhail Kukushkin and Alexander Bublik each won their singles matches to clinch the series victory.

Canada was without its top-two singles players in No. 11 Felix Auger-Aliassime and No. 14 Denis Shapovalov.

Kazakhstan has now reached the quarterfinals in six of the last 10 editions of the Davis Cup.

Then the top-ranked doubles team of Mate Pavic and Nikola Mektic clinched victory over Hungary by defeating Marozsan and Peter Nagy 7-6 (6), 6-2 in the decisive doubles match after Zsombor Piros had upset former U.S. Open champion Marin Cilic 4-6, 7-5, 6-4 to even it at 1-1.

At 40, Lopez fills in fine for Nadal, Alcaraz in Davis Cup