LeBron James had 33 points, nine assists and no confrontations with Isaiah Stewart in the Los Angeles Lakers' 110-106 victory over the Detroit Pistons on Sunday night.

Russell Westbrook had 25 points and nine assists, and Anthony Davis added 24 points and 10 rebounds for the Lakers. They returned to .500 with their second win over Detroit in eight days.

Los Angeles once again failed to pull away from a struggling opponent, but still beat the Pistons at Staples Center for the fifth straight time. 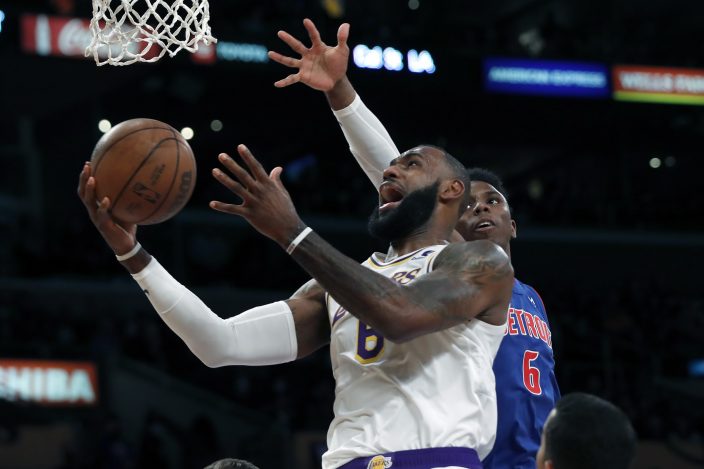 Stewart was booed repeatedly and zealously by the Lakers' crowd, but he appeared to have no significant interactions with James after both players were ejected from the teams’ meeting in Detroit a week earlier for an ugly altercation.

James was assessed a Flagrant-2 foul and ejected when he hit Stewart in the face while they jockeyed for rebounding position. An infuriated Stewart repeatedly attempted to charge at James in the aftermath, earning his own ejection. James served a one-game suspension and Stewart got a two-game ban.

Stewart kept the pot stirring Friday by saying he didn’t think James’ blow had been accidental, as James claims it was. The 20-year-old Stewart is 3 1/2 years older than James’ oldest son, Bronny. 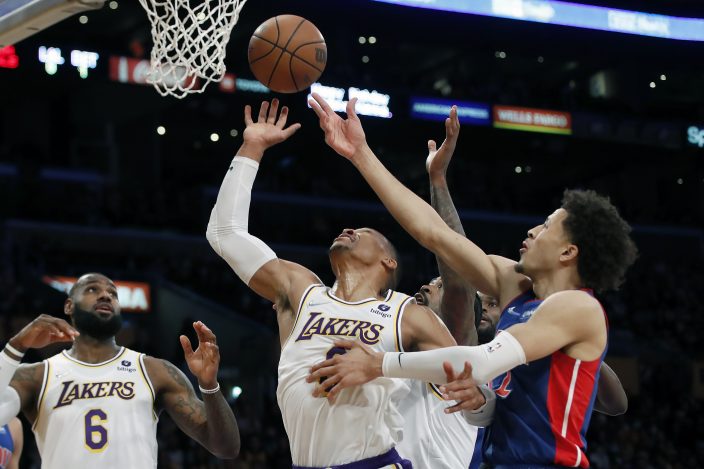 Jerami Grant scored 32 points and No. 1 pick Cade Cunningham had 15 points and 11 rebounds in the Pistons’ sixth straight loss. Detroit followed up its 11-point loss to the Clippers at Staples Center on Friday by being more competitive against Los Angeles' other team, but falling short again.

Stewart had five points and six rebounds in 27 minutes in the rematch.

The Lakers pulled out to a 19-point lead in the third quarter with a 16-0 run, the most consecutive points they've scored this season. But Los Angeles has rarely sustained any significant stretch of good play this season, and the Pistons got to 97-91 with 5:48 left with a 13-2 run. 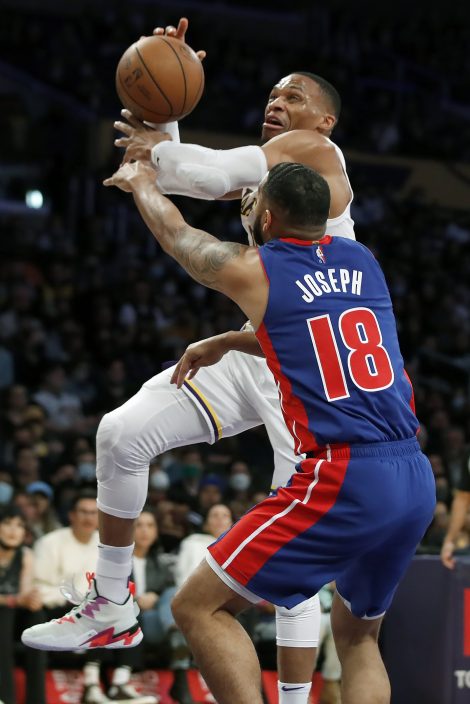 Lakers: Austin Reaves got his first action since Nov. 8, going scoreless in six minutes. The rookie missed 10 games with a hamstring injury. ... Wayne Ellington scored five points on his 34th birthday. The Lakers have five players older than him.

Pistons: At Portland on Tuesday night.

Lakers: At Sacramento on Tuesday night.

US halts Egypt military aid over rights after huge arms ...