Prosecutors added a sixth intentional homicide count Monday against a Wisconsin man accused of driving his SUV through a Christmas parade in suburban Milwaukee.

Investigators allege Darrell Brooks Jr., 39, turned into the parade route in Waukesha on Nov. 21 and swerved the vehicle side-to-side without slowing down as he struck dozens of people. Authorities announced later that night that five people had died.

Police arrested Brooks shortly afterward as he knocked on a homeowner's door asking for help calling a ride. 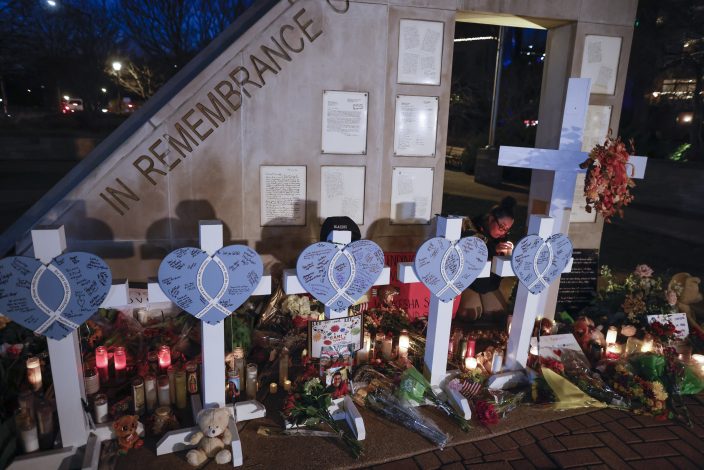 The sixth charge is for Jackson Sparks, an 8-year-old boy who had been walking in the parade with his 12-year-old brother Tucker, who also was hurt in the crash.

Willy Medina, a spokesman for the state public defender's office, which is representing Brooks, declined to comment on the added count.

Brooks' alleged motive remains unknown. Investigators have said he was fleeing the scene of a domestic dispute when he turned into the parade but police were not pursuing him. He was free on $1,000 bail in a Milwaukee County case earlier in November in which he is accused of intentionally striking a woman with his car.

SUV driver in parade crash may have been fleeing a crime

Joy turns to horror as SUV speeds into Christmas parade