The Los Angeles Rams didn’t win a game in November.

That puts a team that was regarded as a Super Bowl favorite coming into the month in the same company with New Orleans, which has been dealing with injuries at quarterback, and Detroit, which is in a total rebuild.

To be fair to the Lions, they at least managed a tie among their three games this month, while the Rams went 0-3 after losing 36-28 to the Green Bay Packers on Sunday. 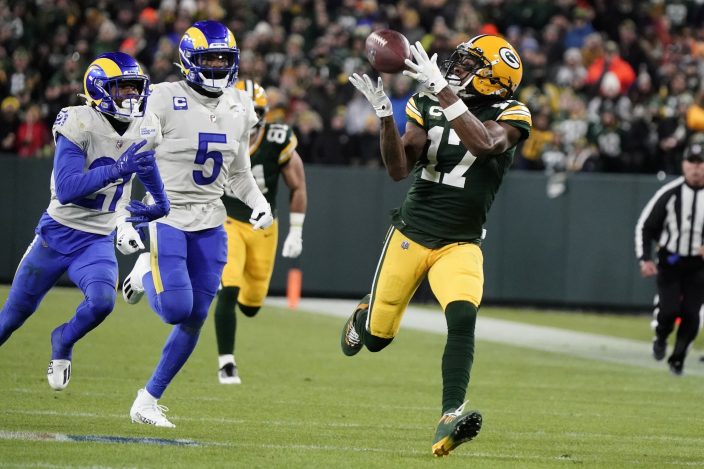 The shocking fall despite bringing in the likes of outside linebacker Von Miller and wide receiver Odell Beckham Jr. is just the second three-game losing streak for Los Angeles since Sean McVay became head coach in 2017.

The Rams (7-4) dropped three straight in Weeks 4 to 6 of the 2019 season, McVay’s lone campaign that did not reach the postseason, but tight end Tyler Higbee said there is no panic. 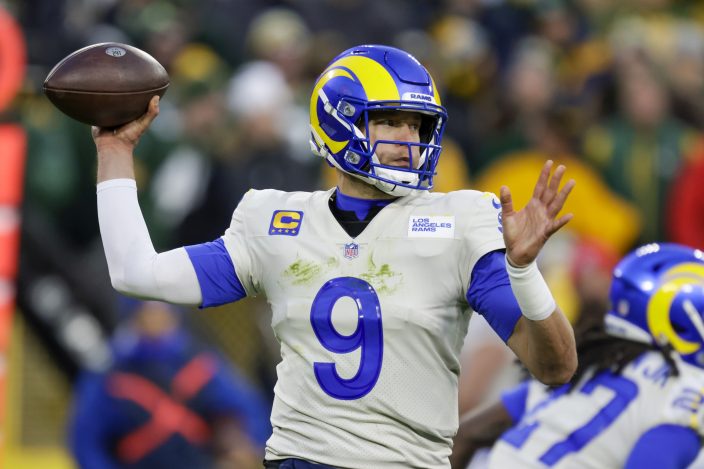 There are plenty of problems to choose from, be it the glut of turnovers from Stafford, including throwing a pick-6 for the third straight game, breakdowns in pass protection, an ineffective ground game or struggles stopping the run.

The Rams’ strong start gave them some margin for error to work through these issues, as they currently hold the first wild card in the NFC, and a home game against Jacksonville (2-9) this Sunday should be the perfect opportunity to get back on track.

McVay said it is important to find a balance between honestly assessing what is going wrong and keeping confidence up.

“You want to just continue to fight your way out of this rut, and we’re gonna go right back to our process. We’re going to look inwardly. ... And I think we’ve got the right kind of guys to be able to fight out of this thing the right way,” McVay said.

On a day where little went right, the defense stepped up in the red zone and on its fringes to give the Rams a chance to make things interesting late. They forced two field goals to start the second quarter, the first coming after Darrell Henderson Jr. was stopped on fourth-and-1 at their 29. There was another hold at the 11-yard line to make the Packers kick a short field goal in the third.

Take your pick. The most glaring concern is ball security, as two lost fumbles and an interception led to 16 points for the Packers. Stafford has thrown five picks and lost a fumble over the three-game skid, accounting for nearly half of the Rams’ 14 total giveaways this season during the losing streak.

WR Van Jefferson got loose for a 79-yard touchdown catch and finished with 93 yards on three grabs after totaling 95 yards on six receptions the previous two games. With Beckham still getting comfortable in McVay’s offense, Los Angeles needs Jefferson to be that reliable second option to Cooper Kupp.

Henderson rushed for 55 yards on 16 carries and didn’t have a run longer than 7 yards. He struggled in short yardage, continuing a troubling trend of the Rams not being able to run the ball when necessary.

Henderson is dealing with a quad strain that could limit him in practice this week. ... Beckham’s back checked out fine, but he does have a hip pointer that will need treatment. ... LB Justin Hollins should resume practicing this week after having surgery in September for a partially torn pectoral muscle, starting the 21-day clock to activate him off injured reserve.

9 — Stafford has been sacked nine times in the past three games. He was dropped just seven times through his first eight games with the Rams.

The Jaguars making the trip out west might be exactly what the Rams need to get their confidence back. Jacksonville is 0-4 on the road this season, averaging 16.5 points in those games.

Ex-leader Poroshenko to go to Ukraine to face charges