The Cleveland City Council voted Monday to approve a lease agreement that will keep the Guardians at Progressive Field through 2036.

The team will also be able to begin planning renovations to the downtown ballpark, which will be upgraded as part of a $435 million project funded in a partnership between the Major League Baseball franchise, the city, Cuyahoga County and the state of Ohio.

Those renovations won't begin until after the 2022 season at the earliest. 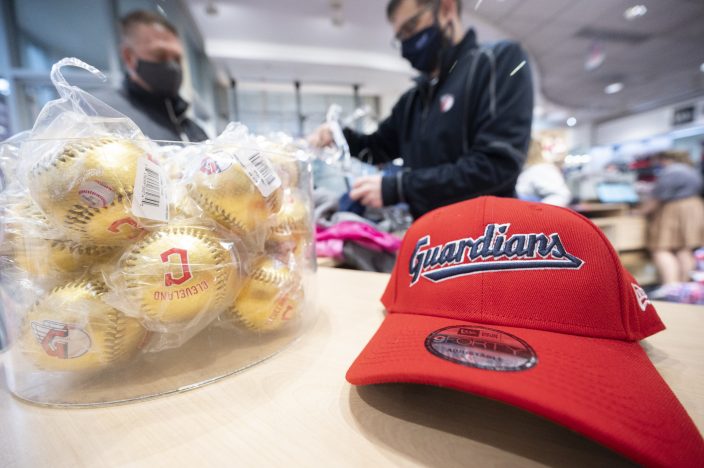 Ben Traska, right, helps customer John Marquart at the opening of the Cleveland Guardians team store in Cleveland, Friday, Nov. 19, 2021. It's Day One for the Guardians, who put caps, jerseys and other merchandise on sale to the public for the first time since dropping the name Indians, the franchise's identity since 1915. (AP PhotoKen Blaze)

The team, which recently changed its name from the Indians to Guardians, had argued the ballpark, which opened as Jacobs Field in 1994, was in need of major repairs.

Under the agreement, which was reached in August, the franchise will pay $10.2 million over the length of the lease on stadium repairs and upgrades. The city and county will pitch in $8 million per year and the state will provide $2 million in aid annually.

Following the Council's vote, the Guardians released a statement praising what it considers a “wise investment that maintains Cleveland’s reputation as a Major League community."