Normally that would make for a mouthwatering “Klassiker,” but yet again German soccer's biggest game is overshadowed by the coronavirus.

Dortmund has canceled all of the 67,000 tickets it sold for Saturday's game against Bayern, the club said ahead of expected strict new restrictions on crowds at sports events. Some tickets could be reissued if it's confirmed fans can attend at reduced capacity. 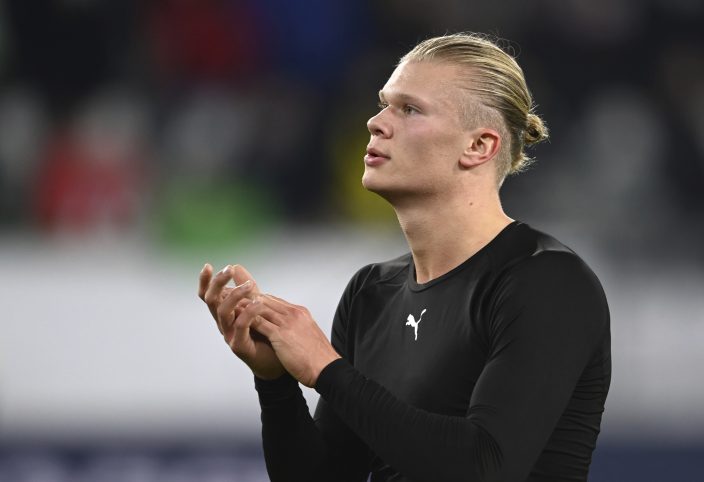 Germany was battling a sharp rise in virus cases over recent weeks even before concerns about a new variant. The Bundesliga had its first empty-stadium game of the season last week at Leipzig, and more will follow.

Even if a small crowd is allowed on Saturday, it will rob the Klassiker of much of the energy generated by Dortmund's famed “Yellow Wall” of vocal fans. Dortmund has won all seven home games since crowds were allowed to return.

“We see how Dortmund perform in the last weeks with fans, and how they perform without the fans (last season) and this is a big difference," former Bayern midfielder and World Cup winner for Germany Lothar Matthäus said on Thursday. "This team need the fans behind (them), especially in difficult situations.” 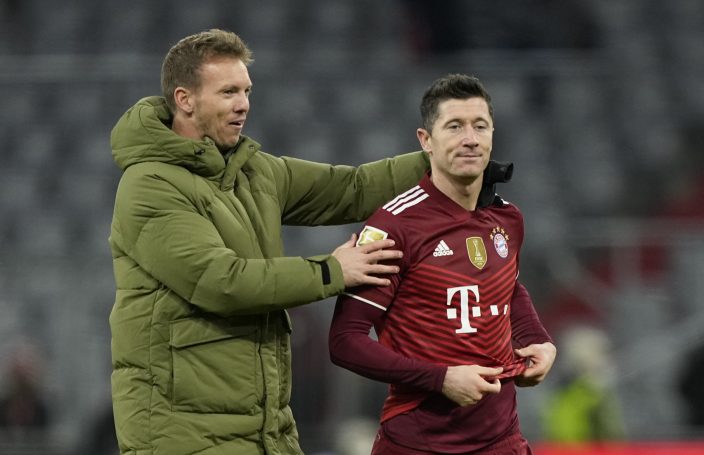 To end Bayern's run of nine consecutive Bundesliga titles, Dortmund needs all the help it can get after an occasionally spectacular but wildly inconsistent few months.

Haaland returned in triumph last week after a hip muscle injury, scoring in a 3-1 win over Wolfsburg for his 50th Bundesliga goal in 50 games, making him the fastest player to that milestone. Doubts remain over his fitness to play a full game against a team as intense as Bayern.

That win over Wolfsburg was notable for Dortmund recovering after conceding the opening goal. More often than not, when things go wrong for Dortmund early, they go very wrong. Dortmund crashed out of the Champions League after 4-0 and 3-1 losses to Ajax and then a 3-1 loss last week at Sporting Lisbon, where the team fell apart after left back Raphael Guerreiro was injured warming up.

Bayern hopes it's over the worst of a squad depth crisis sparked by virus cases. Bayern lost its last away league game 2-1 to Augsburg on Nov. 19 before narrow wins over inferior opposition, 2-1 at Dynamo Kyiv and then 1-0 against Arminia Bielefeld last week.

“Each team has its problems because they’re ahead in the Bundesliga, but in another way, the performance from both teams was not great, especially in the last weeks,” Matthäus said.

Coach Julian Nagelsmann would normally consider using the recent games to give Robert Lewandowski some rest before the Klassiker. He couldn't because backup Eric Maxim Choupo-Moting has been in isolation, first as a contact of a positive case, then after testing positive for the virus himself. The cases focused interest on a group of unvaccinated players in the Bayern squad including midfielder Joshua Kimmich, who also tested positive.

While the soccer world debates if Lewandowski deserved the Ballon D'Or ahead of Lionel Messi, the Polish striker has played every minute of Bayern's last nine games going back to October.

The pressure on the squad has eased a bit after defender Niklas Süle and forwards Serge Gnabry and Jamal Musiala finished their isolation periods.

Dortmund will be without forward Thorgan Hazard after his positive test for the virus, while Jude Bellingham is a doubt with a knee injury. American attacking midfielder Gio Reyna has returned to training after he last played on Sept. 2 with a hamstring injury but isn't expected to be fit to face Bayern.

The virus is hitting other teams hard as well. Leipzig remains without its infected American coach Jesse Marsch as it visits Union Berlin on Friday. Five Leipzig players were also in isolation.

Marsch says he apologized to striker Brian Brobbey after he substituted the Dutch player two minutes before halftime in last week's 3-1 loss to Bayer Leverkusen. That was widely seen as embarrassing for Brobbey, who joined from Ajax in the offseason and has yet to score for Leipzig.

Freiburg surprised many with its fast start to the season and is still in the Champions League spots in fourth but has lost its last three league games. Visiting troubled Borussia Mönchengladbach on Sunday offers a chance to turn that run around.