The Memphis Grizzlies broke the NBA record for margin of victory on Thursday night, beating the Oklahoma City Thunder 152-79.

Memphis used 12 players and nine of them reached double figures in scoring, with Jaren Jackson Jr.’s 27 points leading the way for the Grizzlies. Memphis was without its best player, injured guard Ja Morant. 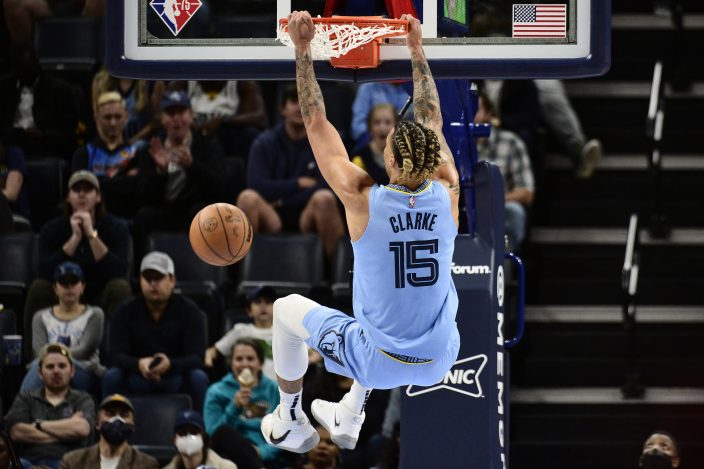 It was 72-36 at halftime and the Grizzlies just kept adding to the lead, eventually pulling ahead by as many as 78 points.

The Thunder flirted with being on the wrong end of the record last season, trailing Indiana by 67 points on May 1 before rallying — such as it was — to lose by merely 57 points, 152-95.

This was worse. Historically worse. 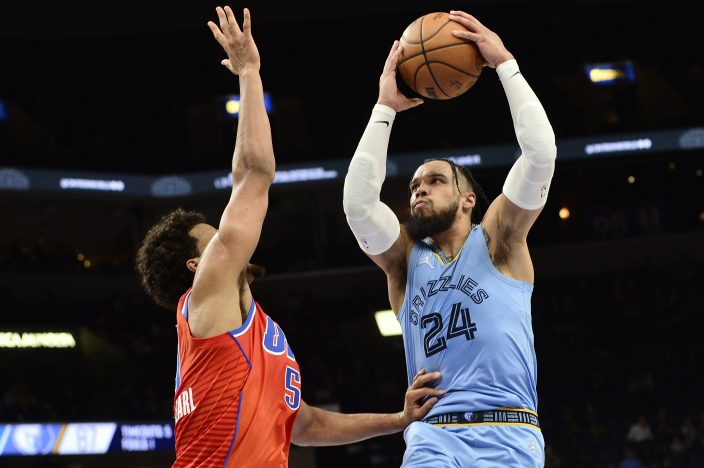 The Grizzlies set a franchise record for shooting, making 62.5% of their shots. De’Anthony Melton scored 19 points, Santi Aldama scored 18 and John Konchar scored 17 for the Grizzlies, and none of those three players even started.

No Memphis starter played more than 21 minutes. Lu Dort led the Thunder with 15 points, and Oklahoma City shot only 33%.

It was 12-8 after five minutes. From there, there was no stopping Memphis. The Grizzlies outscored the Thunder by 15 points in each of the four quarters. 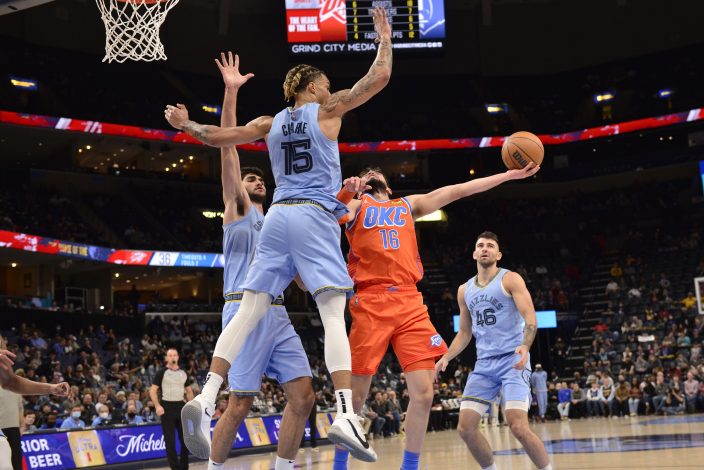 It was the third straight game the Grizzlies have led from start to finish.

The Thunder lost their eighth straight as they continued to play short-handed with a number of players unavailable, including leading scorer Shai Gilgeous-Alexander, who entered concussion protocol earlier Thursday. Gilgeous-Alexander scored 39 points against the Rockets on Wednesday night but suffered a blow to the head late in the game.

Point guard Josh Giddey, who averages 10.4 points and 5.5 assists, sat out with a non-COVID-19 illness, and the remaining players couldn't fill the void in Oklahoma City's offense. 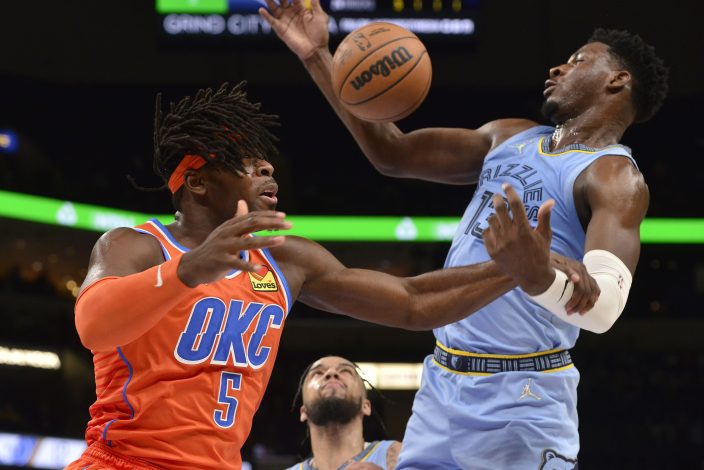 The Thunder had been competitive in their seven straight losses before Thursday night. Their largest margin of defeat was 13 points.

Thunder: Ty Jerome got his first start of the season in place of Gilgeous-Alexander and finished with 12 points. ... Darius Bazley is the only Oklahoma City player to start all 22 games. ... Oklahoma City’s 36 points in the first half was its season low for a half. 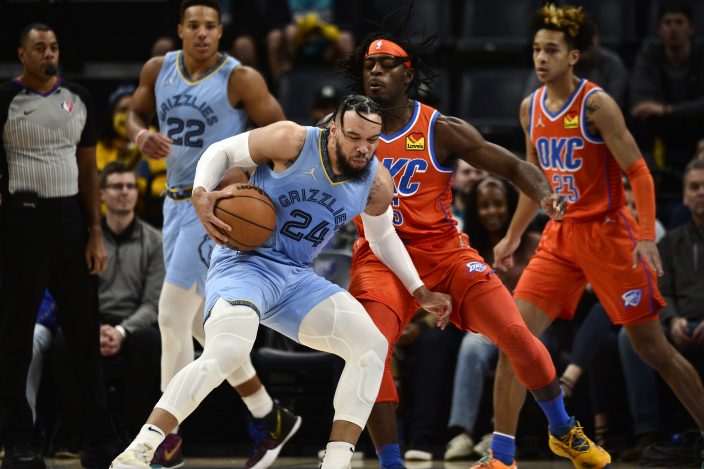 Grizzlies: Were without reserves Kyle Anderson (back soreness) and Ziaire Williams (left knee soreness). ... Memphis is 3-0 since Morant sprained his right knee against Atlanta last Friday. ... The 36 points by the Thunder were a season low by an opponent in a half. ... Memphis’ previous largest margin of victory was 49 points in a 133-84 win over Houston on Feb. 28, 2021. ... The 152 points were the most by Memphis in a game. Its previous mark was 144 against Golden State on Jan. 3, 2007.

Thunder: At Detroit on Monday.

Grizzlies: At Dallas on Saturday.