DeMar DeRozan scored 34 points, Zach LaVine and Nikola Vucevic each added 27, and the Chicago Bulls held on for a 119-115 victory over the New York Knicks on Thursday night.

Those three were the only Chicago players to score in the fourth quarter, but it was just enough after the Knicks had erased a 21-point deficit to take the lead.

DeRozan scored 18 points in the fourth, including the Bulls' final six. LaVine had given Chicago the lead by making two free throws with 53 seconds left after the game was tied at 111. 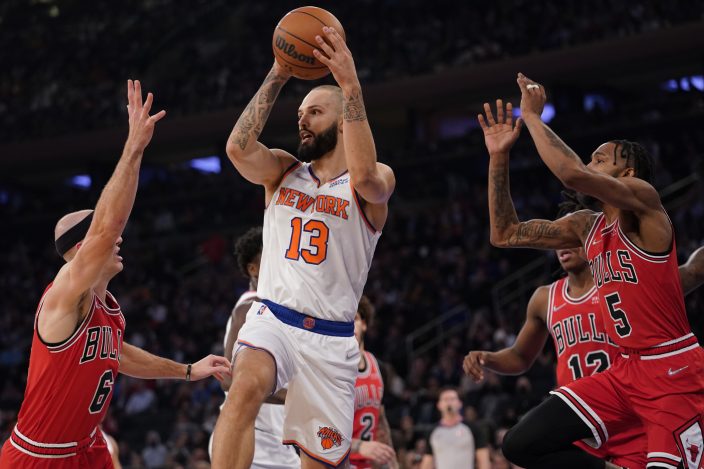 Julius Randle had 30 points, 12 rebounds and six assists, but missed two free throws and had a turnover that led to LaVine's free throws. The Knicks (11-11) fell to .500 for the first time this season after starting 5-1.

Lonzo Ball was 3 for 14, 2 for 10 on 3s, but the Bulls overcame that to beat the the Knicks for the second time in three meetings this season. The first two were in Chicago.

Alec Burks, Evan Fournier and Derrick Rose all had 16 points for the Knicks, who were without starting forward RJ Barrett because of illness along with center Nerlens Noel because of a sore right knee. Then they lost another center when Taj Gibson was ejected in the first quarter. 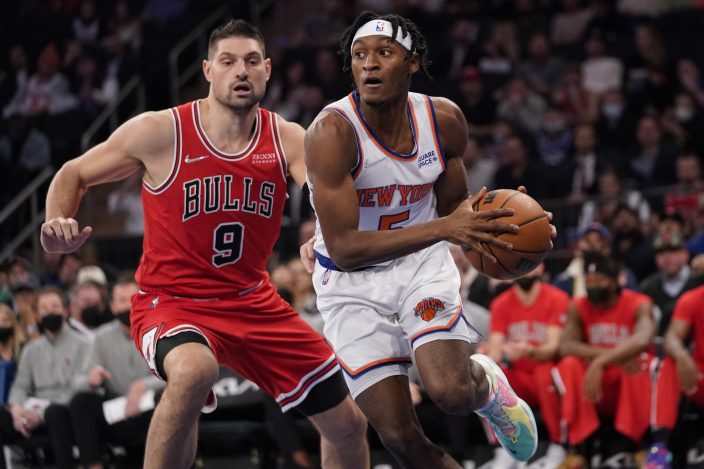 The Knicks led by two a little more than three minutes into the game and just minutes later the Bulls were running them off the floor. A 21-4 spurt made it 28-13 and six straight points toward the end of the first quarter made it 37-17.

The Knicks, who were unhappy with the officiating in their two-point loss at Brooklyn on Tuesday, were irate with it during the quarter. Gibson was called for offensive fouls setting picks on consecutive possessions, jumping up screaming after the second and getting ejected. Less than a minute later, they lost what would have been a basket by Rose when Randle was called for an offensive foul.

New York's bigger problem was the Bulls, who kept a comfortable lead in the second that grew to 21 points and was 69-51 at halftime. 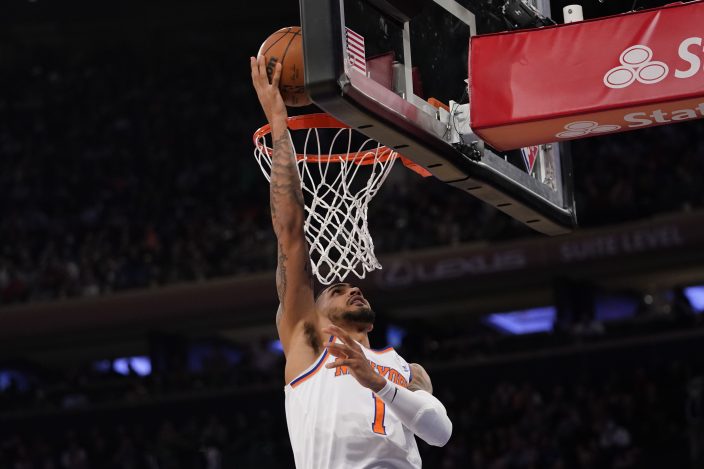 But the Knicks outscored the Bulls 27-10 to open the third, cutting it to 79-78 when Mitchell Robinson dunked after consecutive 3-pointers by Immanuel Quickley.

The Bulls recovered with back-to-back 3s by Vucevic and Ball and led 89-83 after three. 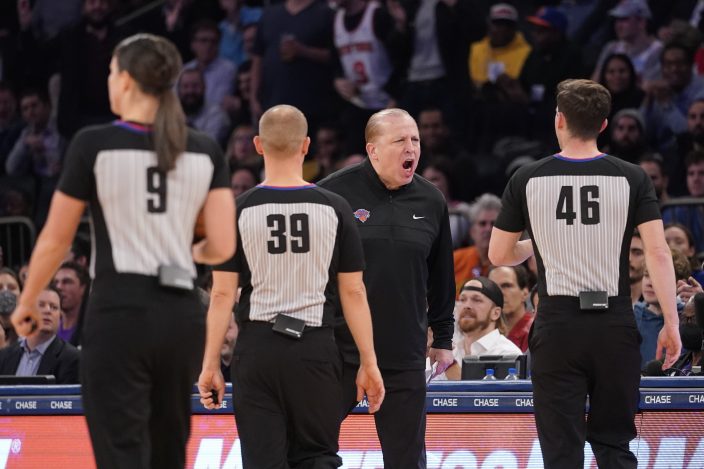 Bulls: Coach Billy Donovan was chosen Thursday as the Eastern Conference coach of the month for October and November.

Knicks: The Knicks had been 7-0 when Fournier made four or more 3-pointers. He was 4 for 10. ... Quickley scored 15 points. ... Another center, Jericho Sims, was also out with an illness.

THE WAY THINGS USED TO BE 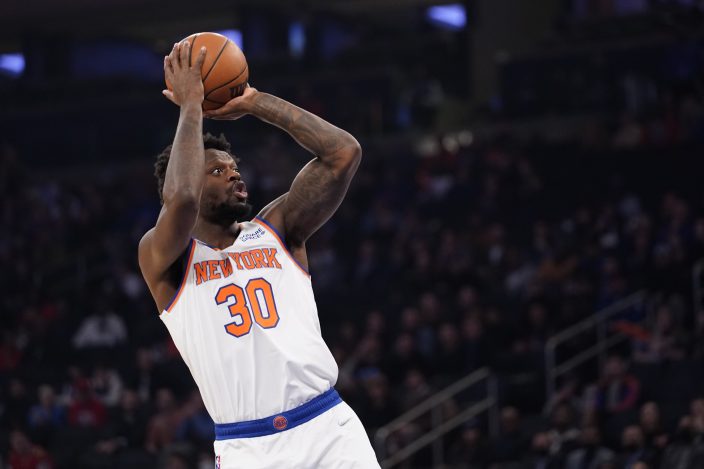 It was the first time the Bulls and Knicks both entered a matchup with each other at least 20 games into a season and both above .500 since April 2013, according to Elias Sports Bureau.

COBY AND THE CORONAVIRUS

Donovan said he spoke Wednesday to guard Coby White, who missed the game after testing positive for the coronavirus and being placed into the NBA's health and safety protocols. He said the guard's experience sounded similar to how it was for Vucevic when he missed seven games earlier.

“Just felt like he has a cold,” Donovan said. “I don’t know if his symptoms progressively get worse or not, obviously it was one day since we found out. But just in my conversation with him, he didn’t feel too bad.”

EXPLAINER: Why Yemen's war has spilled into the Em ...

When LeBron James gets his sixth p ...