Swayman’s shutout was his first of the season and third of the rookie’s NHL career. After stopping 26 shots over the first two periods, Swayman was heavily tested in the third. Among his best saves in the final frame came when he denied Matt Duchene from the slot with the Predators on a power play. 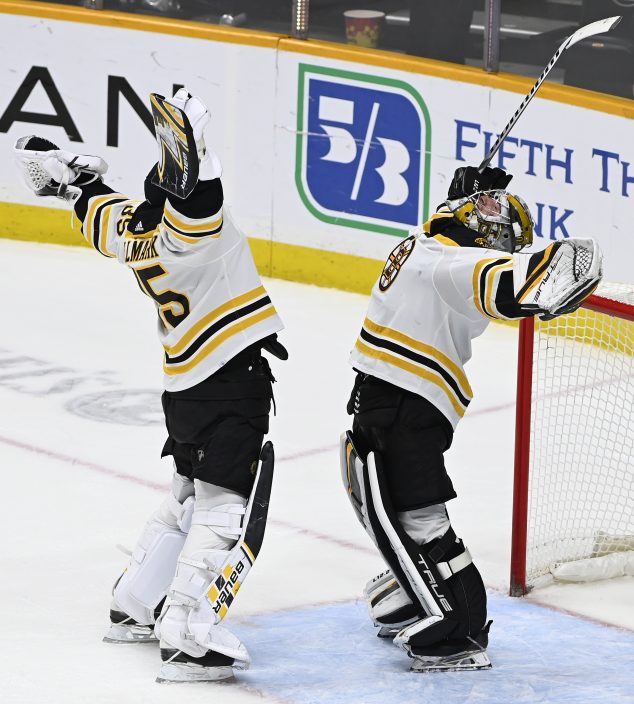 “It was fun to watch,” Swayman said of his team’s effort. “Guys were taking pride in the defensive zone and also in the offensive zone. I had the best seat in the house watching them work, play together, a lot of talk out on the ice."

Juuse Saros made 31 saves for Nashville, which has dropped two of three.

“I thought both goaltenders played very well,” Nashville coach John Hynes said “They had some looks and (Saros) came up with some big saves for us. But they found a way to put two in and we didn’t.” 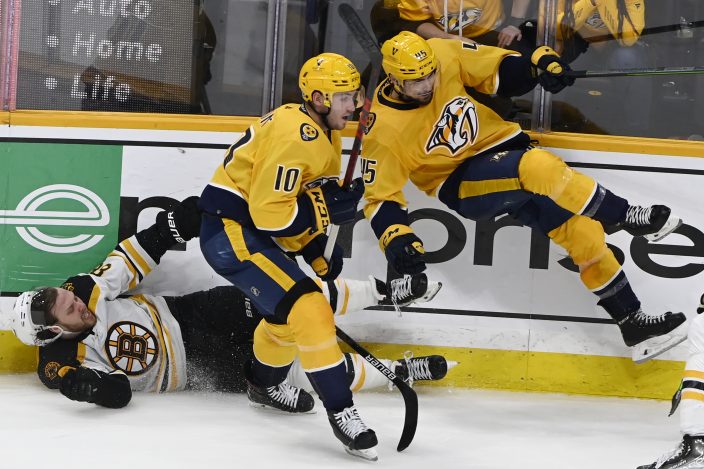 DeBrusk scored the first goal at 14:38 of the opening period. With the Bruins on a power play, he snapped a wrist shot from the top of the left faceoff circle past Saros and just underneath the crossbar on the short side.

“I think that Jake played pretty good tonight,” Bruins assistant coach Joe Sacco said. “He had a good game and hopefully he can build off of that, too. Like we said before, we want Jake to help our team any way possible, and he helped it with a big goal tonight.”

Boston has scored four power-play goals over the last three games in 10 opportunities. 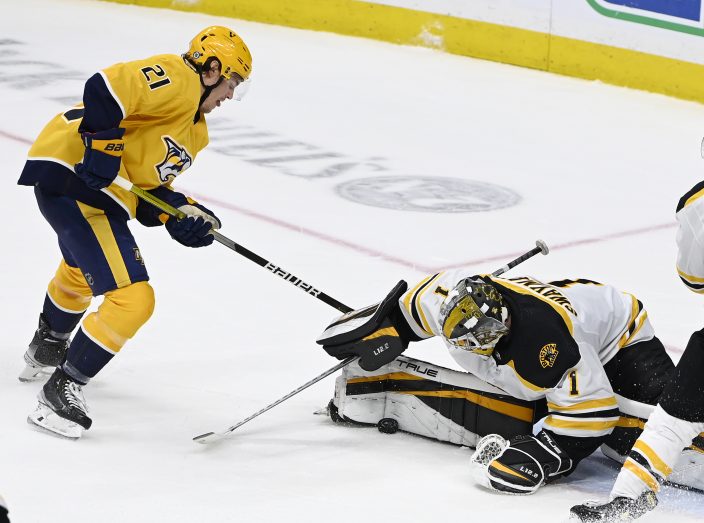 Carlo added on 30 seconds into the second. Former Predator Erik Haula forced a turnover inside the Nashville blue line and sent a pass to Carlo in the high slot. He skated to his right and beat Saros with a slap shot on the stick side.

Bruins wing Craig Smith played his first-ever road game in Nashville on Thursday. Smith played the first 661 games of his NHL career with the Predators, the team that drafted him in the fourth round (98th overall) in the 2009 Draft. 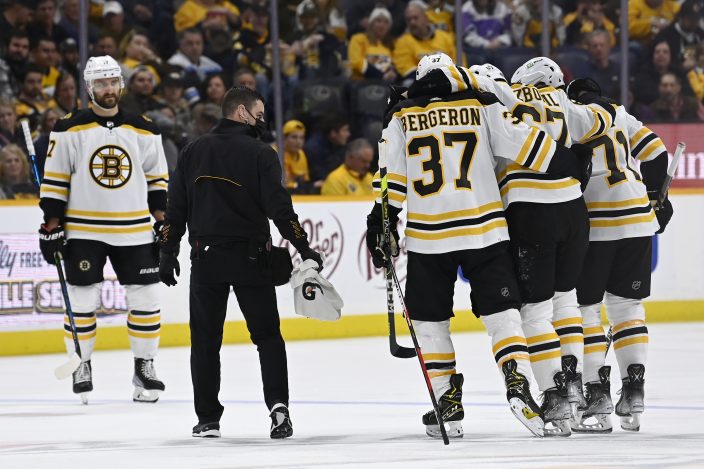 Boston Bruins defenseman Jakub Zboril (67) is helped off the ice during the second period of the team's NHL hockey game against the Nashville Predators on Thursday, Dec. 2, 2021, in Nashville, Tenn. (AP PhotoMark Zaleski)

During a first period media timeout, the Predators played a tribute video featuring Smith’s on and off ice accomplishments during his time in Nashville. At the conclusion of the video, players from both teams tapped their sticks on the ice and boards, and Smith skated to center ice thanking the cheering Bridgestone Arena fans.

With Brad Marchand sitting out the second of his three-game suspension Thursday, the Bruins sewed an assistant captain’s A on Smith’s jersey for the game.

Smith signed with the Bruins as a free agent prior to the start of last season. 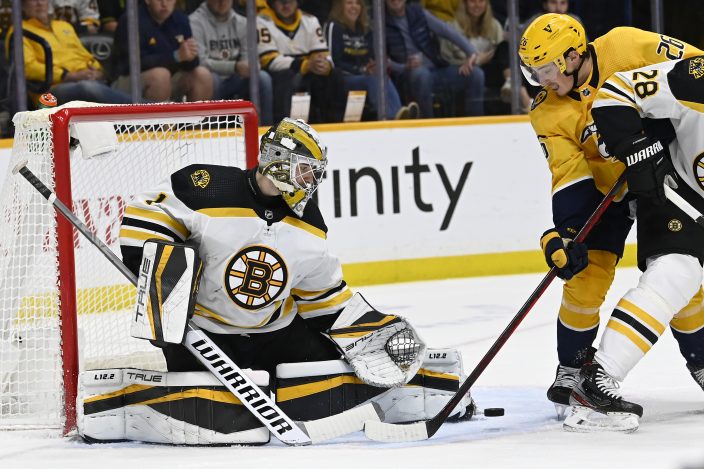 Taylor Hall skated in his 700th career NHL game Thursday. After stints in Edmonton, New Jersey, Arizona and Buffalo, Hall is in his first full season with the Bruins.

The Predators revealed their navy Stadium Series jersey prior to Thursday night’s game. The Predators wore navy-colored jerseys as their dark jersey from the time they entered the league in 1998 until they switched to the current gold at the start of the 2011-12 season.

The Predators host the Montreal Canadiens on Saturday.