Bryn Forbes had 18 points off the bench and the San Antonio Spurs extended their winning streak to a season-high three games with a 114-83 victory over the shorthanded Portland Trail Blazers on Thursday night.

Doug McDermott added 16 points and Dejounte Murray had 15 points and 13 assists for the Spurs.

The loss snapped a 10-game home winning streak for the Blazers. Portland was led by CJ McCollum and Norman Powell with 16 points each. Powell had missed the last two games with a bruised right quadriceps. 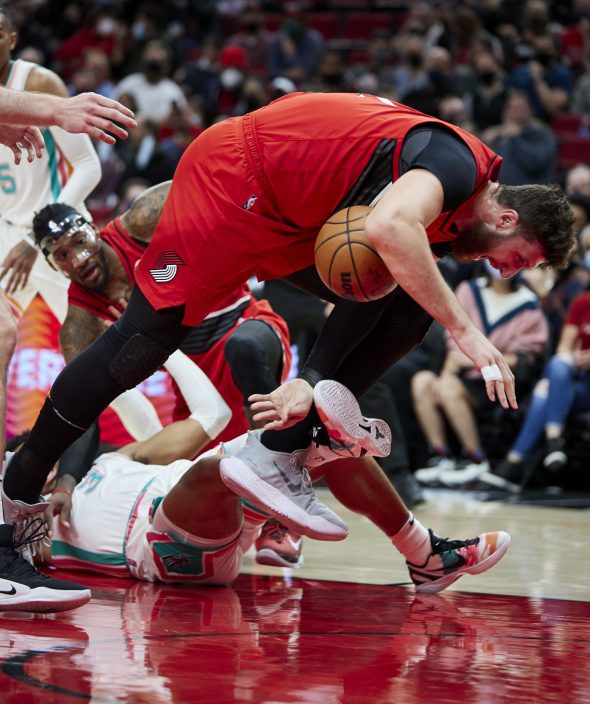 The Blazers were without All-Star guard Damian Lillard, who is out with lower abdominal tendinopathy. Portland announced on Wednesday that Lillard will miss 10 days before being re-evaluated.

Anfernee Simons started in Lillard's place but left in the first quarter after rolling his right ankle and did not return.

The Spurs led 86-70 going into the fourth but the Blazers closed the gap to 87-75 on Ben McLemore's 3-pointer with 8:33 to go. San Antonio answered with a 12-0 run to pull away, and fans began streaming toward the exits. 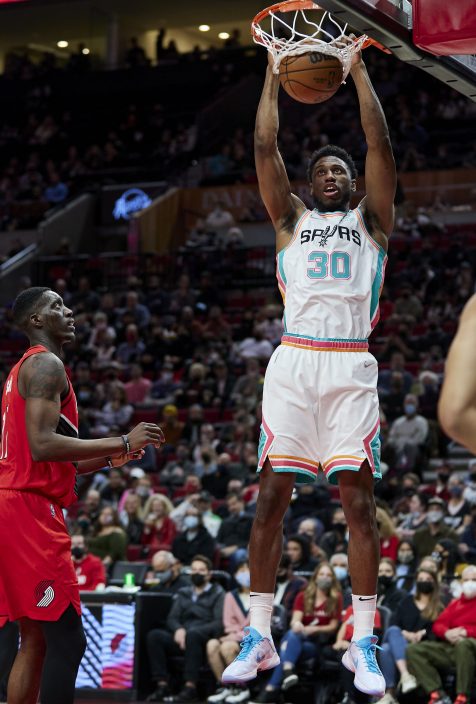 McDermott, acquired by the Spurs in the offseason from Indiana, started against the Blazers after missing four games with right knee inflammation.

Lonnie Walker IV's dunk gave the Spurs a 30-16 lead in the opening quarter. San Antonio pushed its lead to 44-34 after Johnson's basket and free throw. 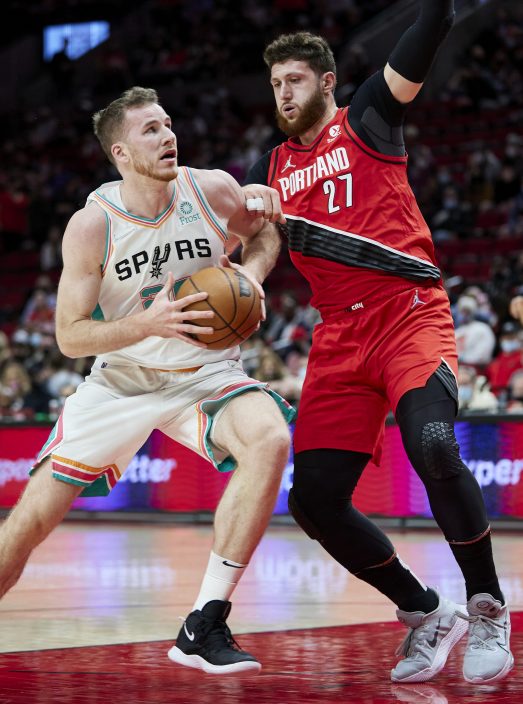 McCollum made a 3 for Portland in the final moments of the opening half, and San Antonio went into the break with a 68-47 lead.

The Spurs visit the Golden State Warriors on Saturday.

The Trail Blazers host the Boston Celtics on Saturday.

A Black woman who settled with the ...