Andrew Mangiapane and Milan Lucic scored on the power play, and the Calgary Flames won their fourth straight road game, 3-2 over the Los Angeles Kings on Thursday night.

Matthew Tkachuk had a goal, Jacob Markstrom make 40 saves and the Flames improved to a league-leading 10-2-2 on the road.

Alex Edler got his 100th career goal and Alex Iafallo also scored, but the Kings lost for the seventh time in eight games. Cal Petersen made 29 saves. 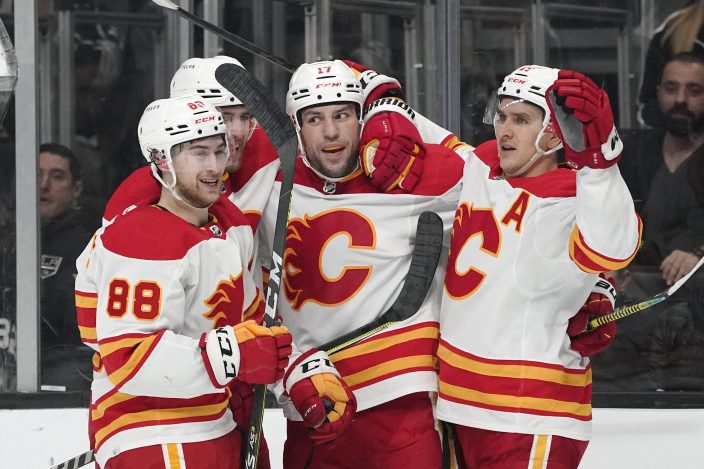 Tkachuk made it 3-1 at 4:54 of the second, with the Flames taking advantage of a turnover in the neutral zone to get his 11th goal on a wrist shot from the right circle.

Edler got the Kings back within 3-2 with 1:49 left in the period, scoring off the rush to pick up his first goal with Los Angeles after playing 15 seasons in Vancouver.

The Flames used two power-play goals to take a lead into the first intermission after falling behind early. 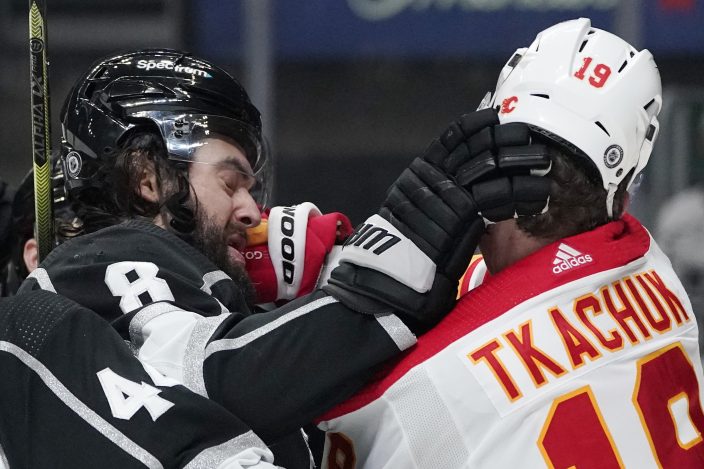 Lucic scored five-hole to put Calgary in front with 3:32 remaining in the period, getting a goal for the second straight game and giving him three in his past four outings.

The Flames tied it 1-all with 8:41 left. Los Angeles couldn’t clear Mikael Backlund’s rebound, and he was able to find Mangiapane in the slot for a one-timer. Mangiapane leads Calgary with 16 goals, a league-leading 15 of which have come on the road, and his five power-play goals are tied with Tkachuk for most on the team.

Iafallo put the Kings ahead 4:30 into the game, tipping the puck under Markstrom’s glove as he had been preparing for a rising shot on Edler’s look from the blue line. It was Iafallo’s third goal in two games. 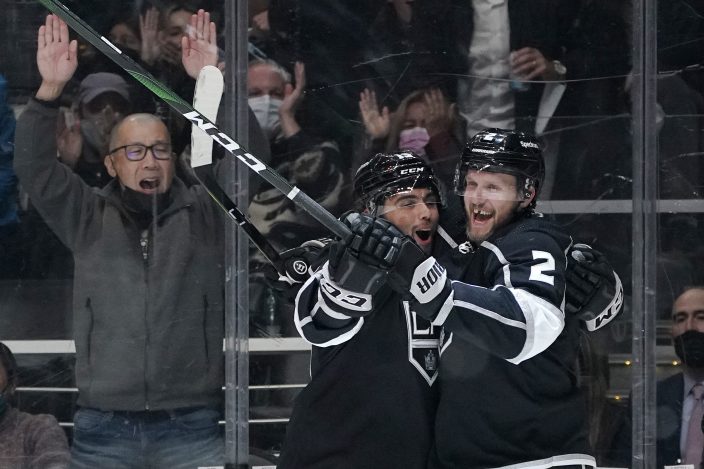 Darryl Sutter coached against Los Angeles for the first time since leading them to Stanley Cup wins in 2012 and 2014. Sutter went 225-147-53 in six seasons with the Kings before he was fired as part of an organization overhaul following the 2016-17 campaign.

Flames F Trevor Lewis played against Los Angeles for the first time. Part of those two Cup-winning teams, he had 70 goals and 93 assists in 674 games during his 12 seasons with the Kings.

NOTES: Mangiapane also had an assist on Lucic’s goal for his fifth multipoint game. Mangiapane had scored two goals in each of his first four. ... Edler has seven goals and 33 assists in 69 games against Calgary. ... Viktor Arvidsson had two assists, giving him two goals and four assists during a four-game point streak.

McMorris in search of one more win: Olympic snowboard g ...

Mark McMorris points to the top of ...