Lamine Diack, the controversial former president of world athletics, has died, his family said Friday. He was 88.

Diack was president of the IAAF, now World Athletics, from 1999 to 2015 after holding several political positions in Senegal. 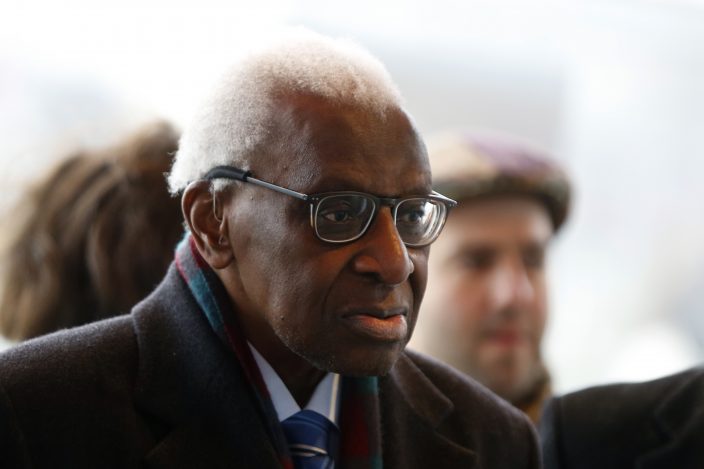 Diack was sentenced to four years in prison for covering up the payment of bribes by Russian athletes involved in doping cases and the financing by Russia of political campaigns in Senegal.

In May, Diack returned home to Senegal from France, where he had been under house arrest, after a local soccer club paid a bond of just over $600,000 to allow him to leave.

Diack was convicted in Paris in September 2020 on multiple charges of corruption during his tenure, some of it related to the Russian doping scandal.

His conviction in France last year marked a spectacular fall from grace for a man who was head of the IAAF for nearly two decades and was an influential figure in the world of Olympic sports.

Diack was found guilty of being part of a scheme that squeezed 3.2 million euros ($3.8 million) in bribes out of Russian athletes suspected of doping. The hush money allowed the athletes, who should have been suspended, to keep competing. Diack was also found guilty on breach of trust charges but acquitted of money laundering.

His son, Papa Massata Diack, who worked as an IAAF marketing consultant, was also convicted and was sentenced to five years in jail in his absence. The judge said $15 million was funneled to the younger Diack’s companies from various contracts negotiated by the IAAF while his father was in charge.