President Joe Biden has at least one thing in common with thousands of parents and grandparents this winter: He’s picked up a cold from his young grandson.

The president has had an unusually low, scratchy voice and an occasional cough all week, prompting questions from the press about his health on Friday. He assured reporters that he’s tested daily for COVID-19 and is negative, and that has been dealing with a scratchy throat for a much less concerning reason.

“What I have is a one-and-a-half year old grandson who had a cold who likes to kiss his pop,” he said. “It's just a cold.” 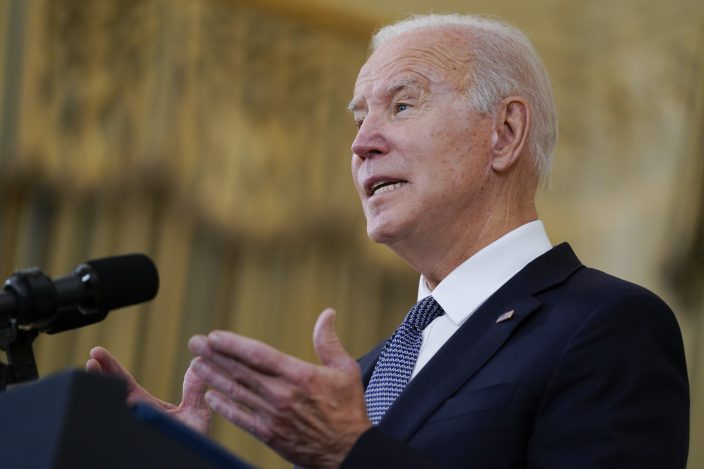 Biden spent the Thanksgiving weekend with his family in Nantucket, and on Monday, his youngest grandson Beau — named after Biden’s deceased son — was at the White House to help his grandmother welcome the White House Christmas tree.

Jill Biden picked a sprig off the tree and gave it to her grandson, along with a kiss.

Biden had his routine physical last month at Walter Reed National Military Medical Center, where his physician released a report declaring him a "healthy, vigorous, 78-year-old male, who is fit to successfully execute the duties of the Presidency.” 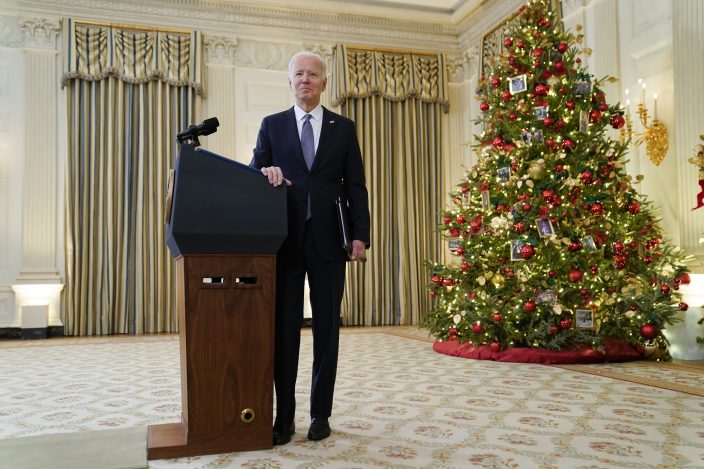 President Joe Biden listens to a reporters question after delivering remarks on the November jobs report, in the State Dining Room of the White House, Friday, Dec. 3, 2021, in Washington. (AP PhotoEvan Vucci)

Dr. Kevin O’Connor, who has been Biden’s primary care physician since 2009, investigated Biden for increased instances of “throat clearing” during public remarks and a stiffening of his gait. O’Connor reported that Biden’s coughing was the result of gastrointestinal reflux and that the stiffened gait was the result of a new diagnosis of “mild peripheral neuropathy,” spinal arthritis and compensation for a broken foot sustained a year ago.

An expert panel on Tuesday advised ...

The Double Ks advance with style at the Australian Open

Nick Kyrgios handed over a racket ...