Seattle, a city known for soggy weather, has seen its wettest fall on record. 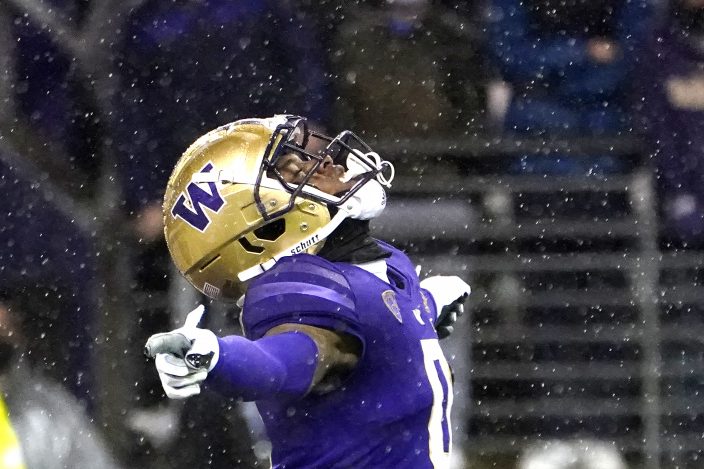 Washington's Giles Jackson signals as the ball goes into the end zone on a kick by Arizona State in the rain during the second half of an NCAA college football game on Nov. 13, 2021, in Seattle. Seattle, a city known for soggy weather, has seen its wettest fall on record. The National Weather Service says 19.04 inches of rain fell in the period between Sept. 1 and Nov. 30, breaking a record set in 2006. (AP PhotoElaine Thompson, File)

Areas north of Seattle were hit especially hard. The city of Bellingham recorded 23.55 inches (59.8 centimeters) of rain from Sept. 1 to Nov. 30, 6.5 inches (16.5 centimeters) more than the previous high. Officials have said damages from November flooding in Whatcom County. which includes Bellingham, could reach as high as $50 million.

“We know that climate change makes those kinds of extreme events both more likely to happen and more severe,” said Meade Krosby a climate adaption scientist at the Climate Impact Group of the University of Washington.

77 years after Auschwitz, Jews honor those who rescued ...