Germany took three of six possible medals in World Cup skeleton racing on Friday, including a sweep of the golds with Tina Hermann winning the women's race and Axel Jungk getting the men's win.

Katie Uhlaender led the U.S. contingent with an eighth-place finish, only 0.56 seconds off Hermann's winning time of 1 minute, 55.36 seconds. Kelly Curtis was 13th and Megan Henry placed 20th for the U.S. women. 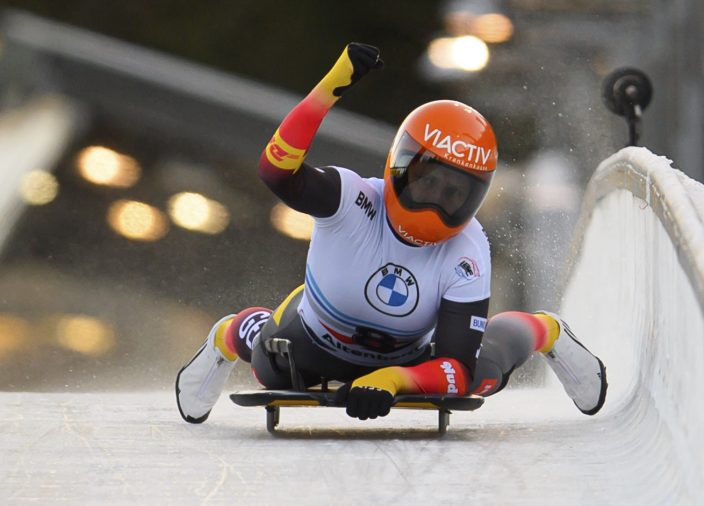 Tina Hermann from Germany cheers after the victory at the Skeleton World Cup in Altenberg, Germany, Friday, Dec. 3, 2021. (Robert Michaeldpa via AP)

Jungk's time was 1:51.71, just 0.11 seconds better than fellow German Christopher Grotheer. Martins Dukurs of Latvia was third, about a half-second off the pace.

John Daly was 20th for the U.S. men. Austin Florian had a medal-contending run going, then crashed late in his first heat and finished 22nd. Florian needed about a half-dozen stitches to close a cut over an eye, the U.S. team said.