Guns used in U.S. school shootings have often come from the homes of young perpetrators, but parents are rarely charged for the violence that occurs, experts say.

They're charged with four counts of involuntary manslaughter, while Ethan, 15, is charged as an adult with murder, terrorism and other crimes. 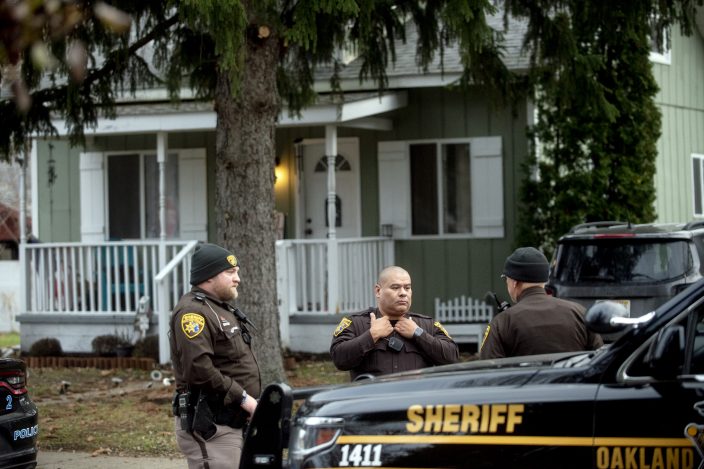 The Crumbley parents and their lawyers haven't commented on the shooting or the charges.

Here's a look at the issues facing the parents:

WHAT DO WE KNOW ABOUT THE GUN?

The semi-automatic handgun used in the shooting Tuesday was purchased legally by James Crumbley on Nov. 26 while his son stood by at the shop, according to investigators. 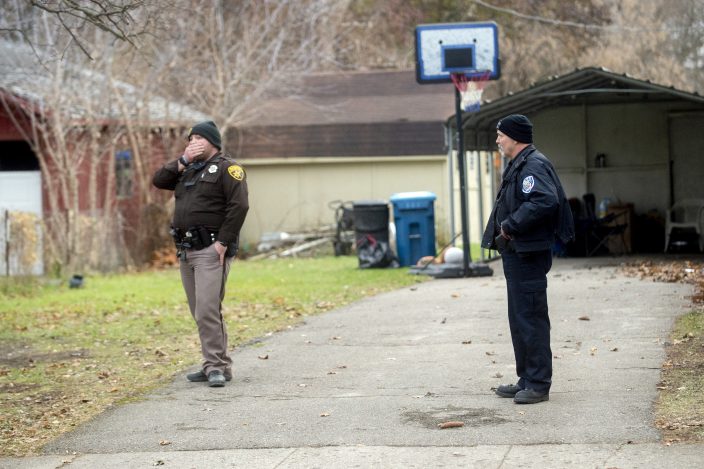 Over the Thanksgiving weekend, Jennifer Crumbley referred to it on social media as a “Christmas present” for her son, and Ethan posted a picture of it on social media, calling it his “new beauty,” McDonald said.

With some very limited exceptions, minors in Michigan aren't allowed to possess guns. But there is no Michigan law that requires owners to keep guns locked away from kids.

“So many states do. There’s 23 states plus Washington, D.C., that have some form of a secure storage law,” Michigan Attorney General Dana Nessel said.

WILL INVOLUNTARY MANSLAUGHTER BE TOUGH TO PROVE?

“It's an unusual charge to bring,” said Eve Brensike Primus, who teaches criminal procedure at University of Michigan law school.

Police said Ethan Crumbley emerged from a bathroom and started shooting other students in the hallway at Oxford High. A few hours earlier, he and his parents had met with school officials. A teacher had found a drawing on his desk with a gun pointing at the words, “The thoughts won’t stop. Help me,” according to the prosecutor.

Ethan, who had no disciplinary record, was told to get counseling but was allowed to stay in school. His backpack was not checked for a weapon, McDonald said.

Primus said authorities must show gross negligence by the parents and causation, or the act of causing something.

“The prosecutor is going to need facts to support the argument that these parents really knew there was a risk that their son would take a gun and shoot people dead,” she said. “Not just that their son was troubled in some way. This is a homicide charge that carries years in prison. This is not a small charge."

In 2000, a Flint-area man pleaded no contest to involuntary manslaughter after a 6-year-old boy who was living with him found a gun in a shoebox and killed a classmate.

A 2019 assessment by the U.S. Department of Homeland Security found that guns came from the home of a parent or close relative in 76% of school attacks where firearms were used. In about half, the firearms were easily accessible.

But laws aimed at restricting gun access are not always enforced and vary in strength, experts say.

“Our laws haven’t really adapted to the reality of school shootings, and the closest we have are these child access prevention laws,” said Kris Brown, president of the Brady gun control advocacy group

In 2020, the mother of an Indiana teen was placed on probation for failing to remove guns from her home after her mentally ill son threatened to kill students. He fired shots inside his school in 2018. No one was injured but the boy killed himself.

In Washington state, the father of a boy who killed four students at a high school in 2014 was convicted of illegally possessing firearms. He was not charged for the shooting, although one of his guns was used.

AP reporter Sophia Tareen in Chicago contributed to this story.

Pope Francis said Wednesday he is ...