Darius Garland had 32 points, 10 assists and eight rebounds, and the Cleveland Cavaliers went on a 19-0 run spanning part of each half in a 116-101 rout of the Washington Wizards on Friday night.

Cleveland won its fourth straight game, and this streak has been pretty emphatic. The Cavaliers beat Orlando by 13, Dallas by 18 and Miami by 26.

On Friday, Cleveland scored the final nine points of the second quarter and the first 10 of the third, pushing a 10-point advantage to 29. After Bradley Beal's layup snapped a drought of about 7 1/2 minutes for Washington, Isaac Okoro and Garland made 3-pointers for Cleveland that made it 81-48. 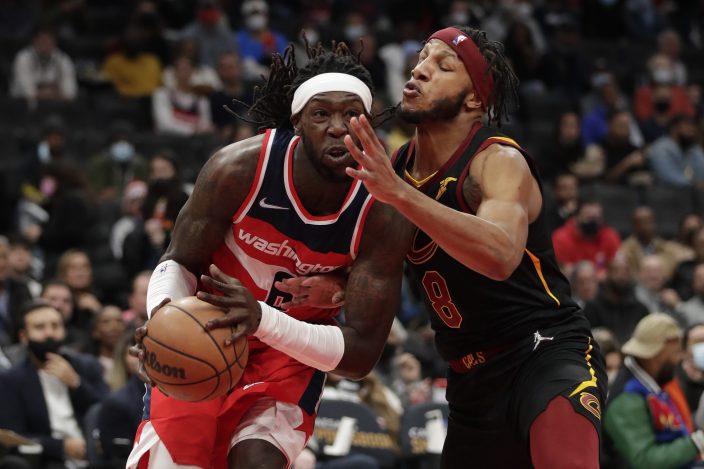 The Cavaliers led by as many as 36 points in the third. It was 99-72 after three before Washington cut into the margin in the fourth.

Jarrett Allen had 28 points and 13 rebounds for his sixth consecutive double-double. 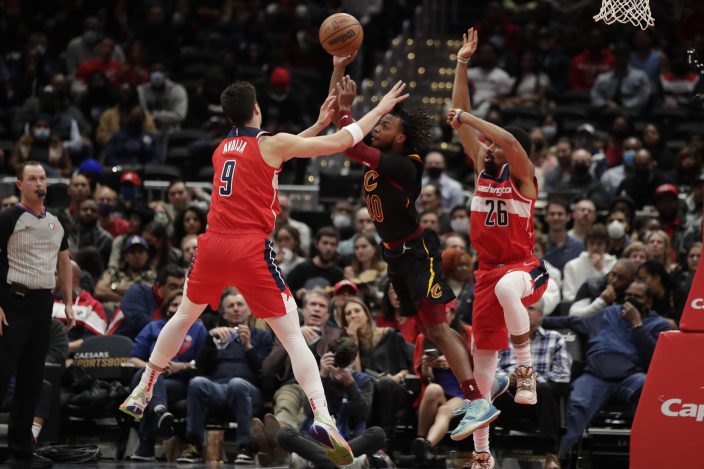 Washington's Kentavious Caldwell-Pope was called for a technical foul after the end of the second quarter. The free throw for Cleveland came at the start of the third. 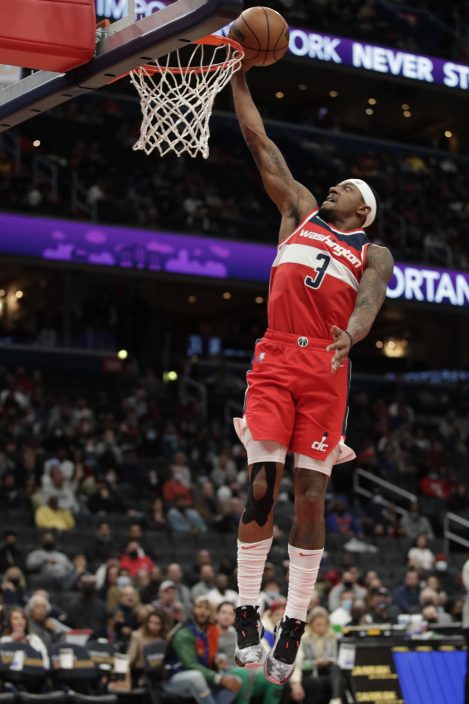 Washington Wizards' Bradley Beal makes a basket during the first half of an NBA basketball game against the Cleveland Cavaliers, Friday, Dec. 3, 2021, in Washington. (AP PhotoLuis M. Alvarez)

Cavaliers: Cleveland's last 13 opponents have shot under 40% from 3-point range, the longest active streak in the NBA. Washington went 10 of 31 (32%). ... The Cavaliers were without F Dean Wade (right calf strain) and F Cedi Osman (low back soreness), and G Collin Sexton is out because of a left knee meniscal tear.

Wizards: Coach Wes Unseld Jr. said before the game the team was still evaluating whether F Rui Hachimura should travel on the upcoming trip. Washington plays three games in four nights, so practice time is limited. Hachimura, who was absent for personal reasons, is now in the process of reconditioning for a return.

Poised and confident, Mahomes has KC back in AFC title ...

You could spend about a year descr ...