The Heat were missing four regulars, including leading scorer Jimmy Butler, but compensated with 16-of-34 shooting from 3-point range, compared to the Pacers' 9 of 36.

Lowry was 6 of 9 from beyond the arc, 9 of 16 overall. The six-time All-Star point guard also had nine assists. 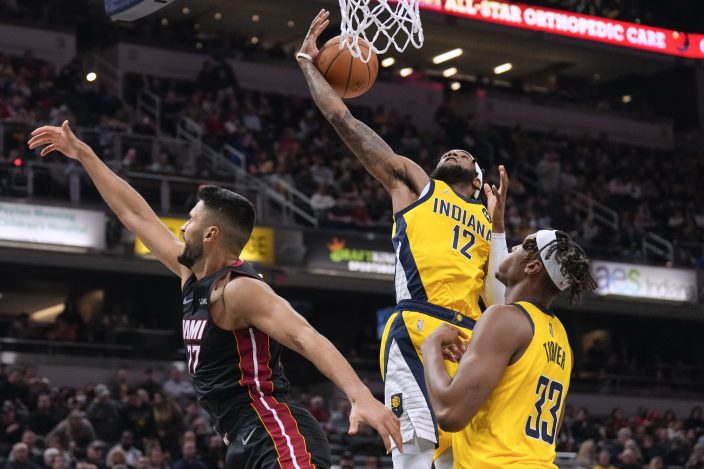 Indiana Pacers forward Oshae Brissett (12) pulls in a rebound next to Miami Heat center Omer Yurtseven (77) during the first half of an NBA basketball game in Indianapolis, Friday, Dec. 3, 2021. (AP PhotoAJ Mast)

Miami was ahead by seven at halftime and gradually added to an 11-point margin entering the fourth as the lead reached 20 points.

Caris LeVert scored a season-high 27 points for the Pacers, who have lost four in a row. Myles Turner had 20 and Chris Duarte 15. Domantas Sabonis added 14 points and 16 rebounds. 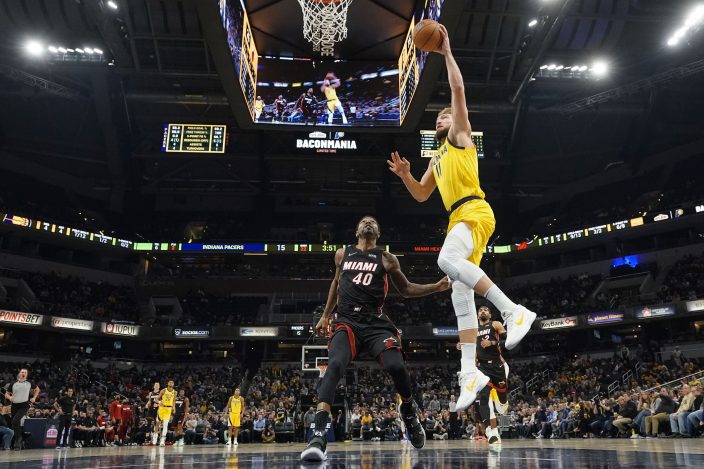 The Heat came out firing from long range, making 7 of 10 3-pointers, with Robinson hitting the seventh and adding a free throw for a four-point play and a 30-17 lead with 3:19 remaining in the first quarter. The Pacers trimmed the deficit to 32-25 entering the second. 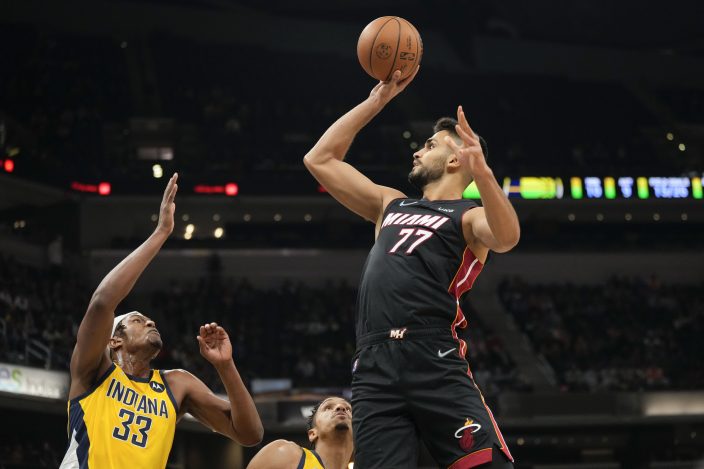 Heat: At Milwaukee on Saturday.

No vaccine? No cafe, according to new French virus law