Eric Gordon scored 24 points and his short jumper with 1.6 seconds left lifted the Houston Rockets to their fifth consecutive win, 118-116 over the Orlando Magic on Friday night.

Houston had dropped 15 straight before its winning streak.

Cole Anthony scored 26 points for the Magic, who have lost eight of nine. 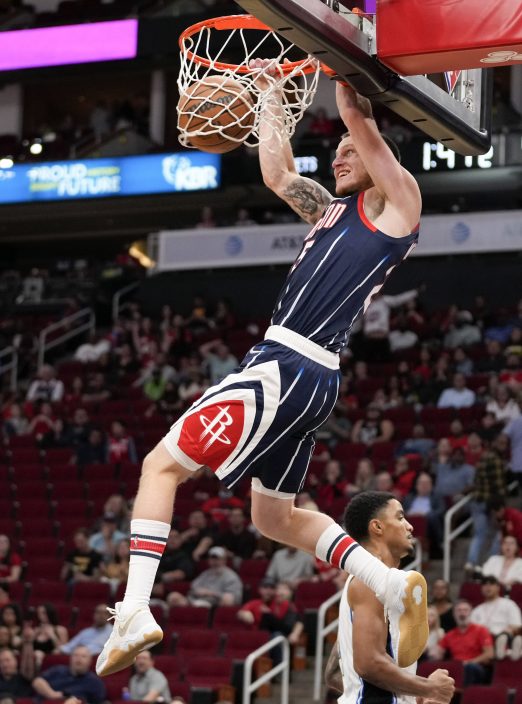 Houston had a 13-point lead with about four minutes left after a big stretch by Garrison Mathews. But Anthony then scored scored eight points in a 13-0 spurt by the Magic that tied the game at 114-114 with 47 seconds to go.

Orlando had three blocks and forced three turnovers in the run.

The Rockets ended a scoring drought of 3 1/2 minutes with a floating jumper by Gordon to regain the lead with 31.4 seconds remaining. But a dunk by Mo Bamba tied it again. 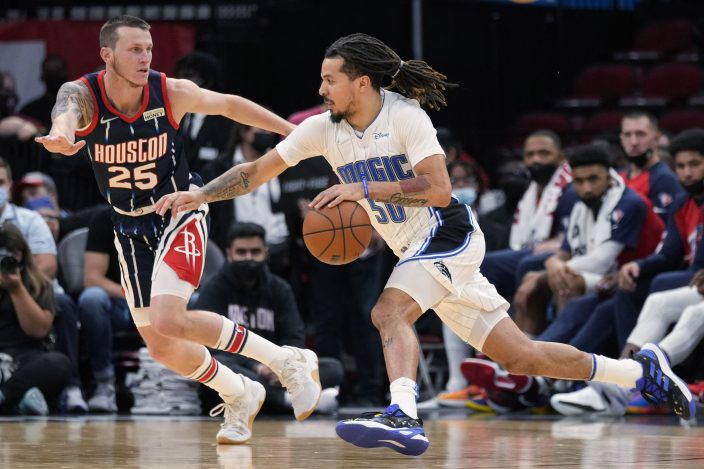 Gordon then dribbled into the lane and knocked down the decisive jumper. The Magic had a chance to win it at the buzzer, but Anthony’s 3-point attempt clanged off the rim.

Christian Wood had 20 points for the Rockets and Matthews scored 10 of his 16 points in the fourth quarter.

Houston was up by one at the end of third and the Rockets had a five-point lead after a three-point play by Alperen Sengun with about seven minutes to go. 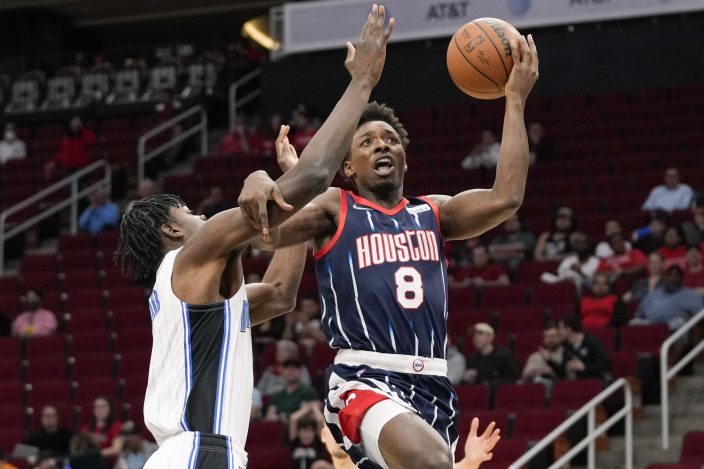 The Magic got a 3 from Anthony after that, but Mathews scored the next seven points to extend Houston’s advantage to 109-100. Mathews got things going when he was fouled on a 3-pointer and crashed to the ground as the ball went through the net. He made the free throw and hit another 3 after a miss by the Magic.

Anthony made a free throw before Mathews hit another 3 to push it to 112-101. Wood added a basket before the Magic rediscovered their offense.

The Magic led by as many as eight points in the third quarter, but Okeke's layup at the end of the period drew Houston within 84-83. Rockets: Rookie Jalen Green missed his fourth straight games with a strained left hamstring. Coach Stephen Silas said Green was getting better but would remain out at least one more week. ... Kevin Porter Jr. scored eight points in the first half but didn’t play after halftime because of a bruised left thigh.

Magic: Visit Golden State on Monday night as they continue a five-game trip.