Donovan Mitchell had 34 points and six assists to lead the Utah Jazz over the Boston Celtics 137-130 Friday night.

Mike Conley added 29 points and seven assists for the Jazz. Rudy Gobert tallied 18 points and 12 rebounds. Utah made a season-high 27 3-pointers and shot 53% from long distance. 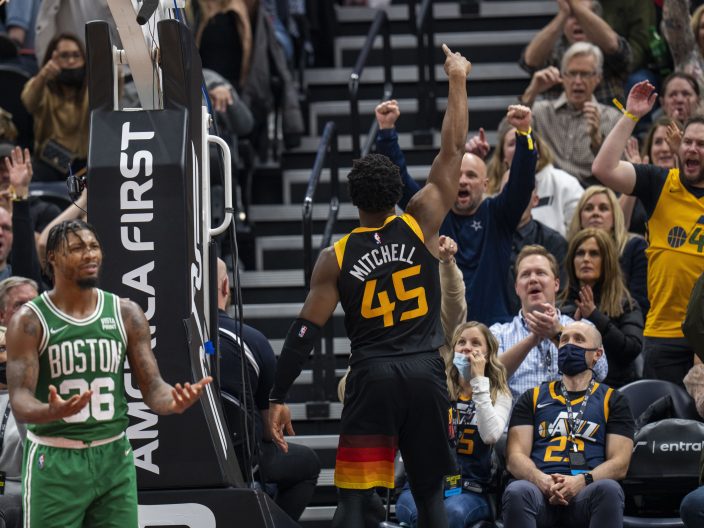 Boston Celtics guard Marcus Smart (36) reacts after being called for a foul as Utah Jazz guard Donovan Mitchell (45) celebrates his own basket in the final minutes of an NBA basketball game Friday, Dec. 3, 2021, in Salt Lake City. (AP PhotoRick Egan)

Tatum made a layup and two free throws to get Boston within three in the final minute. Mitchell hit a stepback 3-pointer with 28.2 seconds left to stave off a comeback.

Conley made three 3-pointers to fuel a game-opening 14-2 run for the Jazz. It set the stage for a first quarter when Utah made nine 3-pointers and shot 12 of 18 from the field overall. 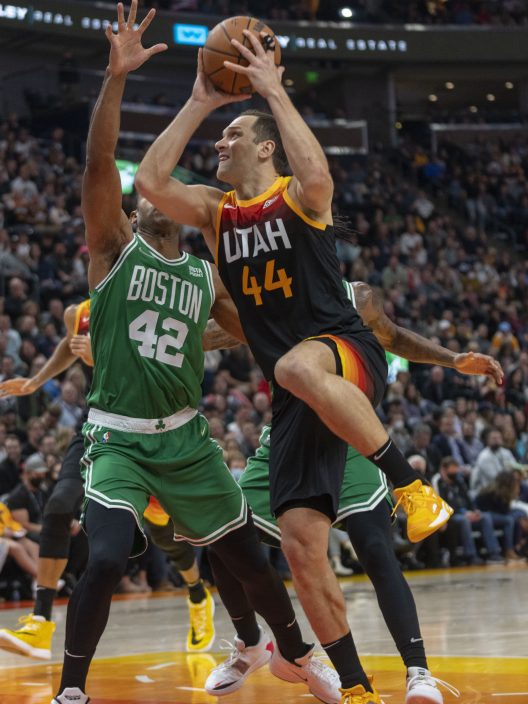 Boston trimmed the deficit to 30-23 on a steal and dunk from Josh Richardson. Jordan Clarkson answered with back-to-back baskets to boost Utah’s lead back to double digits.

The Jazz led 43-29 in the second quarter on a dunk from Gobert. Then, the Celtics rallied. Boston ripped off an 11-0 run punctuated by back-to-back baskets from Tatum and Schroder to cut Utah’s lead to 43-40.

Horford scored five baskets in the second quarter to keep the Jazz from pulling away again before halftime. His final one, a driving hook shot, pulled the Celtics within 57-56. 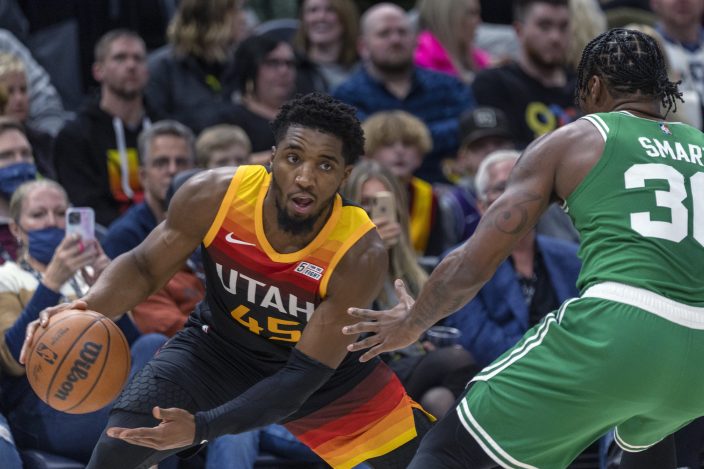 After trailing the entire first half, Boston took its first lead at 73-71 in the third quarter on a reverse layup from Marcus Smart.

Celtics: Jaylen Brown did not play (right hamstring tightness). ... Smart had four steals, giving him 750 for his career. 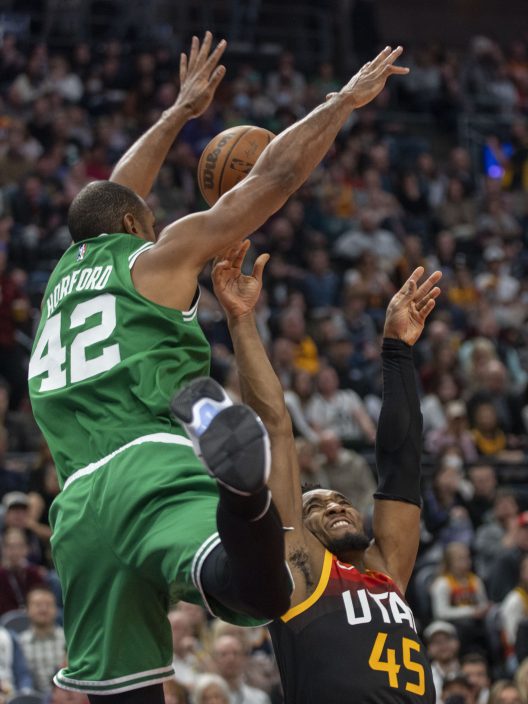 Boston Celtics center Al Horford (42) is called for a foul as he stops Utah Jazz guard Donovan Mitchell (45) from scoring during the first half of an NBA basketball game Friday, Dec. 3, 2021, in Salt Lake City. (AP PhotoRick Egan)

Jazz: Royce O’Neale returned to action after missing two games with a right foot sprain. O’Neale finished with 12 points, 10 rebounds, and five assists. ... Utah scored a season-high 38 points in the first quarter and a season-high 41 in the third quarter. 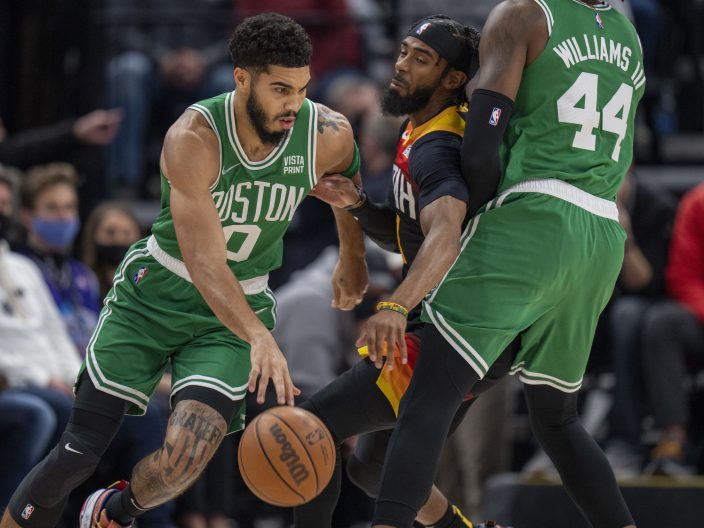