Luke Kennard scored 17 of his 19 points in the second half and hit two clutch 3-pointers in the final minutes, sending the Los Angeles Clippers to a 119-115 victory over the Los Angeles Lakers on Friday night.

Paul George scored 19 points for the Clippers, who never trailed and never pulled away in the city rivals’ first meeting of the season. They played a choppy, chippy game appropriate for two clubs hovering around .500 while dealing with major injury problems that have slowed the development of two rosters harboring NBA title ambitions.

LeBron James had 23 points and 11 rebounds in his first game back from a one-game absence under the NBA’s health and safety protocols. A positive COVID-19 test kept him out of the Lakers’ blowout win over Sacramento on Tuesday, but he received a series of negative subsequent tests that allowed him to play for only the 12th time in the Lakers’ 24 games this season. 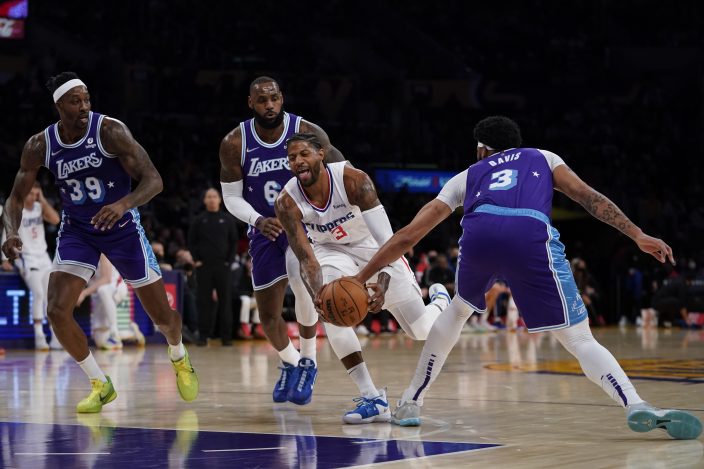 Anthony Davis had 27 points and 10 rebounds, while Malik Monk scored all of his 20 points in the second half for the Lakers, who dropped to 12-12.

Kawhi Leonard has been out all season recovering from knee surgery for the struggling Clippers, who got blown out by New Orleans and Sacramento at home earlier in the week. 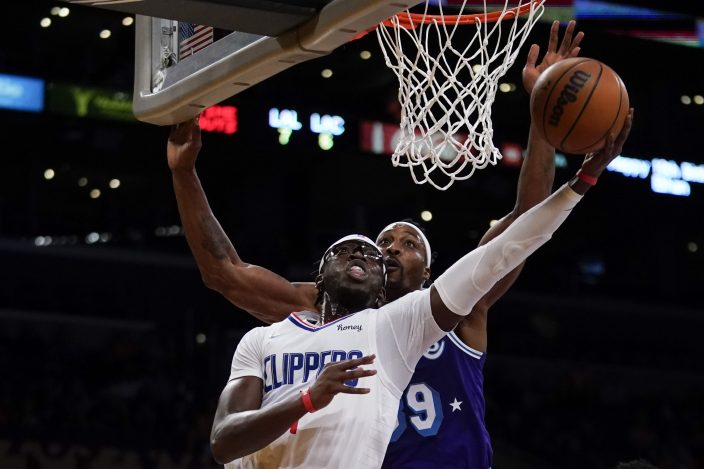 The Clippers never trailed, but also never led by more than 12 points throughout a grinding game on the Lakers' home court. Davis twice missed free throws that would have tied it in the fourth, but Carmelo Anthony's 3-pointer with 2:15 to play trimmed the Clippers' lead to 110-109.

The Lakers then blew two chances to take their first lead on consecutive possessions, and Kennard hit his fourth 3-pointer with 1:12 left. He added his fifth with 38 seconds remaining, pounding his chest and popping his jersey — and Morris nailed his sixth of the night to seal it with 7.6 seconds left.

The Clippers led 53-50 at halftime largely on the strength of 20 free throw attempts, the most they’ve shot in any half this season. Both teams struggled from the perimeter, and the Lakers’ sloppy defense wasn’t offset by Davis’ 12 points. 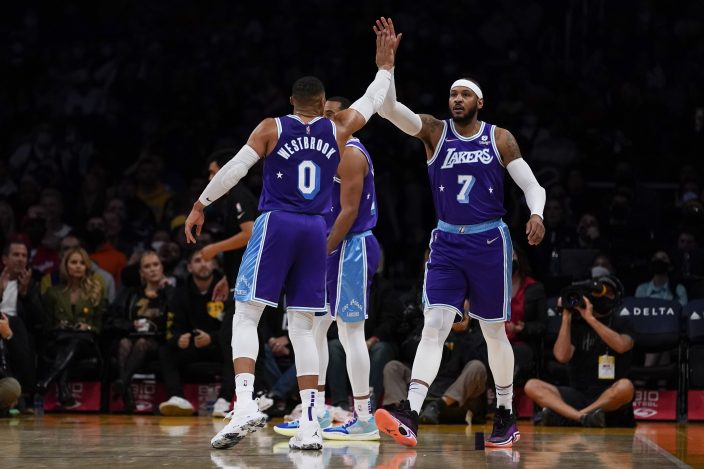 Lakers: Dwight Howard had six points and five rebounds in his first start of the season. Coach Frank Vogel continues to tinker with his starting lineup, sometimes using Davis as his center and sometimes using DeAndre Jordan, who didn't play against the Clippers. ... Avery Bradley was available despite his sprained right thumb, but didn't play.

Clippers: At Sacramento on Saturday.