Colin Blackwell and Alex Wennberg scored less than three minutes apart in the second period, and the Seattle Kraken beat the Edmonton Oilers 4-3 on Friday night.

Yanni Gourde and Adam Larsson scored in the first period for the expansion Kraken, and Philipp Grubauer had 29 saves — including 13 in the third period.

Connor McDavid, Leon Draisaitl and Evan Bouchard each had a goal and an assist for the Oilers. Stuart Skinner made 30 saves as Edmonton snapped a three-game win streak. 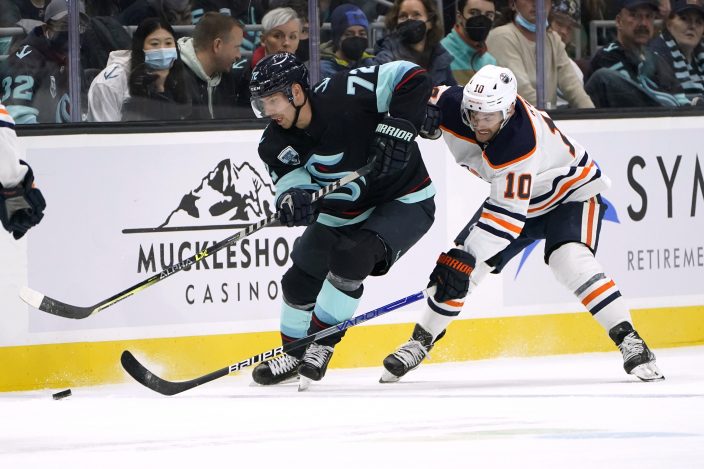 After a five-point road trip, Seattle returned home and won its third in the past four and fifth in the past seven, most of those coming against some of the top teams in the league.

Wennberg’s goal gave Seattle a 4-2 lead with 4:07 left in the second period when what appeared to be a pass to Marcus Johansson deflected into the Edmonton net.

McDavid pulled with Oilers within one on his 16th with 8:16 remaining in the third. 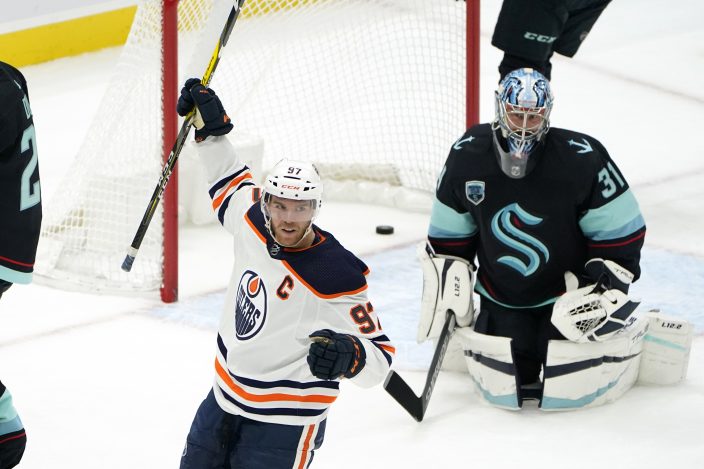 Edmonton got a power player with 1:31 left after Larsson was called for roughing, but couldn’t find an equalizer even with a 6-on-4 advantage.

Gourde scored his sixth goal of the season 49 seconds into the game to put Seattle up 1-0.

Draisaitl scored his league-high 21st to tie it at 6:41 on in the first period, and Larsson scored against his former team to put Seattle back ahead with 9:22 remaining. 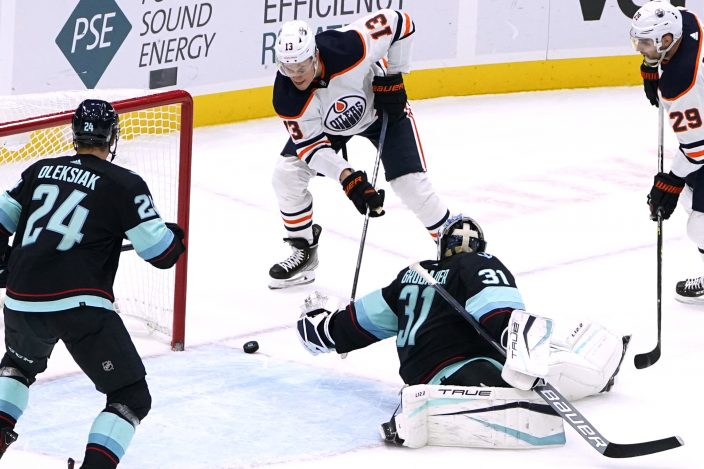 Seattle Kraken goaltender Philipp Grubauer (31) reaches across to make a save on a shot from Edmonton Oilers right wing Jesse Puljujarvi (13) during the third period of an NHL hockey game Friday, Dec. 3, 2021, in Seattle. (AP PhotoElaine Thompson)

Bouchard scored on a slap shot at 8:12 of the second to tie it.

Blackwell put the Kraken back ahead with 6:54 remining in the middle period, and Wennberg gave them a two-goal 2:47 later.

Skinner's glove save on Morgan Geekie with 8:32 remaining in the third a Seattle power play kept it a two-goal deficit and 16 seconds later, as the advantage ended, McDavid tipped Bouchard’s shot from the point past Grubauer. 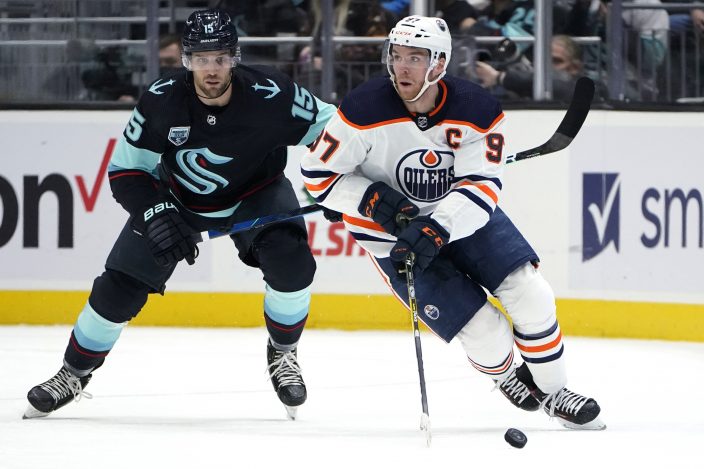 Three of Seattle’s previous four wins had come against some of the best in the Eastern Conference with victories at home over Washington and Carolina, and a road win at Florida.

Edmonton’s Kailer Yamamoto and Derek Ryan became the first NHL players born in the state of Washington to play a regular season in the state. Both players are from Spokane. 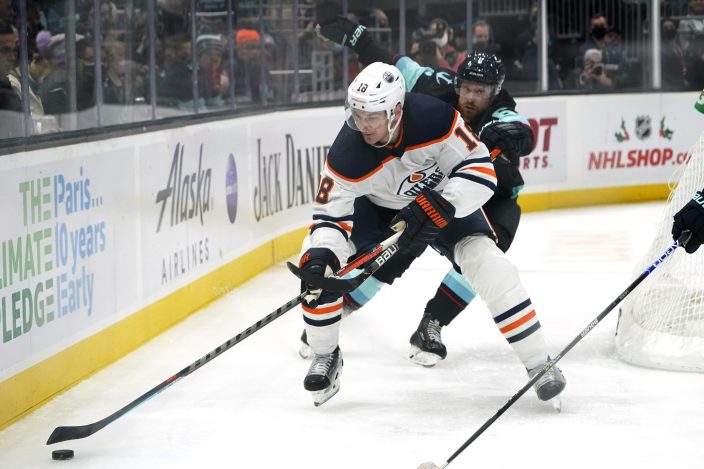 Seattle scratched F Jordan Eberle and F Jaden Schwartz for the second straight game. Eberle skated on his own before morning skate, while Schwartz did not. ... Kraken assistant coach Paul McFarland took a puck to the forehead that was sent into the Seattle bench in the first period. It left a large gash above his left eye. ... Draisaitl played in his 500th career game. ... Seattle’s Kole Lind picked up his first career point assisting on Blackwell’s goal.