French President Emmanuel Macron met Saudi Crown Prince Mohammed bin Salman on Saturday for the final leg of a two-day Gulf tour. Concerns over Iran's nuclear program, the multiple crises in Lebanon and the ongoing war in Yemen were expected to be aired in private by both sides.

Earlier in the day, Macron was in Qatar, where he told reporters that France and a number of European nations were considering opening a joint diplomatic mission in Afghanistan but stressed it would not mean recognition of the country's Taliban rulers.

He also said he would be raising the issue of Lebanon with the Saudi crown prince, particularly the importance of standing by the politically deadlocked country as it careens from one crisis to another. 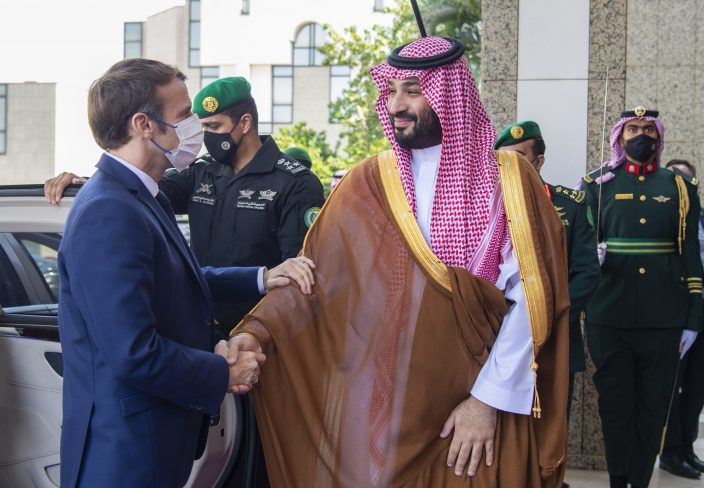 In Saudi Arabia, Macron met the crown prince in the Red Sea city of Jiddah, where the kingdom is in the midst of hosting its first ever Formula One race and a pop concert by Justin Bieber, despite calls by rights groups for a boycott. It's the latest push by the young crown prince to showcase the social reforms he's ushered in and been hailed for. Simultaneously, though, the prince has also spearheaded a pervasive crackdown on human rights activists and critics, culminating in the killing of Saudi writer Jamal Khashoggi in late 2018 in Turkey, an operation that stained the prince's reputation abroad.

Macron, 43, has consistently kept a line of communication open with the 36-year-old heir to the Saudi throne, including during times of international controversy. Most notably, the French president's intervention was seen as key in 2017 in assisting Lebanon's then-Prime Minister Saad Hariri to leave Saudi Arabia after allegedly being compelled to resign from his post during a visit to the Saudi capital, Riyadh.

Lebanon is expected to again feature in Macron's talks with Prince Mohammed. Lebanon, already suffering from an unprecedented economic crisis, is facing additional economic and diplomatic pressure from Gulf Arab states, chiefly Saudi Arabia due to frustration over the Iran-backed Hezbollah group's domination of Lebanese politics. 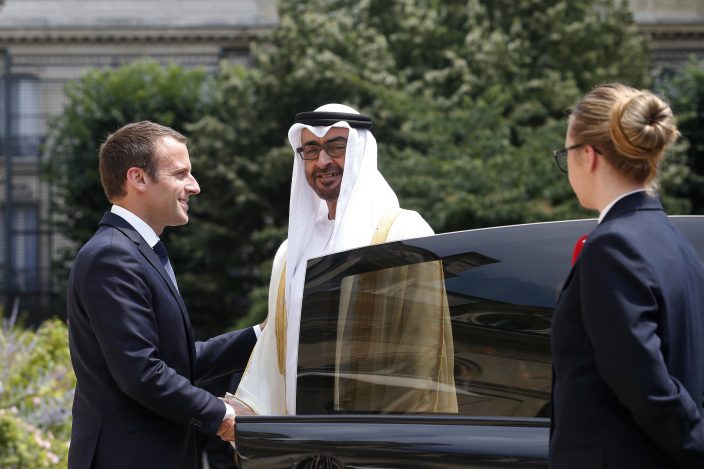 Hours before arriving in Jiddah, Macron said it is “absolutely necessary” that the region reopens economic relations and helps Lebanon during its time of need. He said he discussed this with Qatar's ruling emir and would do so with the crown prince in Saudi Arabia.

To help ease tensions ahead of Macron's trip to Jiddah, a Lebanese minister who had criticized the Saudi-led war in Yemen and whose comments sparked the latest Gulf spat resigned from government Friday. He said he stepped down ahead of the trip in the hopes the move could help the French president's efforts to restore Saudi-Lebanese relations.

“I think that this resignation has made it possible to relaunch the possibility of discussions, especially with Saudi Arabia," Macron told reporters in Qatar. “The first objective must be that the Lebanese government can function normally, that is to say, meet, work and move forward on indispensable reforms.” 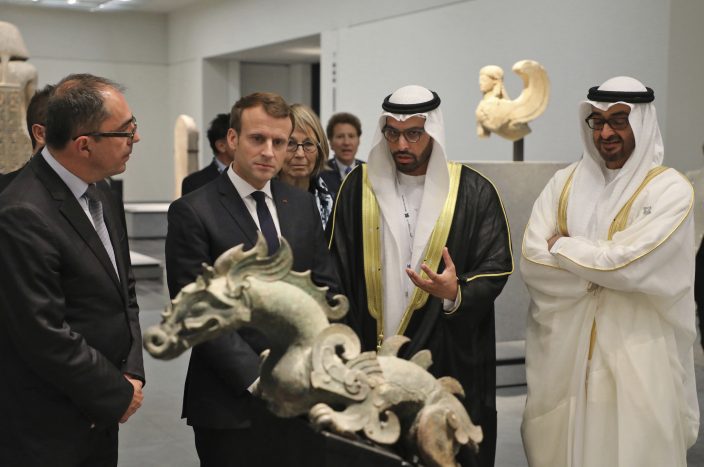 While in Qatar early Saturday, Macron praised the tiny Gulf state's role in assisting with evacuation efforts of European citizens out of Afghanistan following the Taliban's takeover of the country over the summer.

He said France and other EU countries are thinking about “having a common site to several European countries where our ambassadors or chargés d’affaires can be present” in Afghanistan. He stressed this would not signal political recognition or political dialogue with the Taliban.

Throughout his meetings in the Gulf, Macron's talks have also focused on the revived talks regarding Iran’s nuclear deal with world powers, of which France is a party to. France, Germany and the United Kingdom have signaled the 2015 nuclear agreement — with minor tweaks — is the way forward with Iran. The United Arab Emirates and Saudi Arabia had opposed the negotiated deal with Iran, though both have since held talks with Tehran to cool tensions. 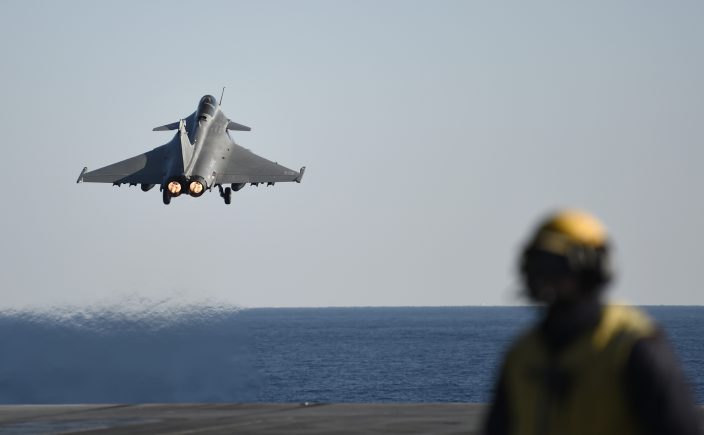 FILE - A French Rafale jet fighter takes off from France's aircraft carrier Charles-de-Gaulle, used in the U.S.-led operation against Islamic State group in Syria and Iraq in the eastern Mediterranean Sea, Friday Dec. 9, 2016. France announced the signing Friday Dec.3, 2021 of a 16 billion-euro ($18 billion) armaments mega-contract for the sale of 80 of its Rafale warplanes to the United Arab Emirates. (Stephane de Sakutin, Pool Photo via AP, File)

During Macron's visit to the UAE on Friday, France announced the UAE is buying 80 upgraded Rafale warplanes in a deal worth 16 billion euros ($18 billion) and represents the largest-ever French weapons contract for export. The deal faced criticism by human rights groups concerned about the UAE’s involvement in the war in Yemen.

Berlusconi drops bid to be elected as Italy's pres ...