Five-time Olympic medalist Kjetil Jansrud of Norway will return home to be evaluated after damage was detected to the cruciate ligament in his knee following his crash during a World Cup super-G race.

The team announced the update Saturday morning and said it was too early to say if surgery would be necessary. Jansrud will head back with the team Monday.

The Winter Olympics in Beijing are two months away and Jansrud’s considered a strong medal contender.

Jansrud was around 25 seconds into his super-G run Friday and setting up for a hard turn on the challenging Birds of Prey course when he spun out. He then slid across the snow, hit his shoulder on a bump and bounced into the fence.

The 36-year-old stayed down as medical personnel attended to him. He eventually stood, clicked back into his boots and skied down. He went over to congratulate teammate and good friend Aleksander Aamodt Kilde, who won the event, before leaving the hill. 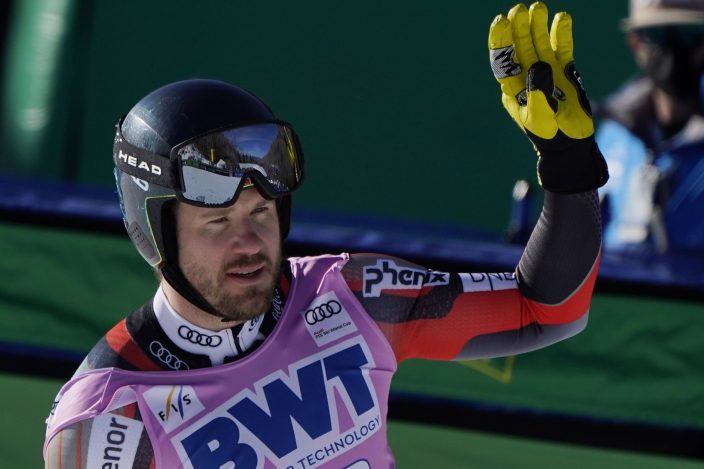 “Sitting in the leader chair doesn’t really mean anything when your buddy’s crashing into the net and you see him get injured,” said Kilde, who suffered a torn ACL last January in a crash.

Jansrud recently said this may be his final season on the ski racing circuit. He left the door open, though, in a recent interview with The Associated Press.

“I was very comfortable with the decision in the summer and in the fall, but I also gave myself kind of a way out — if I was fast and winning races,” said the charismatic Jansrud, whose last World Cup win was Jan. 24, 2020, during a super-G in Austria. “All in all, very comfortable with the decision. I’ve experienced a lot of good stuff on the tour. But the closer I get, the more scary it is. You’ve got to really make that decision.”

His ski racing resume includes 23 World Cup wins, a downhill title at the 2019 world champions and five Olympic medals, including gold in the super-G at the 2014 Sochi Games.

But the mark he hopes to leave behind is simple: Being a gracious competitor and good friend.

“A legacy where I can say that I won a lot but I still kept the friends in World Cup,” Jansrud said. “I will be able to knock on that door and hopefully be met with a warm cup of coffee and an exchange of good stories. So the friends would mean more to me than the victories.”

Rams hope 3rd time is a charm in NFC title matchup vs. ...

A Boston hospital is defending its ...

Woman accused of throwing kids in lake charged with mur ...

A Louisiana woman accused of throw ...