Neither were 20-play drives that resulted in no points.

That long march that consumed more than 11 minutes of the second quarter didn't lead to a 22-9 loss to the Chiefs by itself, but it sure didn't help matters. And Fangio's failed decision to go for it on fourth-and-2 at the Kansas City 8, rather than hit a field goal to make it a 10-6 game at halftime, left the demoralized Broncos playing catch-up the rest of the way. 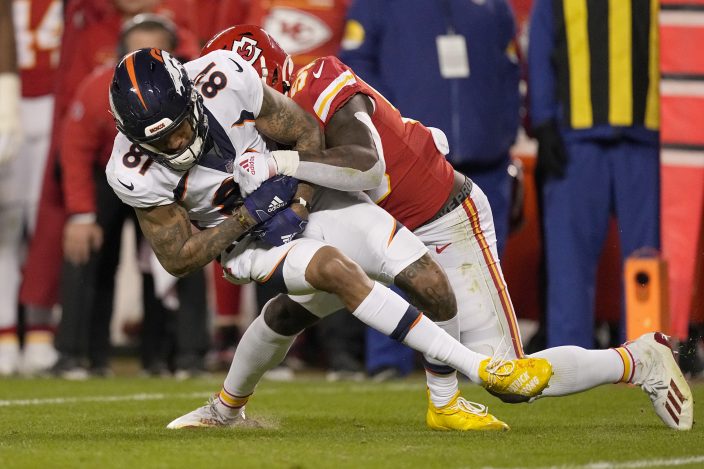 There was Courtland Sutton's pass route on third-and-7 that he failed to run to the first-down marker on the opening drive of the second half, and the ball that Teddy Bridgewater threw on the next drive that was picked off by Juan Thornhill.

There was the gaffe by the punt return team a few minutes later, when Caden Sterns ran into return man Diontae Spencer and the Chiefs hopped on the loose ball, and Bridgewater's pick-6 to Daniel Sorensen that put the game away. 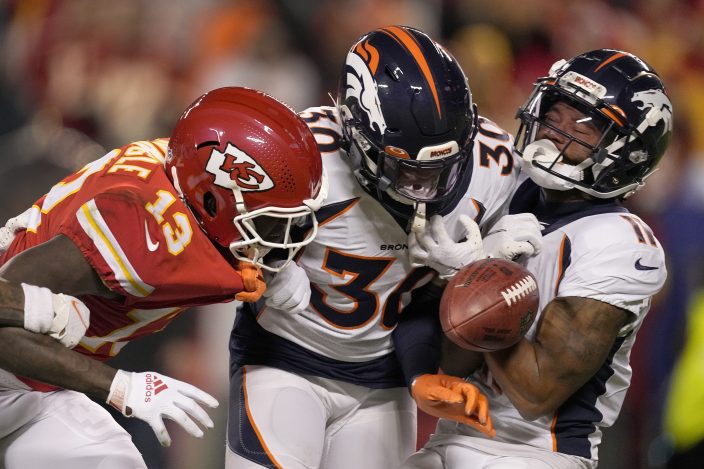 That's not going to get it done against the two-time defending AFC champions, especially when the Chiefs are coming off a late-season bye. Andy Reid improved to 20-3 when he has a week off to prepare for an opponent.

Meanwhile, the Chiefs must have decided that field goals were in fact going to beat Denver.

Harrison Butker drilled a 56-yarder into the wind late in the first quarter, split the uprights from 45 yards out in the third, then tacked on a 26-yard chip shot to stake Kansas City to a 16-3 lead. 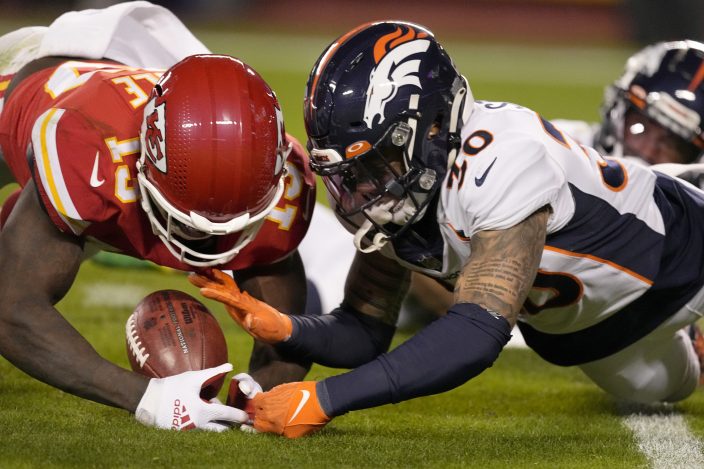 The result was another loss to the Chiefs in what is fast becoming a lopsided series.

Kansas City has won 12 straight in the series, which means quarterback Patrick Mahomes has never lost to the Broncos in nine career starts — including the first of his career and one that ended with an injury. The Broncos dropped to 3-20 when they play at Kansas City in December dating to their days together in the AFL. And they squandered a somewhat surprising chance to take their first AFC West lead this late in the season in six full years.

Bridgewater finished with 257 yards passing with the two interceptions. Javonte Williams started in place of injured running back Melvin Gordon III and ran for 102 yards while catching Bridgewater's lone TD toss late in the fourth quarter.

Otherwise, the miscues far outpaced the highlights on another bleak Broncos trip to Arrowhead Stadium.