Evgenii Dadonov scored his seventh goal of the season and the Vegas Golden Knights beat the Calgary Flames 3-2 on Sunday night.

Less than two minutes after Calgary’s Elias Lindholm cut the Golden Knights' 2-0 lead in half, Dadonov responded by smacking a rebound past Flames goalie Jacob Markstrom to give Vegas a 3-1 lead.

Max Pacioretty and Nicolas Roy also scored for the Golden Knights, while Robin Lehner made 24 saves. 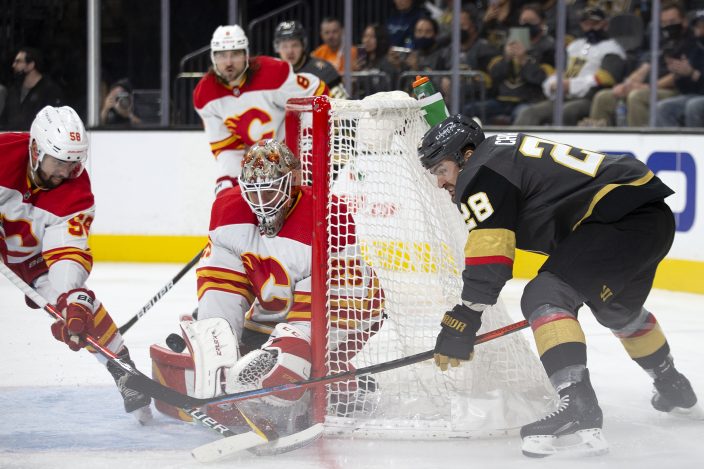 Capitalizing on a turnover initiated by captain Mark Stone, the Golden Knights opened the scoring late in the first period. Stone fired a pass through the neutral zone to Stephenson, who raced in for a breakaway a step ahead of Rasmus Andersson but fed a trailing Pacioretty. He fired it past Markstrom to extend his point streak to five games (four goals and three assists since Nov. 24).

Vegas extended its lead to two goals early in the third period. Markstrom blocked a shot by Shea Theodore, but Theodore gathered the puck and swiftly sent the puck to the slot where Roy fired it in with a wrist shot. 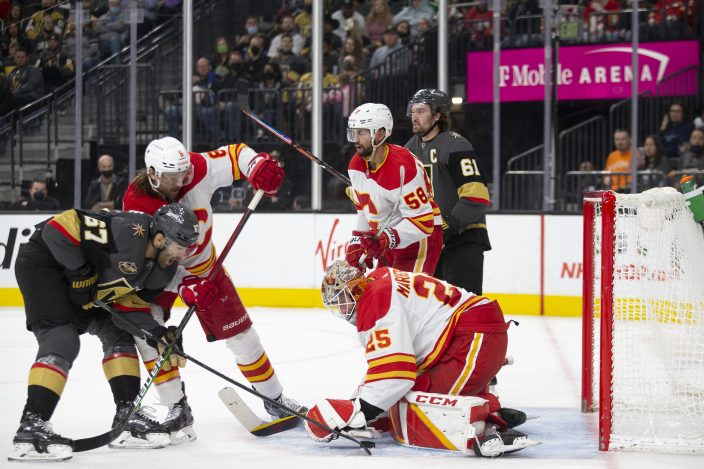 Mangiapane’s 17th goal of the season came with 2:41 left in the game, cutting Vegas' lead back down to one, but the Golden Knights held on.

The Golden Knights improved to 9-3-0 all-time against Calgary, and are now a perfect 7-0-0 against the Flames at T-Mobile Arena.

Calgary: At San Jose on Tuesday.