It was reasonable to believe, or hope, that the pandemic would steadily recede in the rear-view mirror, that a White House transition might mean less political rancor, that America could honorably end its “forever war” in Afghanistan.

Television, which helped shape our expectations, was there to witness them being upended. It also was our window when racism met its match in court; when the “Star Wars” franchise proved its enduring power and Oprah Winfrey did the same; Capt. Kirk soared into space, and a movie production turned deadly. 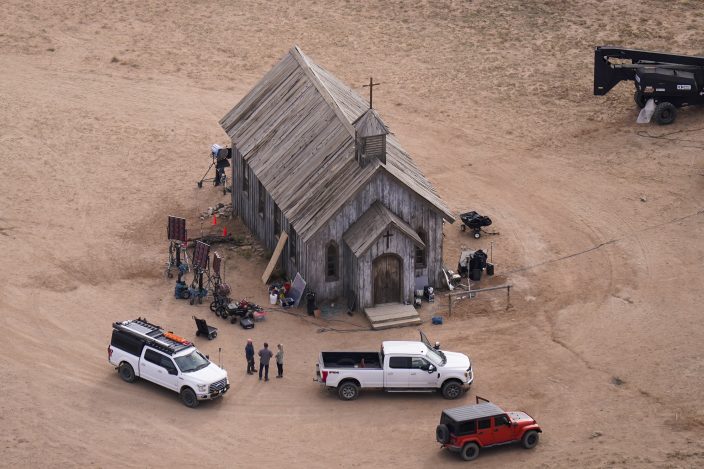 FILE - This aerial photo shows the Bonanza Creek Ranch in Santa Fe, N.M., on Oct. 23, 2021. Actor Alec Baldwin fired a prop gun on the set of a Western being filmed at the ranch on Oct. 21, killing the cinematographer, officials said. (AP PhotoJae C. Hong, File)

Here are some of the year’s defining TV moments from the perspective of The Associated Press’ television and media writers.

Every four years, Congress’ certification of the presidential electoral vote is so routine it barely merits a footnote in the media. Not this year. Egged on by soon-to-be former President Donald Trump, a crowd of angry demonstrators demanding that the counting be stopped surrounded the U.S. Capitol on Jan. 6 and broke into the building. Lawmakers scattered, police were beaten and a woman was shot as she tried to climb through a window that led to the House floor. At first, images captured the horror largely from a distance. But countless cameras were watching — including those held by rioters — and as the days, weeks and months went by, new video emerged giving a fresh look at what happened. 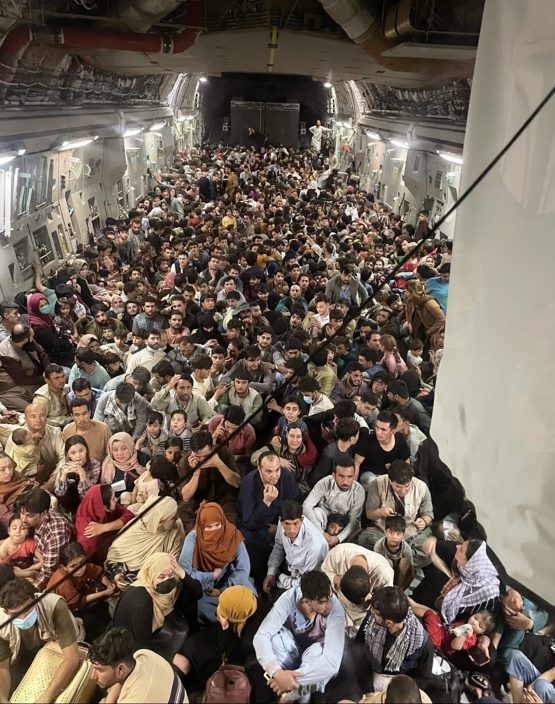 FILE - Afghan citizens pack inside a U.S. Air Force C-17 Globemaster III, as they are transported from Hamid Karzai International Airport in Afghanistan, on Aug. 15, 2021. America’s two-decade war and reconstruction effort in Afghanistan, which cost thousands of U.S. and Afghan lives and billions of dollars, ended in chaos and more death in August. As the remaining American troops were evacuated and those who had aided them desperately sought a way out, there were flashbacks to the fall of Saigon in 1975. (Capt. Chris HerbertU.S. Air Force via AP, File)

Hollywood make-believe has turned deadly before. But on the set of “Rust” in October it was a well-known actor, Alec Baldwin, who held the antique gun that killed cinematographer Halyna Hutchins and wounded director Joel Souza. The first wave of frenzied media coverage focused on photos, including one of Baldwin doubled over in anguished reaction to Hutchins’ death and another, undated, of armorer Hannah Gutierrez Reed striking a pose with two guns in hand. But it was a snapshot posted by Hutchins’ husband that conveyed the wrenching loss: In it, a relaxed, sunlit Hutchins stands with one arm wrapped around her young son, the other raised to the brim of a jaunty hat. 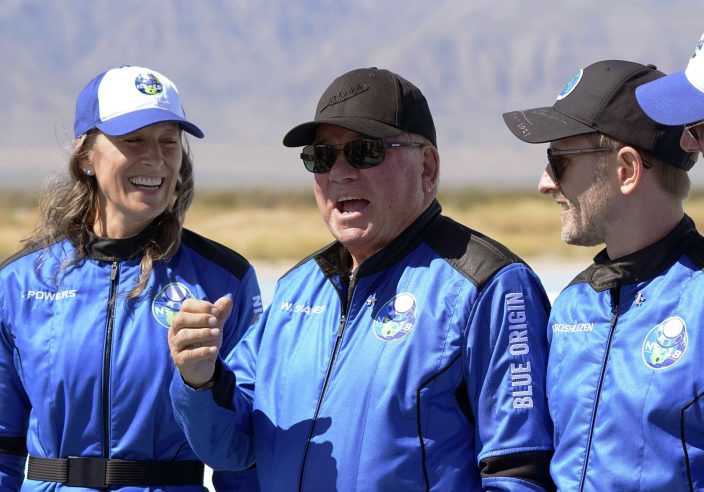 FILE - William Shatner, center, speaks as Audrey Powers, left, and Chris Boshuizen appear during a press availability at the Blue Origin spaceport near Van Horn, Texas, on Oct. 13, 2021. The "Star Trek" actor and the three fellow passengers soared to an altitude of 66.5 miles (107 kilometers) over the West Texas desert in a fully automated capsule, in a flight that lasted just over 10 minutes. (AP PhotoLM Otero, File)

America’s two-decade war and reconstruction effort in Afghanistan, which cost thousands of U.S. and Afghan lives and billions of dollars, ended in chaos and more death in August. As the remaining American troops were evacuated and those who had aided them desperately sought a way out, there were flashbacks to the fall of Saigon in 1975. Then, U.S. military and other helicopters scrambled to airlift Vietnamese allies to safety. Among the indelible images this time: a father in a surging crowd handing his baby to soldiers over a razor-wire fence. Once again, Americans lamented the outcome of U.S policies.

In the original space race, astronauts had the right stuff and the USA and USSR were rivals. In this summer’s version, passengers had the right bank account or sway to get a seat, and a trio of billionaires — Jeff Bezos, Elon Musk and Richard Branson — competed for space-tourism supremacy. Observers carped about galactic-sized egos and privilege, but TV couldn’t resist the thundering rocket launches or William Shatner, 90, wisecracking his way where no “Star Trek” actor had gone before. 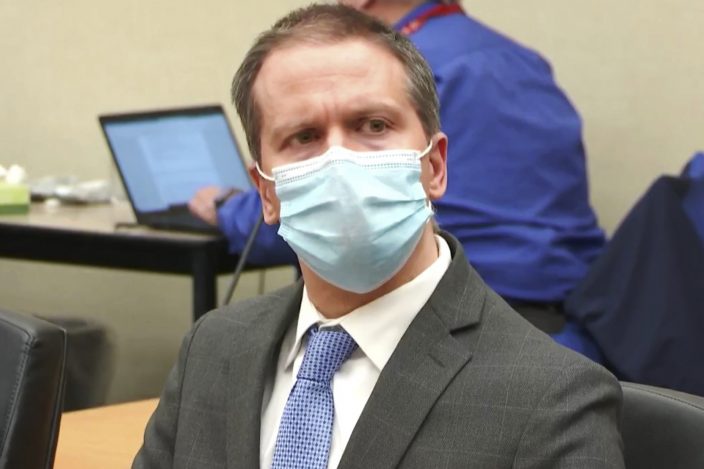 FILE - Former Minneapolis police Officer Derek Chauvin listens to verdicts at his trial on April 20, 2021, for the 2020 death of George Floyd in Minneapolis, Minn. Filmed by a teenage bystander, Chauvin pinned Floyd to the pavement for about 9 and a half minutes and ignored Floyd's "I can't breathe" cries. (Court TV via AP, Pool, File)

Relief. That was the immediate emotion for many Americans in April when a jury found Minneapolis police Officer Derek Chauvin guilty of murder for kneeling on the neck of George Floyd. For three weeks, television viewers followed the trial more closely than any other proceeding in years. The prosecution’s repeated revisit to the disturbing video of Chauvin’s refusal to move, despite the pleading of Floyd and bystanders, reopened a wound in the nation's psyche that hadn’t really closed. The fear of what a different verdict might bring led to the collective exhale the verdict inspired. 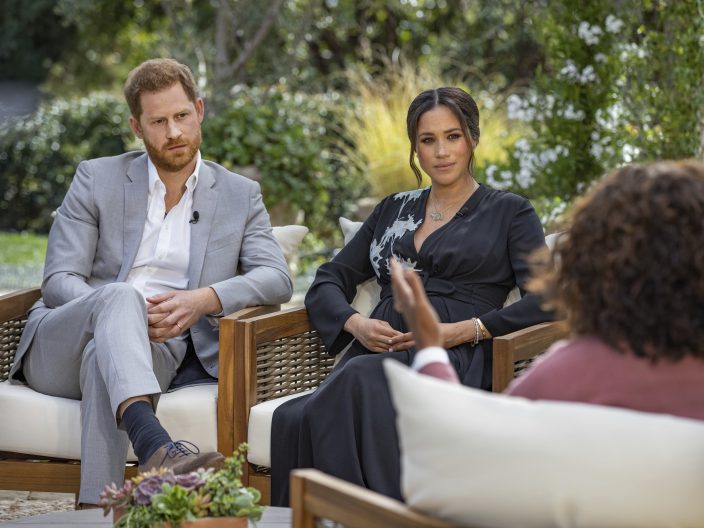 FILE - This image provided by Harpo Productions shows Prince Harry, from left, and Meghan, Duchess of Sussex, during an interview with Oprah Winfrey. (Joe PuglieseHarpo Productions via AP, File)

An interview with a photogenic young couple who gave up their rarefied royal life in Britain could have been merely a gossipy diversion. But with Oprah Winfrey doing the questioning, and Prince Harry and Meghan, the Duke and Duchess of Sussex, appearing ready and willing to be candid, the conversation proved newsworthy. One bombshell was delivered by Meghan about son Archie, now 2: Someone in the palace had wondered aloud how “dark his skin might be when he’s born.” Winfrey blurted out, ”What? Hold up,” reinforcing the power of the exchange between two Black women. At the time of the interview Meghan was pregnant with daughter Lili, who was born in June.

Roll up your sleeve! In the early days of 2021, television screens were filled with images of people across the country getting shots of the COVID-19 vaccine After the world had been altered by death and fear, it seemed a sign that the pandemic would soon be over and life would return to normal. Millions of people were vaccinated, but many more weren't, out of personal cautiousness or the unexpected view that refusal was a political statement. Between that and the emergence of new variants, hope for a quick end to the coronavirus faded. 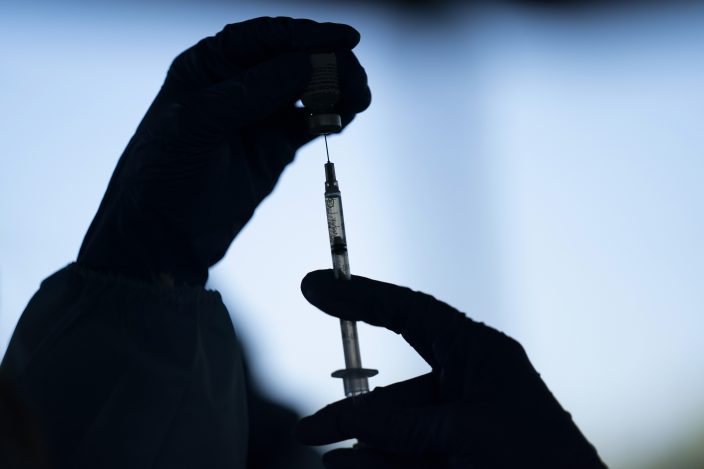 FILE - A medical staff member prepares the Pfizer-BioNTech COVID-19 vaccine at Tudor Ranch in Mecca, Calif. on Jan. 21, 2021. In the early days of 2021, television screens were filled with images of people across the country getting shots of the new COVID-19 vaccine. (AP PhotoJae C. Hong, File)

TV’s smartest game show was clueless when it mattered: finding a successor for beloved host Alex Trebek. “Jeopardy!” made executive producer Mike Richards the surprise pick in August, then later that month bid him farewell because of unsavory past podcast remarks. Mayim Bialik, set to host prime-time “Jeopardy!” specials, filled in with an assist from an all-time champ, Ken Jennings. Stellar contestants Matt Amodio and Amy Schneider also came to the rescue, reaffirming the late Trebek's mantra that players, not the host, make the show. Trebek died in November 2020, shortly after taping his final shows. 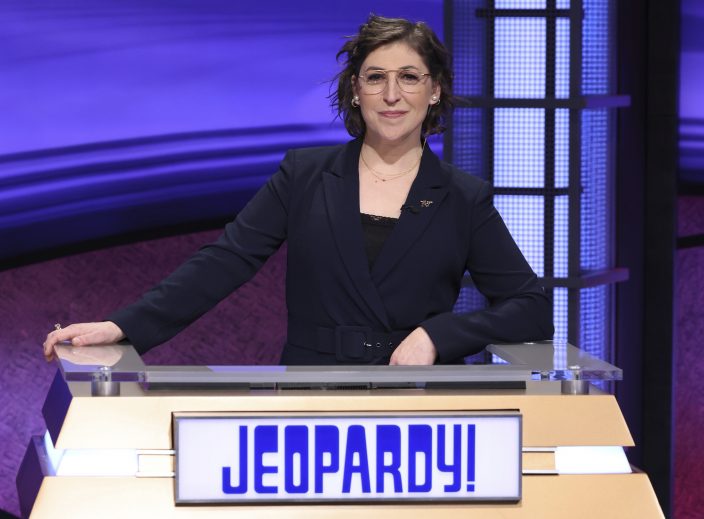 FILE - In this image provided by Jeopardy Productions, Inc., guest host Mayim Bialik appears on the set of "Jeopardy!" TV’s smartest game show was clueless when it mattered: replacing its beloved host Alex Trebek. “Jeopardy!” made executive producer Mike Richards the surprise pick, then in August bid him farewell because of unsavory past podcast remarks. Mayim Bialik, set to host prime-time “Jeopardy!” specials, filled in with an assist from an all-time champ, Ken Jennings. (Carol KaelsonJeopardy Productions, Inc. via AP, File)

“Not guilty.” Five times the phrase was repeated in court, and at the last one, Kyle Rittenhouse convulsed into sobs and his legs gave way. The November verdict in a Wisconsin courtroom ended the 18-year-old’s murder trial, the jury believing he acted in self-defense in shooting three people during protests over racial injustice. Like so many things today, his trial became a proxy for political warfare, this time over guns and justice. Within days, Rittenhouse was telling his story to Tucker Carlson on Fox News Channel.

It was a big reveal unequaled by any in reality TV. On “The Mandalorian” season two finale, The Child aka Grogu was in the clutches of Moff Gideon, backed by the Dark Troopers. Then a hooded, lightsaber-wielding Jedi emerged from a X-Wing spacecraft, saved the day and revealed his identify — young Luke Skywalker, as portrayed by a computer age-adjusted Mark Hamill, R2-D2 at his side. There were whoops of joy from “Star Wars” enthusiasts, and the universe smiled. The episode arrived in late December 2020, yes, but it’s timeless, as is Hamill’s response to fans. 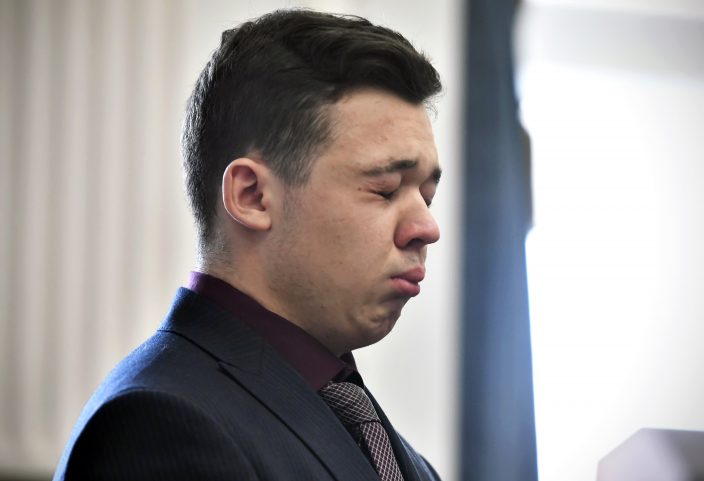 FILE - Kyle Rittenhouse reacts as he is found not guilty on all counts at the Kenosha County Courthouse in Kenosha, Wis., Friday, Nov. 19, 2021. The November verdict in a Wisconsin courtroom ended the 18-year-old’s murder trial, the jury believing he acted in self-defense in shooting three people during protests over racial injustice. (Sean KrajacicThe Kenosha News via AP, Pool) 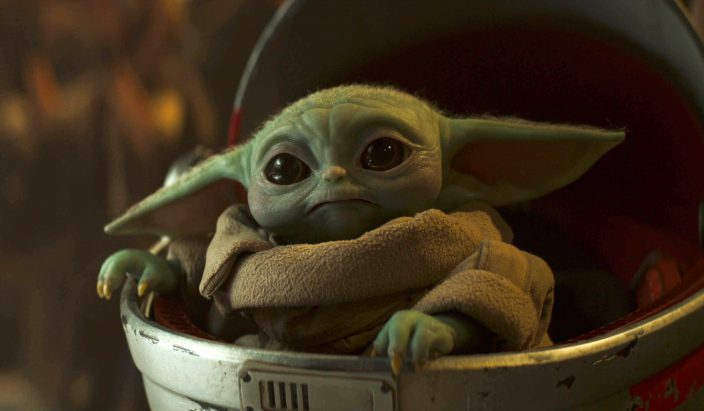 This image released by Disney+ shows Grogu in a scene from the second season of "The Mandalorian." (Disney+ via AP)

EXPLAINER: Why effort to help Afghanistan is falling sh ...

As winter deepens, a grim situatio ...

Democrats braced for disaster when ...