President Joe Biden pledged Monday that his social agenda legislation would deliver tangible savings on prescription drugs for all Americans. Relief that consumers have clamored for is now in sight, he asserted.

But first the bill has to pass Congress, where plenty of obstacles remain in its path.

Biden tried to shift the focus to pocketbook provisions overlooked in the political machinations over his $2 trillion legislation, which deals with issues from climate to family life and taxes. Even before concerns over rising inflation, polls consistently showed support from Americans across the political spectrum for government action to lower drug costs. 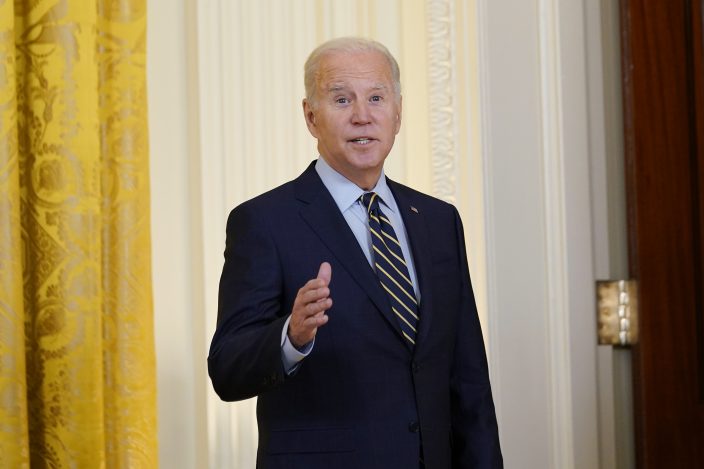 President Joe Biden turns back to answer a reporters question after he spoke from the East Room of the White House in Washington, Monday, Dec. 6, 2021, on his administrations plans to lower the costs of prescription drugs, letting Medicare negotiate drug prices, capping how much seniors and people with disabilities have to pay for drugs. (AP PhotoSusan Walsh)

“It’s safe to say that all of us can agree that prescription drugs are outrageously expensive in this country,” Biden said at the White House.

“I'm committed to using every tool I have to lower prescription drug costs for Americans consistent with the drug companies getting a fair return on their investment,” he added.

But even if Biden and his fellow Democrats succeed in their final push to pass the legislation, a major political difficulty awaits them: Dividends from their prescription drug provisions won't show up right away, while the pain of rising costs is real and present. Democrats will have to point to promised, not actual, savings in next year's midterm elections. 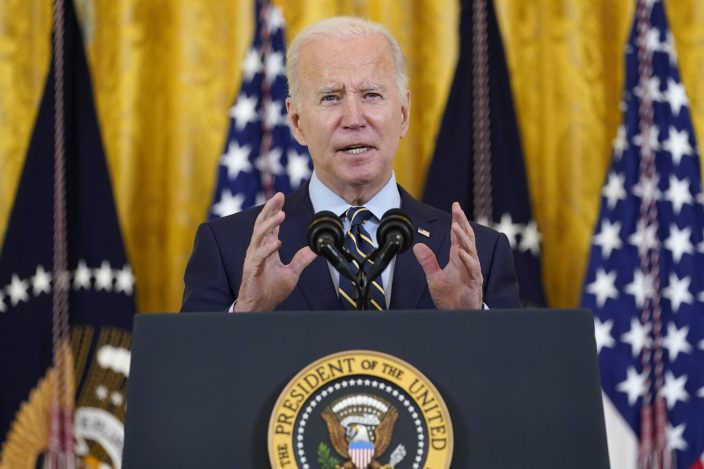 President Joe Biden speaks from the East Room of the White House in Washington, Monday, Dec. 6, 2021, on his administrations plans to lower the costs of prescription drugs, letting Medicare negotiate drug prices, capping how much seniors and people with disabilities have to pay for drugs. (AP PhotoSusan Walsh)

The biggest policy change — a system for Medicare to negotiate prices for prescription drugs — won't begin to deliver lower costs until 2025, and then only for a selected set of 10 medicines, as well as insulin products. The number of drugs subject to negotiations would build with time, reaching 100 in six years and continuing to grow by 20 a year.

Other provisions would take effect earlier.

— Copays for insulin would be limited to $35 a month, starting in 2023. Biden called the high cost of insulin “one of the most egregious examples” of overpriced medicines. He was introduced at the White House by a young woman, Iesha Meza, who couldn't afford insulin for her Type 1 diabetes and was hospitalized in a coma.

— Drugmakers would be required to pay rebates to Medicare if they raise prices faster than inflation, starting that same year. That provision would benefit people with private insurance as well.

— Medicare recipients with high drug costs would finally get a cap on their annual financial exposure, $2,000 starting in 2024.

— Shingles vaccines and other shots covered under Medicare's “Part D” pharmacy benefit would be cost-free to consumers, starting in 2024.

The social legislation has passed the House and is pending before the Senate, where it could come to the floor as early as next week.

Some of the key prescription drug provisions face parliamentary challenges under Senate rules. The powerful pharmaceutical industry is maneuvering to strip out as much as possible. Drug companies oppose the entire bill, arguing that limits on their ability to set prices would stifle investment that fuels innovation.

But Biden said the industry has lost the debate with the American people.

“This is not a partisan issue,” said Biden. "Diabetes, Alzheimer's, cancer — so many other diseases. They don't care whether you are a Democrat or Republican.

“We need Congress to finish the job,” he emphasized.

Core provisions of the Biden bill draw from earlier legislation that was supported by then-President Donald Trump but failed to advance. Those include the cap on out-of-pocket costs for seniors and penalties on drug companies that raise prices faster than inflation.

The $35 monthly copays were also introduced under Trump through regulation, and are now available in a limited though growing number of Medicare prescription plans. Biden would greatly expand access and benefits.

Meanwhile, Medicare recipients are about to get an unwelcome illustration of the impact of high drug costs.

About half of next year's $21.60 increase to Medicare's “Part B” monthly outpatient premium is due to the program's need to financially prepare for a pending coverage decision on a $56,000-a-year Alzheimer's drug called Aduhelm. Notices have already gone out to millions of seniors telling them their cost in January will jump to $170.10.

Sen. Bernie Sanders, the Vermont Independent, is asking the Biden administration to hold back on that increase, a painful hit ahead of any benefits from the prescription drug legislation. But Biden did not address the issue in his speech Monday, and the Democrats' bill is currently silent on it as well.

UK court to rule on Assange bid to prevent US extraditi ...